The Chestnut Cracked Open – 8 Things You Need to Know

Chestnuts are edible tree nuts from the deciduous tree family. The nuts are encased in a hard shell, similar to other tree nuts like walnuts and pecans.

Chestnuts are consumed either fresh, jarred, roasted, or can even be ground into flour. They are crunchy and bitter when raw, but become buttery and soft when roasted, with a flavor similar to sweet potatoes.

Chestnuts are high in tannic acid, which is why they are usually boiled or roasted before eating. This is one of the main reasons their popularity has waned in recent years.

Table of Contents
What to Expect When Trying a Chestnut
How Do You Eat a Chestnut?
What Do Roasting Chestnuts Smell Like?
Why Aren't Chestnuts as Popular Today as They Used to Be?
Do Chestnuts Taste Like Hazelnuts?
Can You Eat Chestnuts Raw?
Where to Buy Chestnuts
How Long Will Chestnuts Last?
Conclusion

What to Expect When Trying a Chestnut 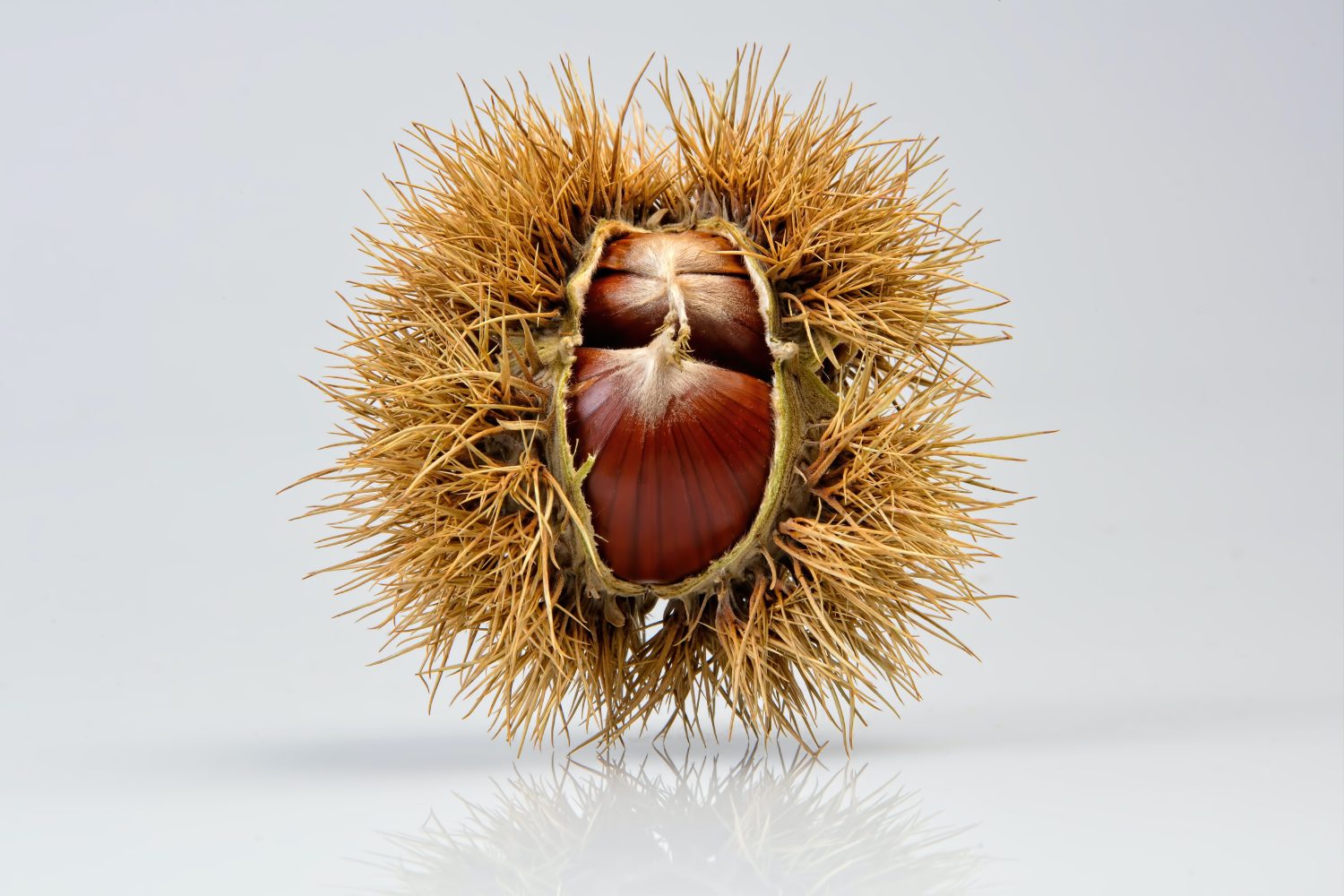 Roasted or boiled chestnuts differ greatly from raw chestnuts. Raw chestnuts are crunchy and bitter, while a cooked chestnut is soft and buttery, similar to a sweet potato.

Raw chestnuts are hard, but not too hard to bite into. Some compare the raw texture as leathery and as easy to bite in half as a raw carrot.

Chestnuts are rich in gallic acid and ellagic acid, both antioxidants, and chestnuts do not lose their nutritional value when cooked. For more information on chestnuts' health benefits, see Web MD's article, Health Benefits of Chestnuts.

How Do You Eat a Chestnut? 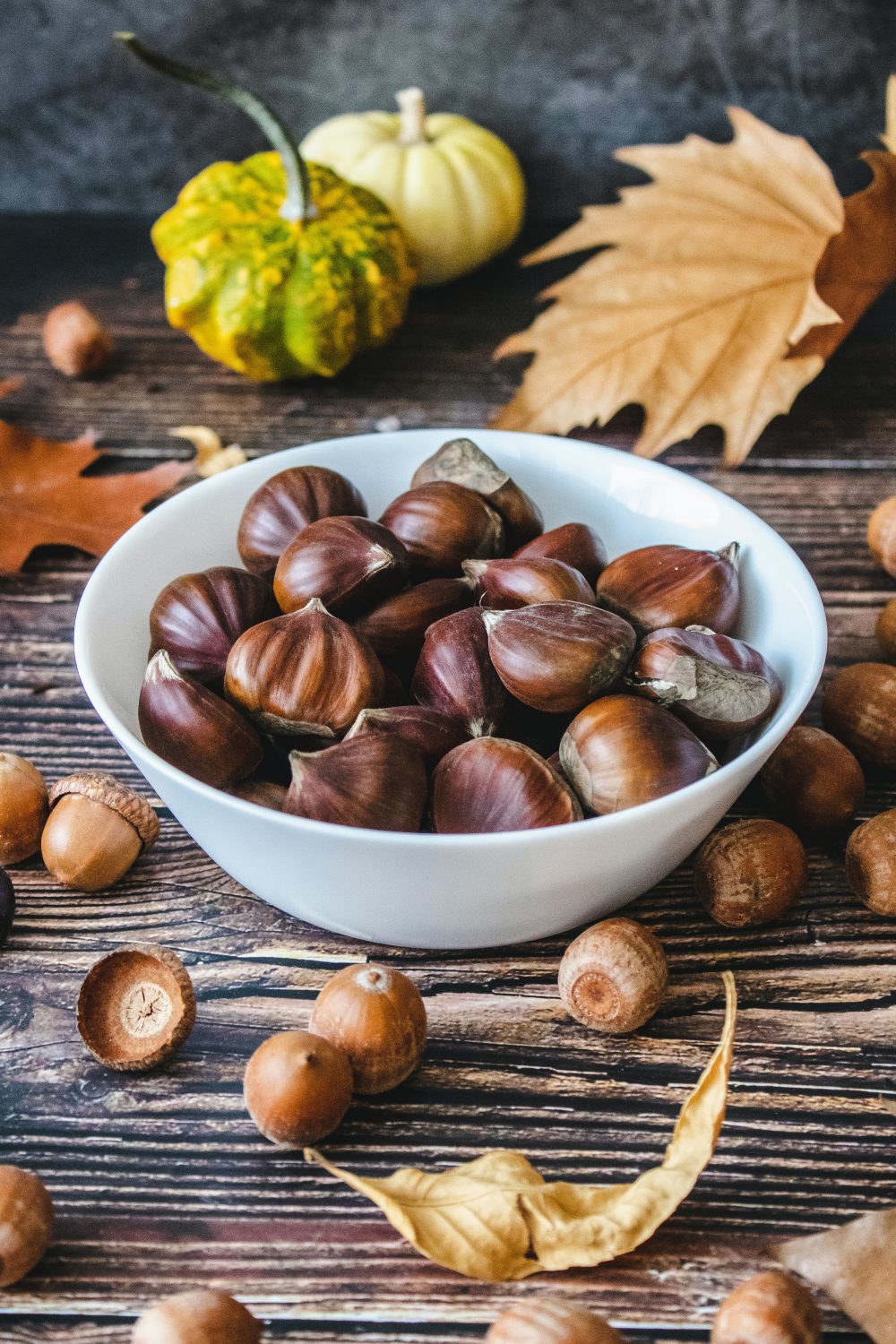 Chestnuts can be eaten raw, though many prefer them cooked. Raw chestnuts are encased in a hard, inedible shell and a papery, bitter skin that should be removed before consumption.

Chestnuts are generally eaten after they are cooked, as cooking changes the flavor of the nut significantly. The nuts turn soft and buttery once they are cooked, normally by roasting or boiling.

The best way to remove the nut from the shell is by peeling the outer husk and inner membrane away from the nut. The easiest way to prepare them is by simmering or roasting the chestnuts.

Rinse the raw chestnuts to remove any impurities, and make a slit with a pairing knife on the flat surface of the shell. Next, simmer the chestnuts in a pan of hot water for 15 minutes.

This process softens the outer shell and inner membrane and makes removing the meat from the shell less cumbersome. 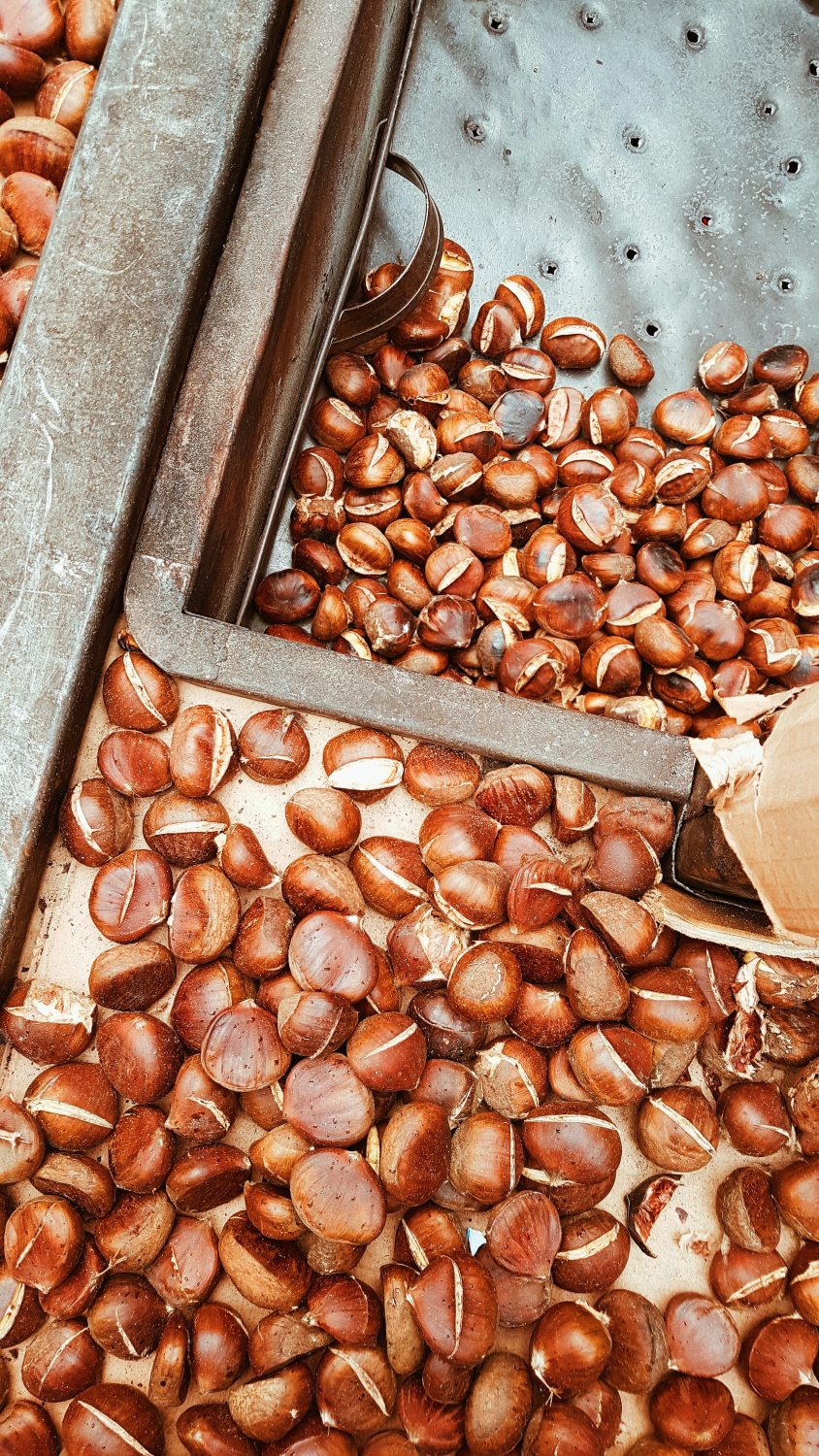 Chestnuts have strong ties to Italy; just like another Italian staple, the rich and nutty aromas bring back instant memories. Everyone remembers the popular Christmas song line, “Chestnuts roasting on an open fire…”

The smell of roasting chestnuts was synonymous with Christmas long before the holiday carol became a classic. Throughout the 18th and 19th century, the Eastern seaboard were covered in chestnut trees.

Christmas chestnuts for the Italians is a long-standing tradition that dates back centuries. These nuts were a principal food source for areas that were hard to cultivate and were easy to share with large families.

Why Aren't Chestnuts as Popular Today as They Used to Be? 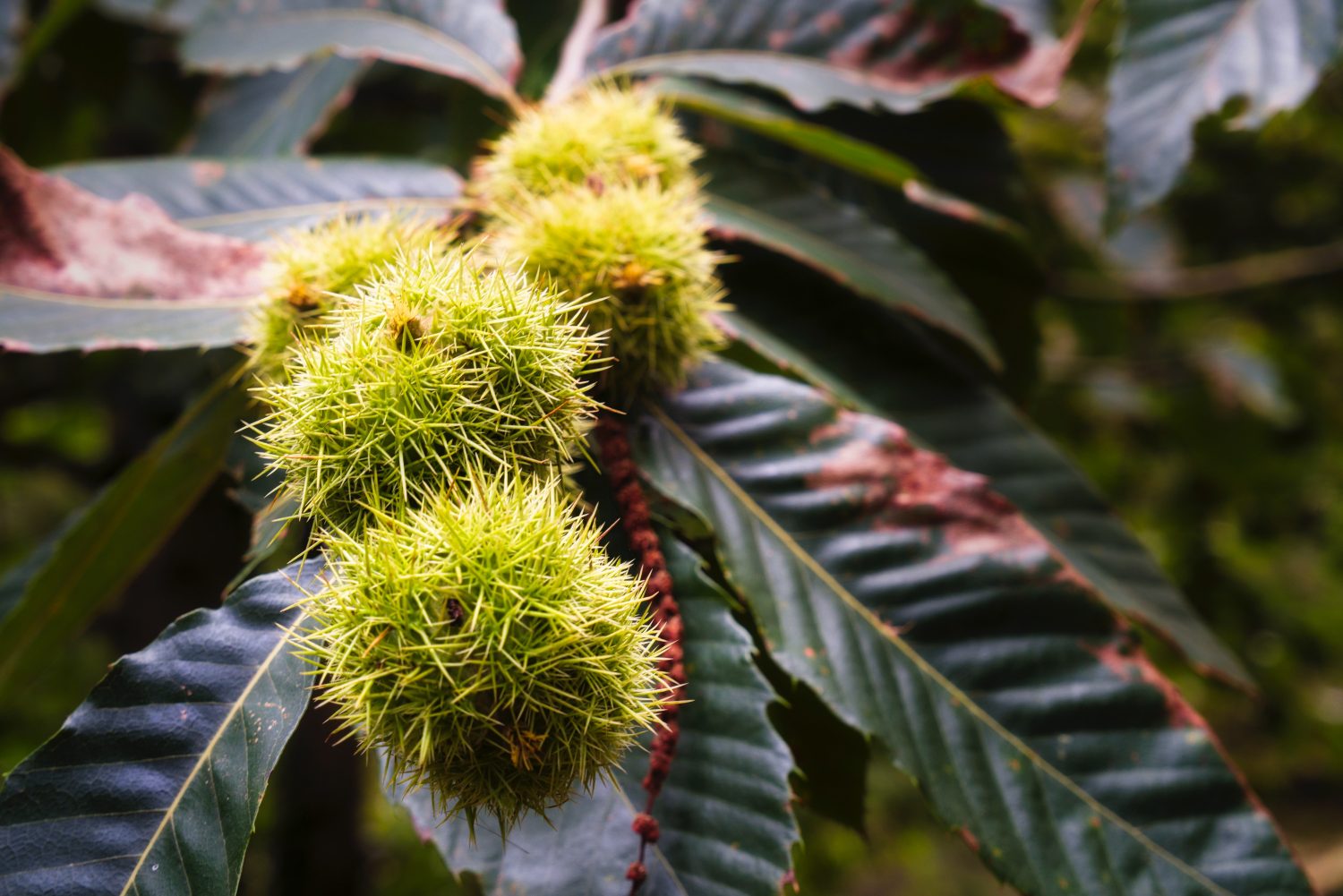 Chestnut trees, primarily in the United States, are not as popular as in past generations due to the species' decline. Chestnut trees lined the Eastern seaboard in colonial times, but ink disease decimated the population in the early 19th century.

These majestic trees, once numbered in the billions, declined drastically due to ink disease. The final blow came in the early 20th century when a disease called chestnut blight ravaged the remaining population.

The chestnut tree has been virtually extinct in the United States for decades. Therefore, the popularity has waned due to lack of production.

For a great article about the possible resurgence of this once popular tree, see the USDA article, What It Takes To Bring Back The Mythical Chestnut Tree.

Another reason chestnuts are down in popularity is due to the general blandness of the nut. Unless cooked, chestnuts are rather mild in flavor whereas most people prefer a saltier flavor, such as cashews or peanuts.

Cooked chestnuts are much sweeter than hazelnuts due to the Maillard effect. This culinary chemical reaction between amino acids reducing sugars causes browned foods to take on a pleasant aroma and flavor that differs from the foods original taste.

Hazelnuts have a nutty, earthy flavor, even when raw. Raw chestnuts are bitter and hard and most people cook them before eating them so that the flavor profile will change due to the Maillard effect.

Can You Eat Chestnuts Raw? 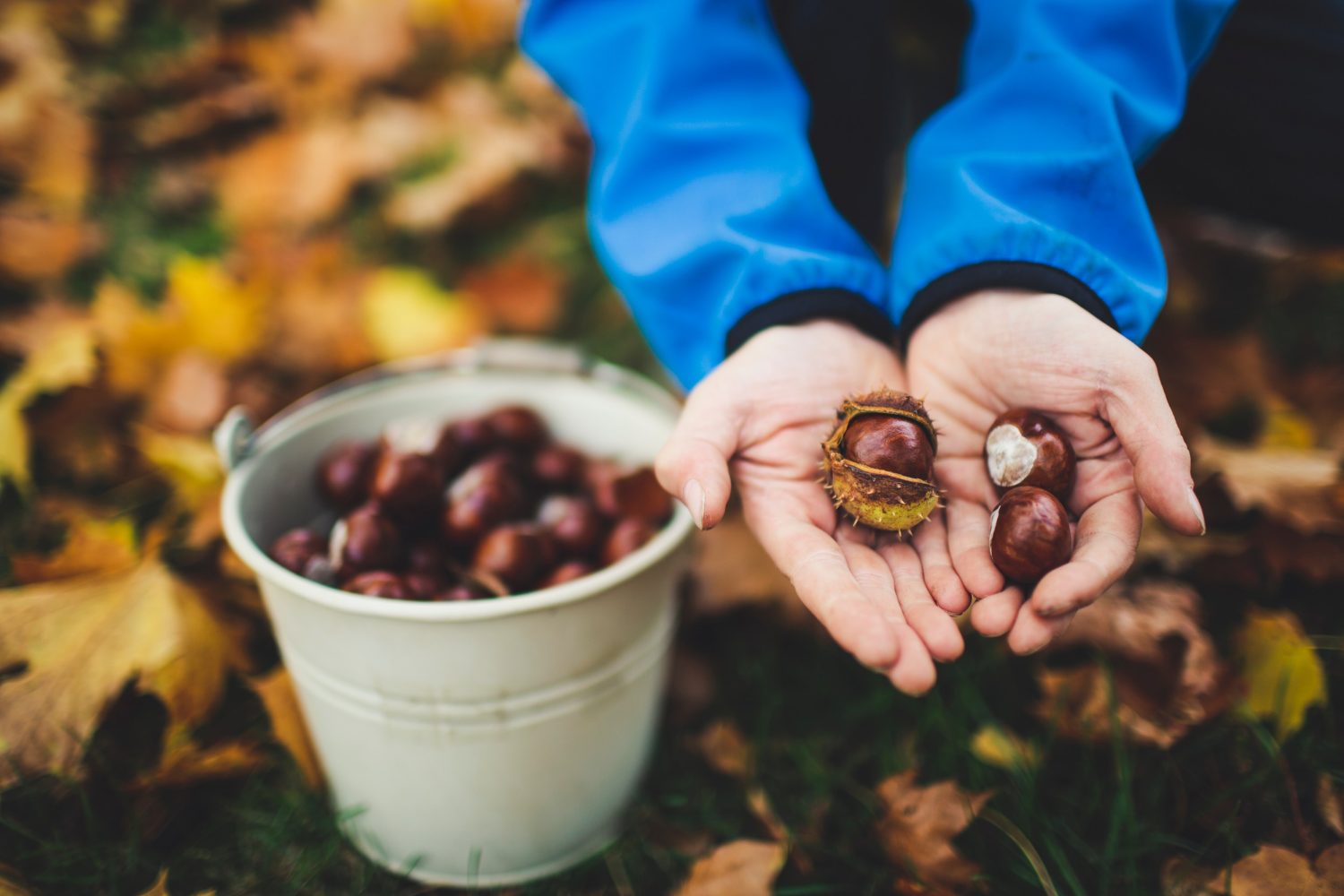 You can eat chestnuts raw but, as discussed earlier in this article, the flavor is bitter and not too pleasant. Raw chestnuts are high in tannic acid, which can be dangerous for some people to consume.

The sweet chestnut is edible but the horse chestnut is poisonous. Horse chestnuts cause digestive issues such as abdominal pain, nausea, vomiting, and throat irritation.

Traditionally, chestnuts are roasted or boiled before consumption. Cooking chestnuts reduces the level of tannic acid and makes them sweeter.

Where to Buy Chestnuts

Chestnuts can be purchased online or at regional grocery stores. The freshest chestnuts are sold during the winter and fall, which is the chestnuts maturation season.

One of the main reasons chestnuts were so popular in previous generations at Christmas time was their freshness and availability. Although the US chestnut population is all but extinct, these nuts can be purchased during the holiday season due to the peak harvesting time.

Most chestnuts purchase in American stores are imported from Europe and China. However, there are US farms devoted to bringing this classic tree nut back to popularity.

How Long Will Chestnuts Last? 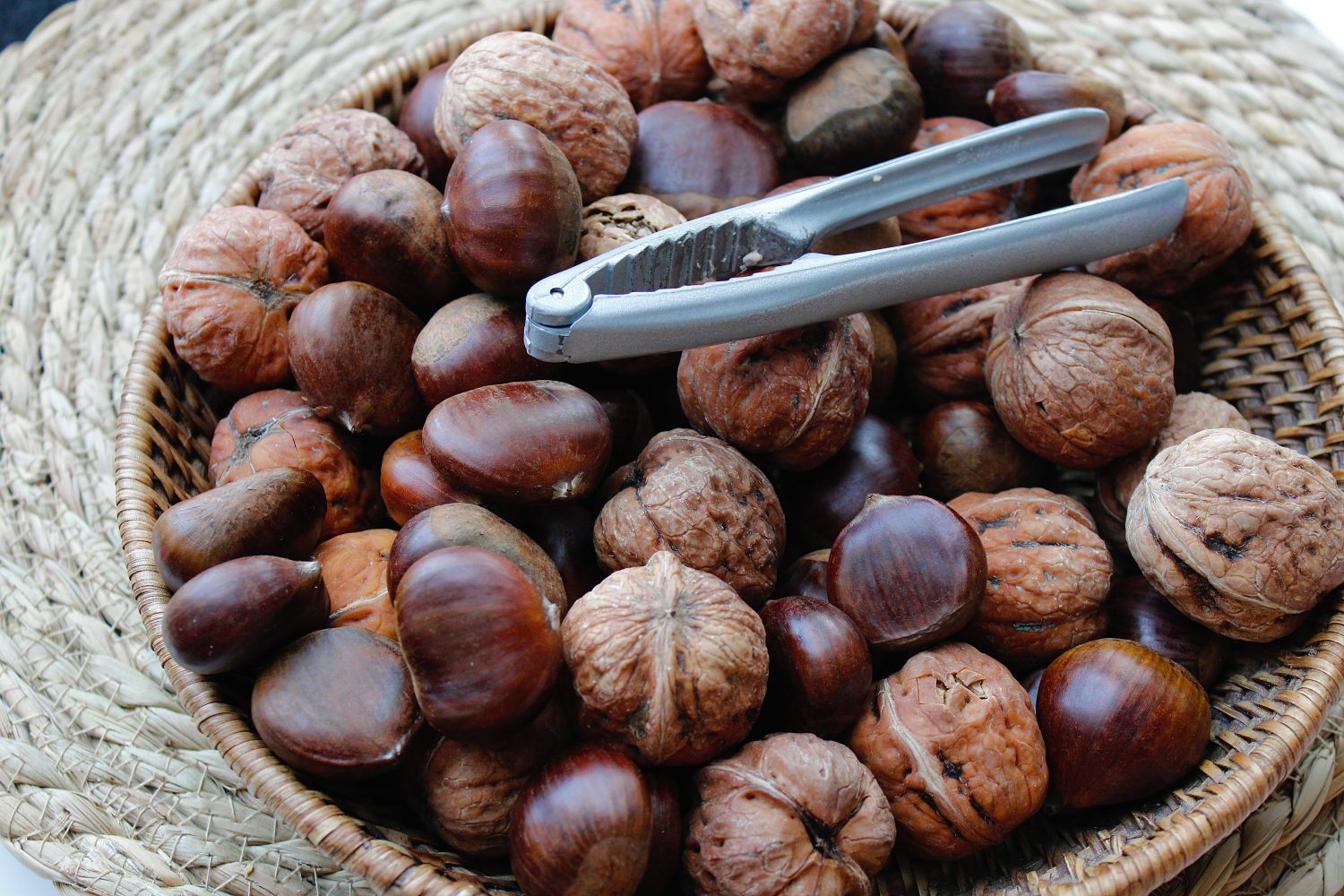 Raw chestnuts stay fresh for up to three weeks, while cooked chestnuts, if refrigerated, lasts four days. Chestnuts stored in a freezer can last up to 12 months.

After removing the bad chestnuts, dry the nuts on a paper towel and, once dry, place them in an airtight bag and freeze for the longest lasting storage.

Chestnuts are a popular tree nut that is synonymous with Christmas time. Their popularity with the holidays coincides with their harvest time and easy availability.

Chestnut trees in the US are virtually extinct, but fresh chestnuts can be purchased by many purveyors. Most chestnuts sold in the US are imported from Europe and China, but there are still US farms that harvest these nuts.

Chestnuts should be consumed after cooking in order to reduce the tannic acid and to add sweeter flavor due to the Maillard effect. These nuts are quite versatile and deserve a chance at the next family Christmas dinner. 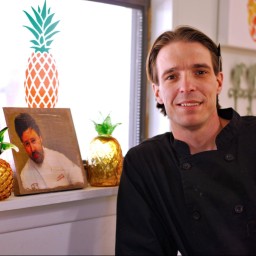 Jason Phillips is a recipe developer, culinary arts graduate, and coffee connoisseur. After culinary school, he cooked professionally for a while and published a cookbook his chef instructor advised him to write. Jason has a passion for culinary arts and coffee and is always looking for new, innovative recipes. He loves creating chef-quality meals that are also simple to make so that any home cook can do the same.

Jason’s cookbook is The Sea Cook: Recipes and Tales From The Galley. The book chronicles his journey as a cook onboard offshore tugboats and the places he has traveled.