With over 67,000 species of crab recorded globally, one may begin to wonder about how great the differences between those that land on our plates -- or in our bisques and stews -- really are.

Truth be told, there are probably many more edible crabs in the world than the top few that continuously grace the mainstream, but for now, let's talk about those species...the ones you're most likely to encounter, whether joining in on a low country boil or gussying up for haute cuisine.

In general, crab meat is noted for its sweetness, delicate flavor and tender texture.

Crabs live in a huge range of aquatic (and even terrestrial) environments -- salt to brackish to fresh, warm and cold -- and because of this, their flavors and other qualities vary.

If you already know you love crab, welcome. For those not entirely sure, reflect on the other types of seafood you already know you enjoy. If flaky white fish and scallops or shrimp make your list, then chances are there's a crab out there just waiting for you to try. We're here to help you find it. 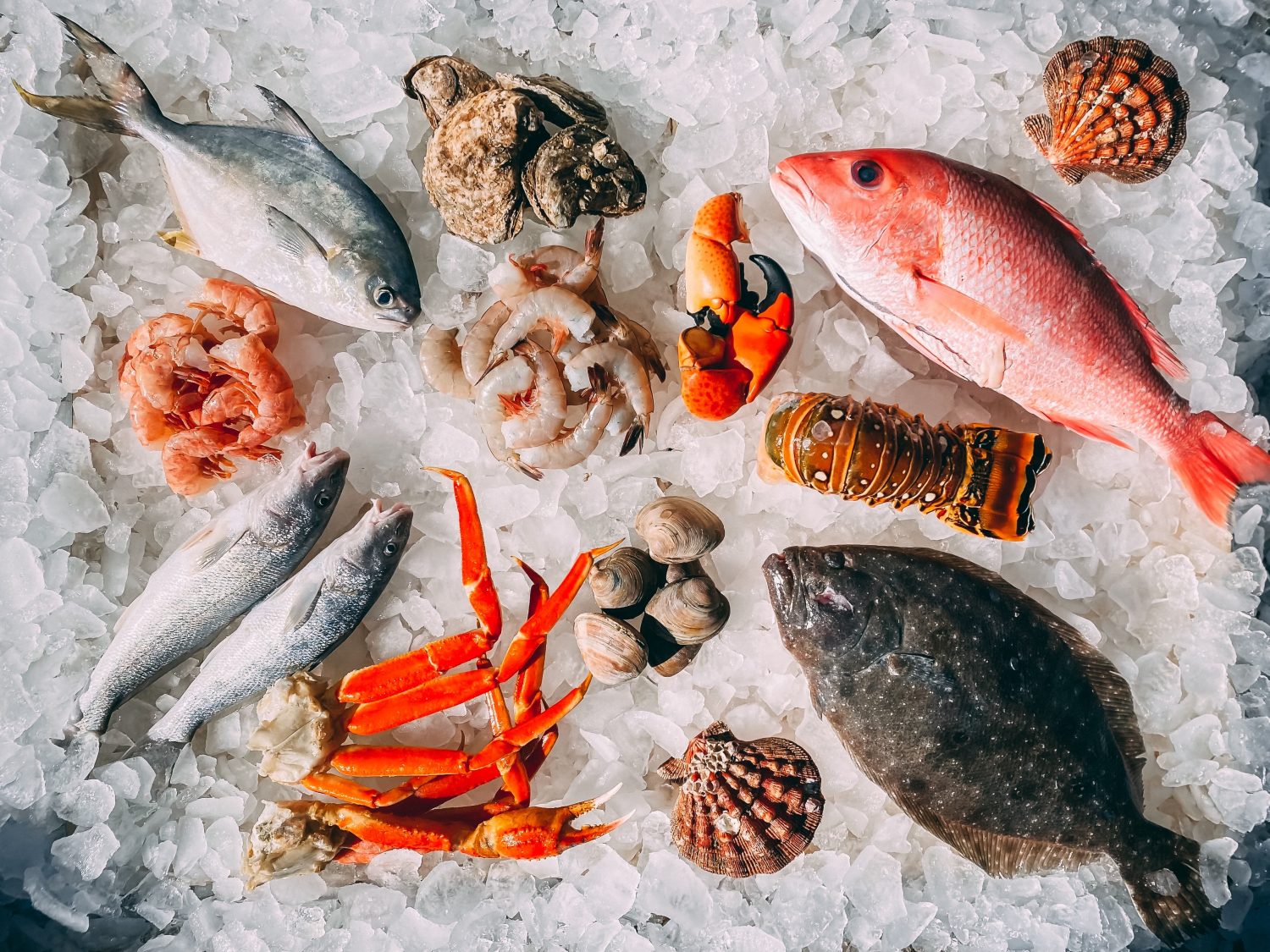 The taste of crab may be considered slightly fishy, but it is quite distinct from the typical "fishy" flavor associated with oily fish such as salmon, tuna and trout.

It may be worthwhile to think of crab meat as briny or oceanic, like the taste and smell of sea spray and air.

Is Crab a Type of Fish?

Crabs are not a type of fish, they are part of an animal group called crustacean which includes shrimp, lobster, krill and barnacles.

Crustaceans are invertebrates, meaning they have no spine, and instead have a hard outer shell called an exoskeleton which protects the soft tissues insides.

A crab's exoskeleton grows with the crab resulting in periodic molting, a phase in which the crab will lose its hardshell for a brief period of time (we're talking hours here) and grow a new, larger one.

Molting is important to understand when speaking about the delicacy of soft shell crabs (see below). 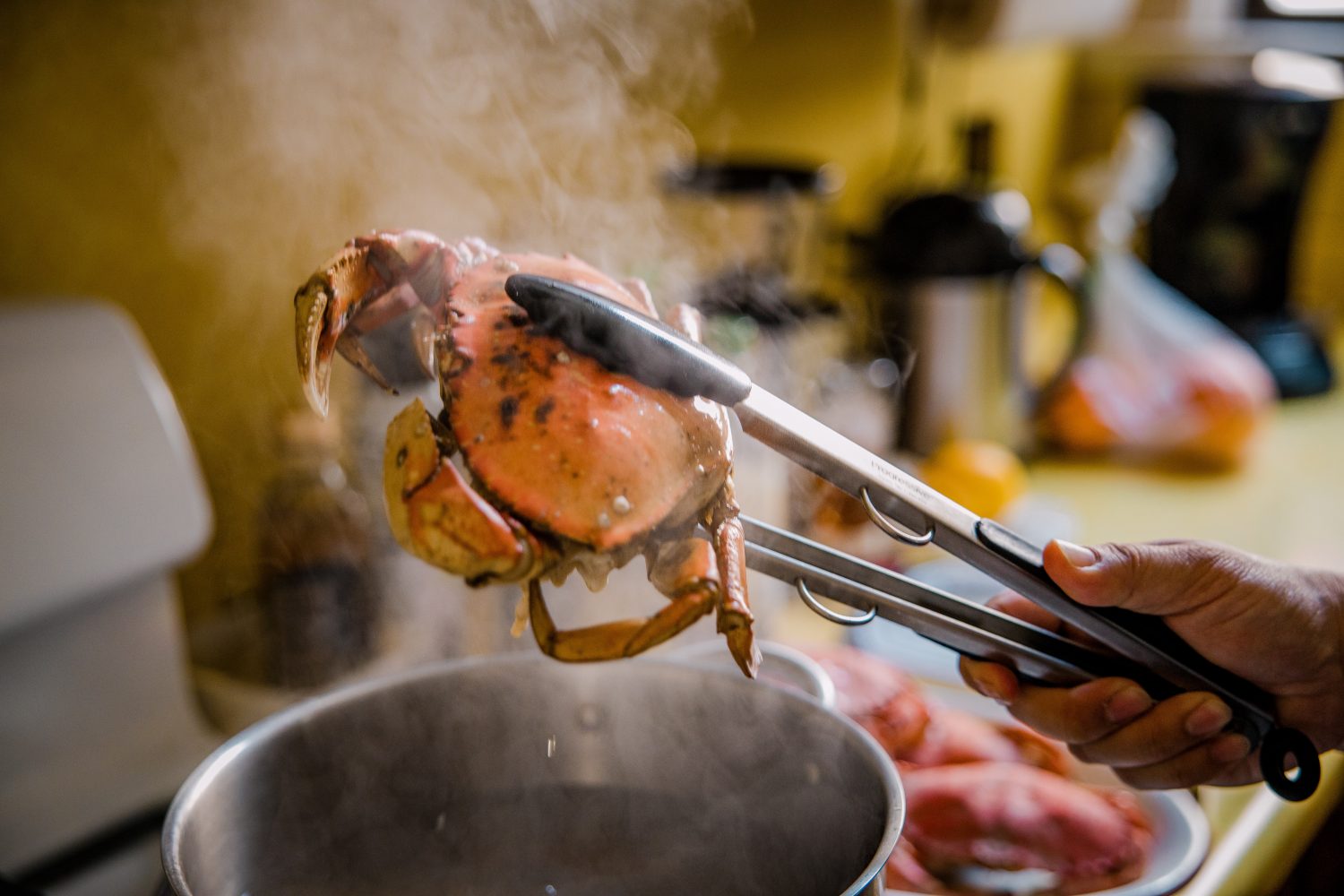 Bad crab meat will taste poignantly "off." Expect a strong, rancid, sour or overpoweringly fishy flavor. But your nose knows, too, often long before bad meat hits the tastebuds.

So be aware of these off-odors as you're handling or preparing the crab meat in question. Also look out for meat that has begun to turn blue or gray. This is a sign the crab meat is at a point of no return. 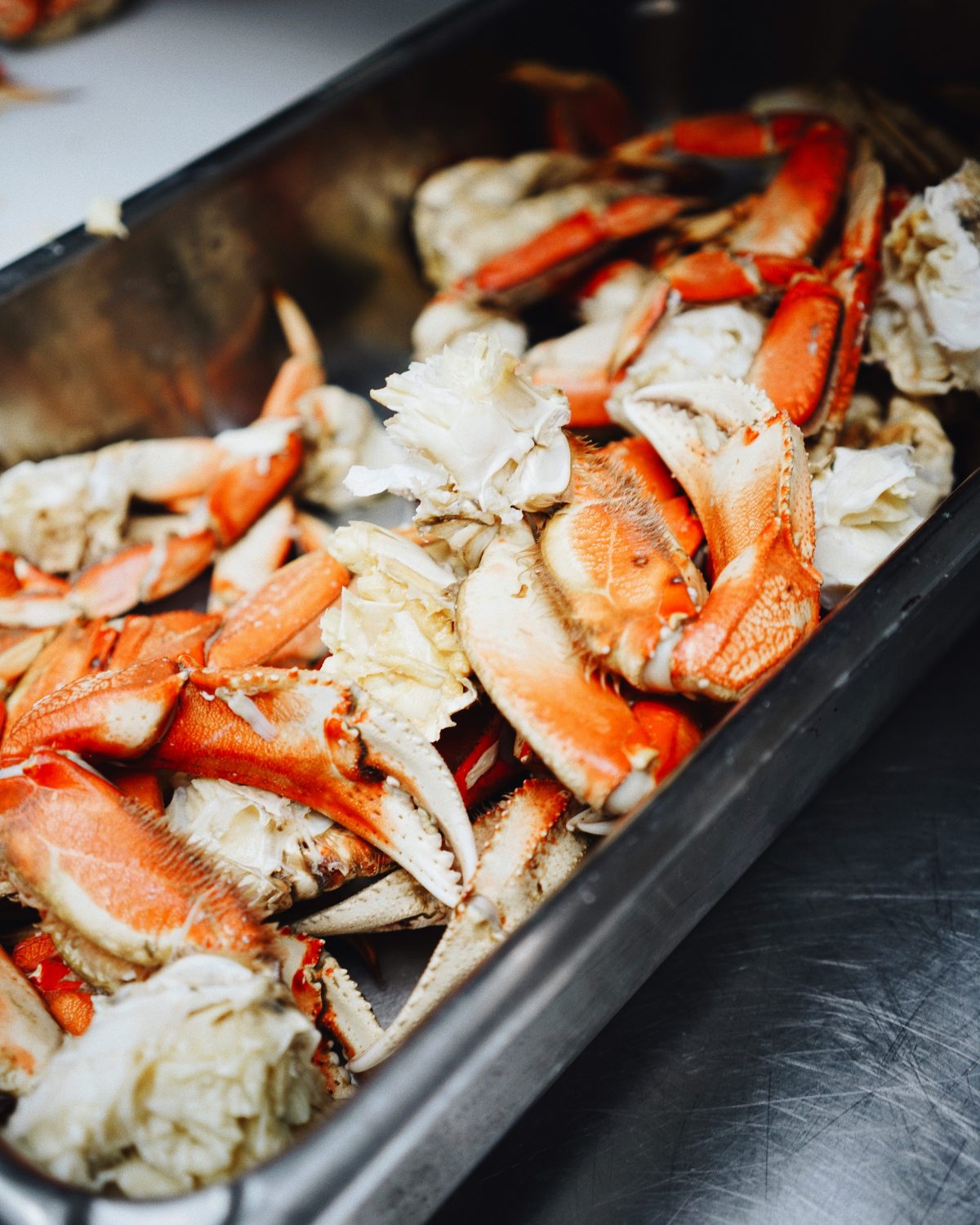 Crab legs are frequently considered some of the tastiest parts of the creature because they are sweet and very juicy. As it goes, the prize doesn't come without a price, and the price concerning crab legs may be monetary, or it may be effort.

Crab legs may be the tastiest but they can also be the trickiest part to extract the meat from. Don't be deterred -- get your crab cracking tool and don't skimp on the slurping. 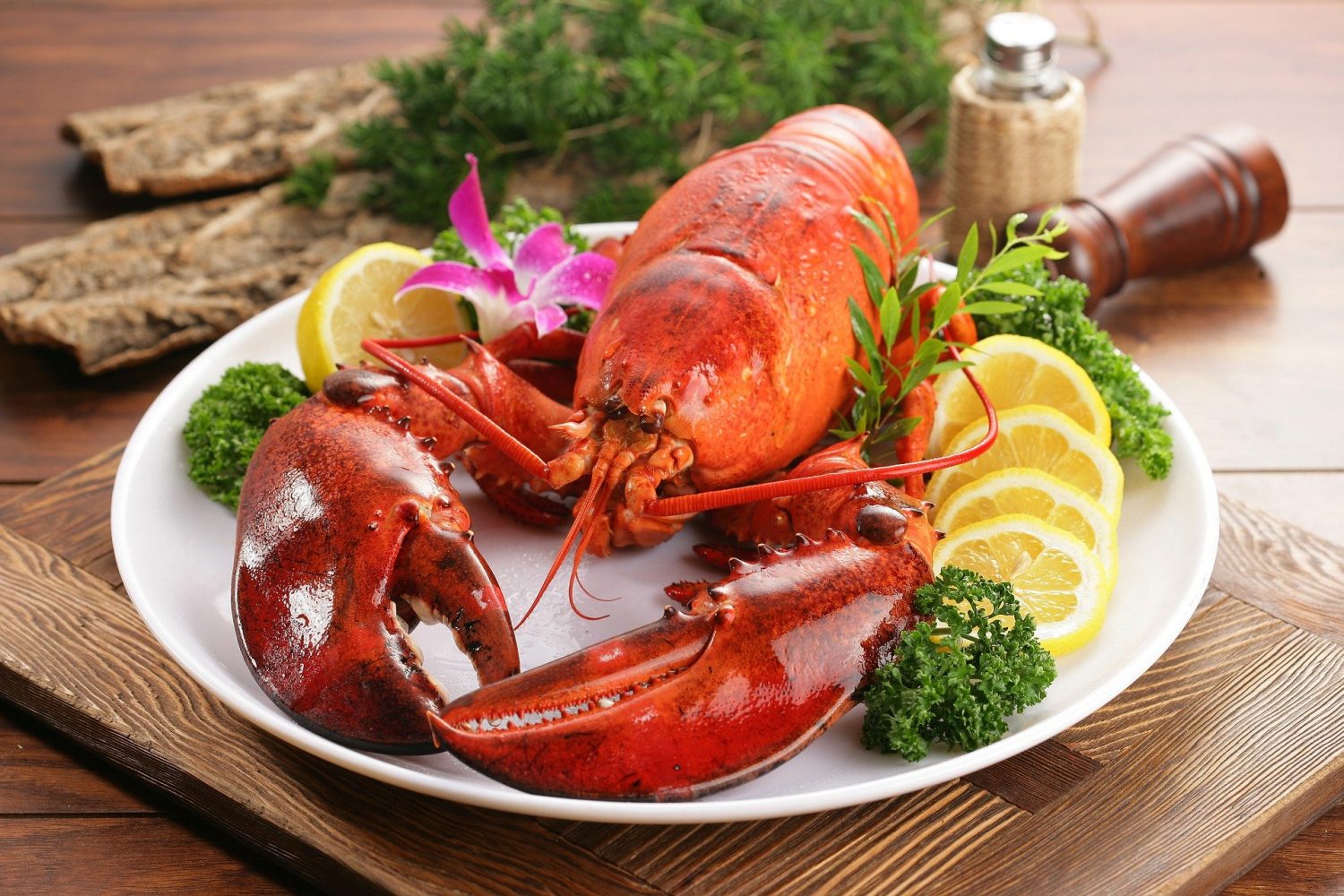 Crab and lobster hold some similarities in flavor in that they are both delicately sweet, but crab meat is decidedly juicier and more tender. Lobster tends to be firmer, meatier and overall saltier. 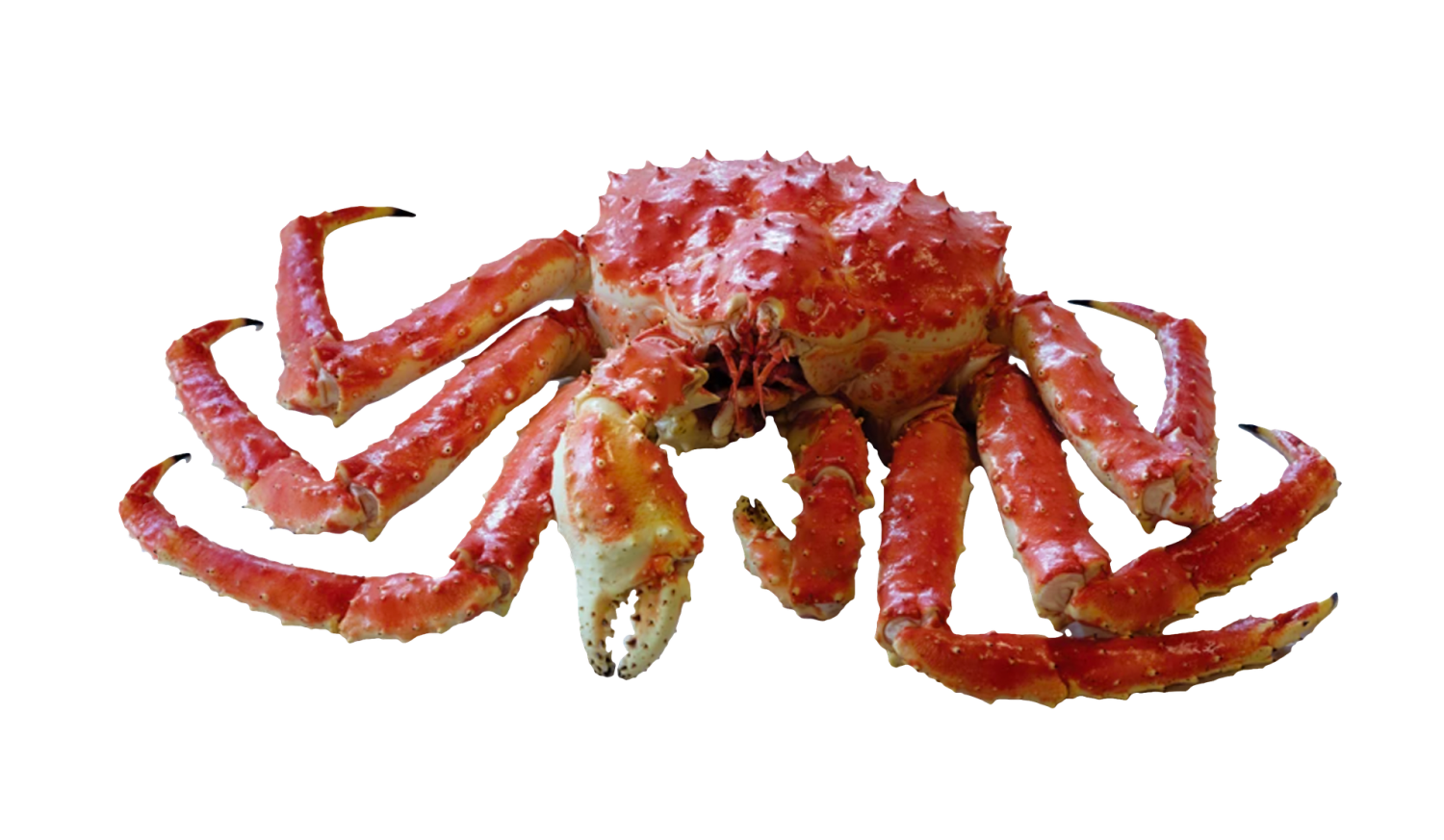 The large king crab is most often sold as legs with some bits of body meat attached. It is a very delicate crab meat with rich, buttery flavor.

King crab legs are not for the faint of heart as they require some tenacity to break through a hard and spiky shell to get to the meat.

Sourced with low quotas from cold seas during dangerous winter seasons, king crab is highly valued and often comes with the price tag to prove it. 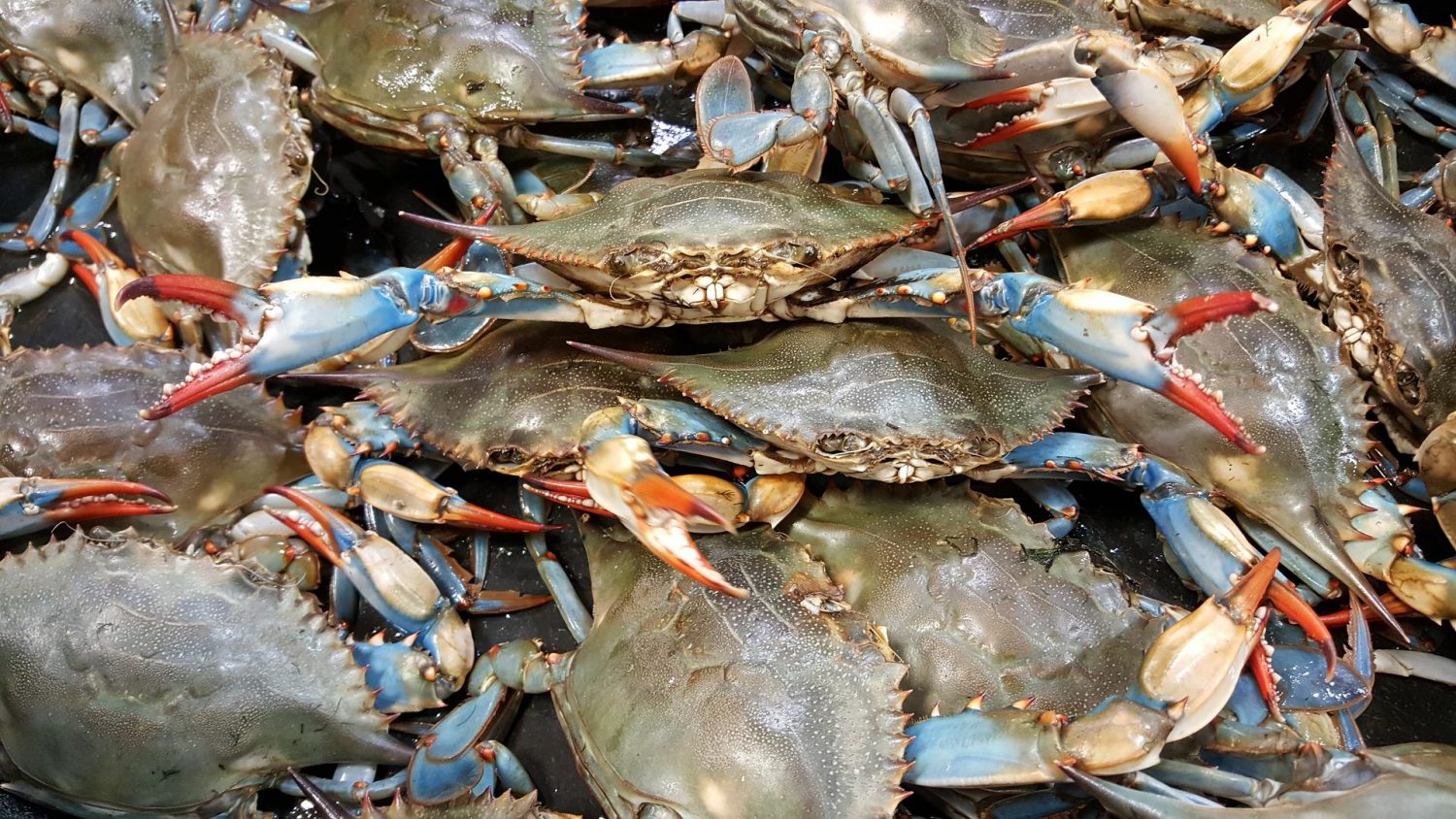 Blue crab is found along the Atlantic seaboard and in the Gulf of Mexico. Its meat is very sweet and tends to be bolder in seafood flavor. The blue crab is a popular option for live purchase. 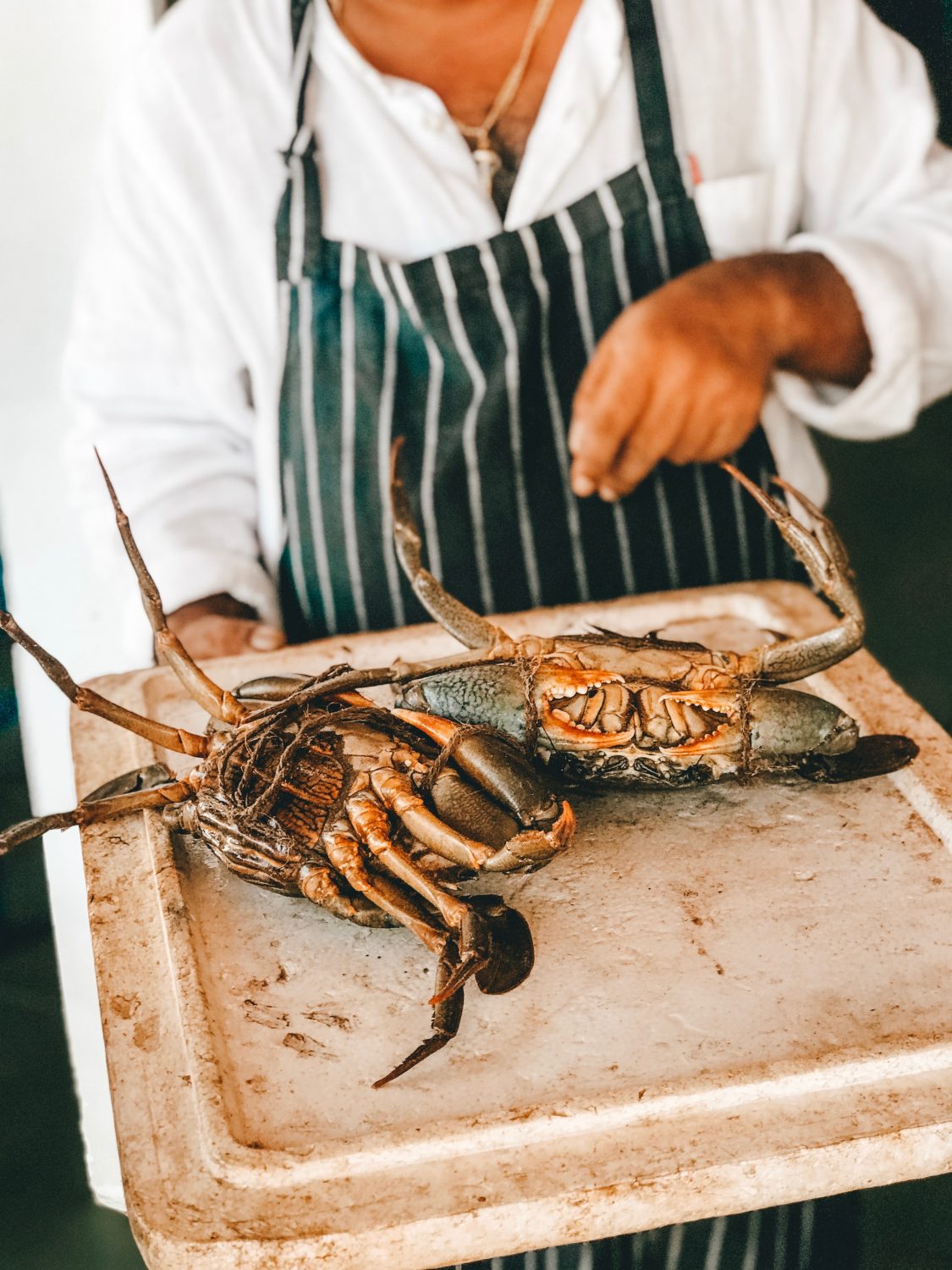 Soft shell crab refers to a blue crab that is in the soft-shell phase of its molting process. The timeframe that blue crab is considered "soft" is very, very short -- not even days, but hours.

The crabs are extremely delicate during this transition and will often die in transport to retailers but are still considered and sold as "fresh."

The five market sizes of soft shells, from smallest to largest are medium, hotel, prime, jumbo and whale. 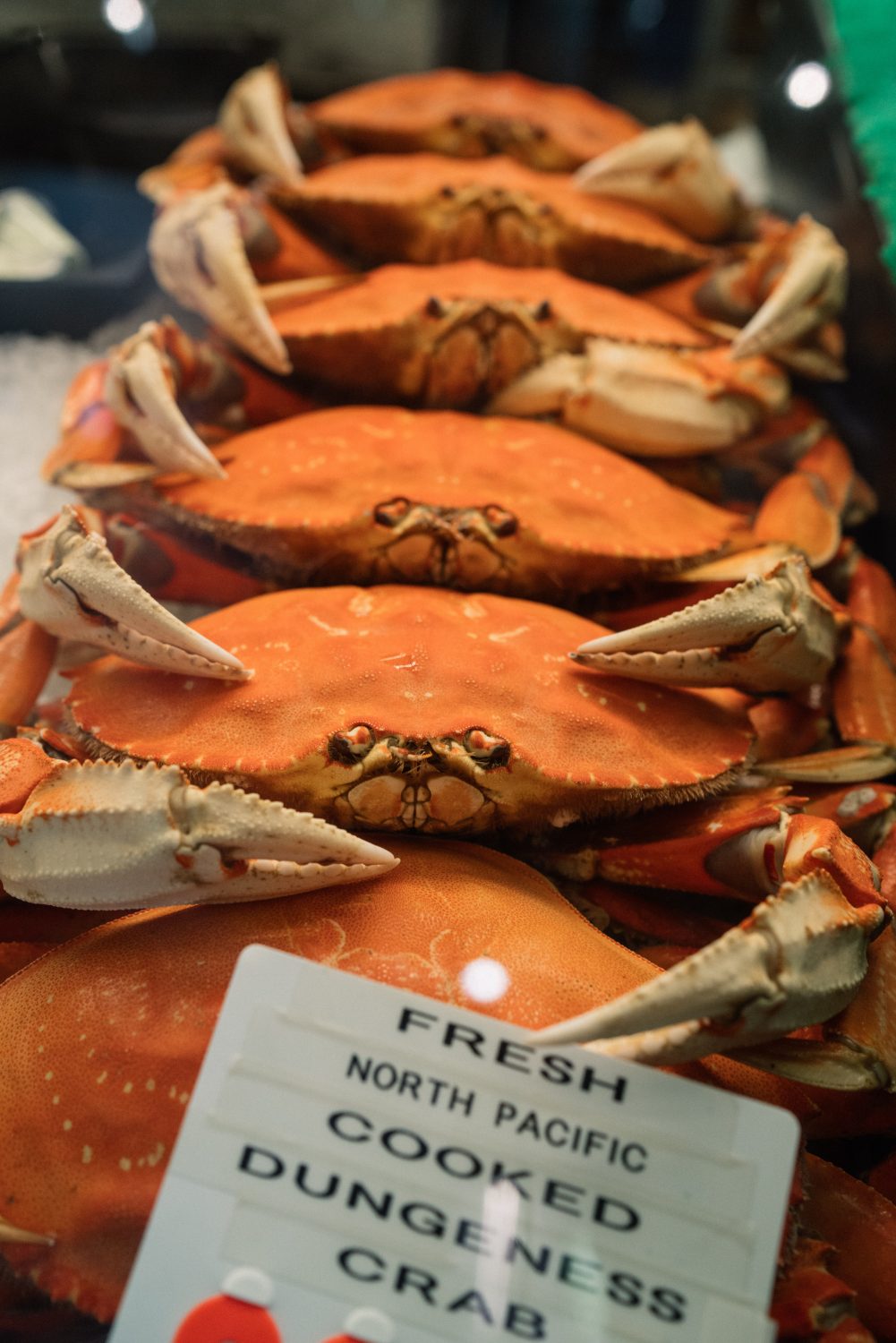 Dungeness crab, found in the cold Pacific waters of the US West Coast and north from Canada to Alaska, is the creme de la creme of species for many crab enthusiasts. These crabs are m-e-a-t-y and tender with a super clean, salty flavor. 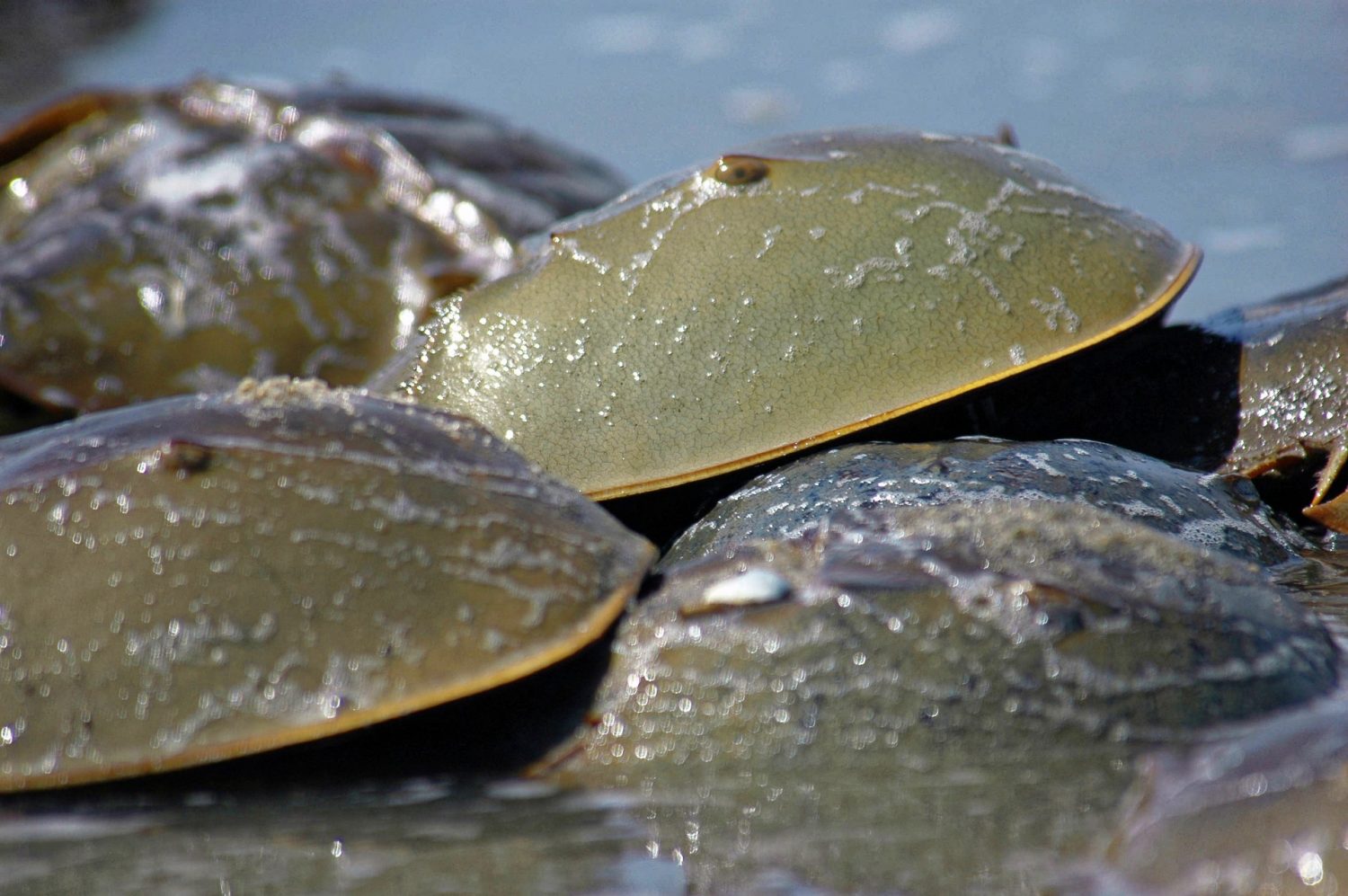 Horseshoe crabs are harvested and prepared not for meat, but for their roe (eggs). Horseshoe crab roe may be either orange or green, the former being said to have superior flavor and be less chewy when cooked.

Roes, in general, are intensely flavored and very salty. Horseshoe crab roe is certainly no caviar, but may offer an unusual culinary adventure. 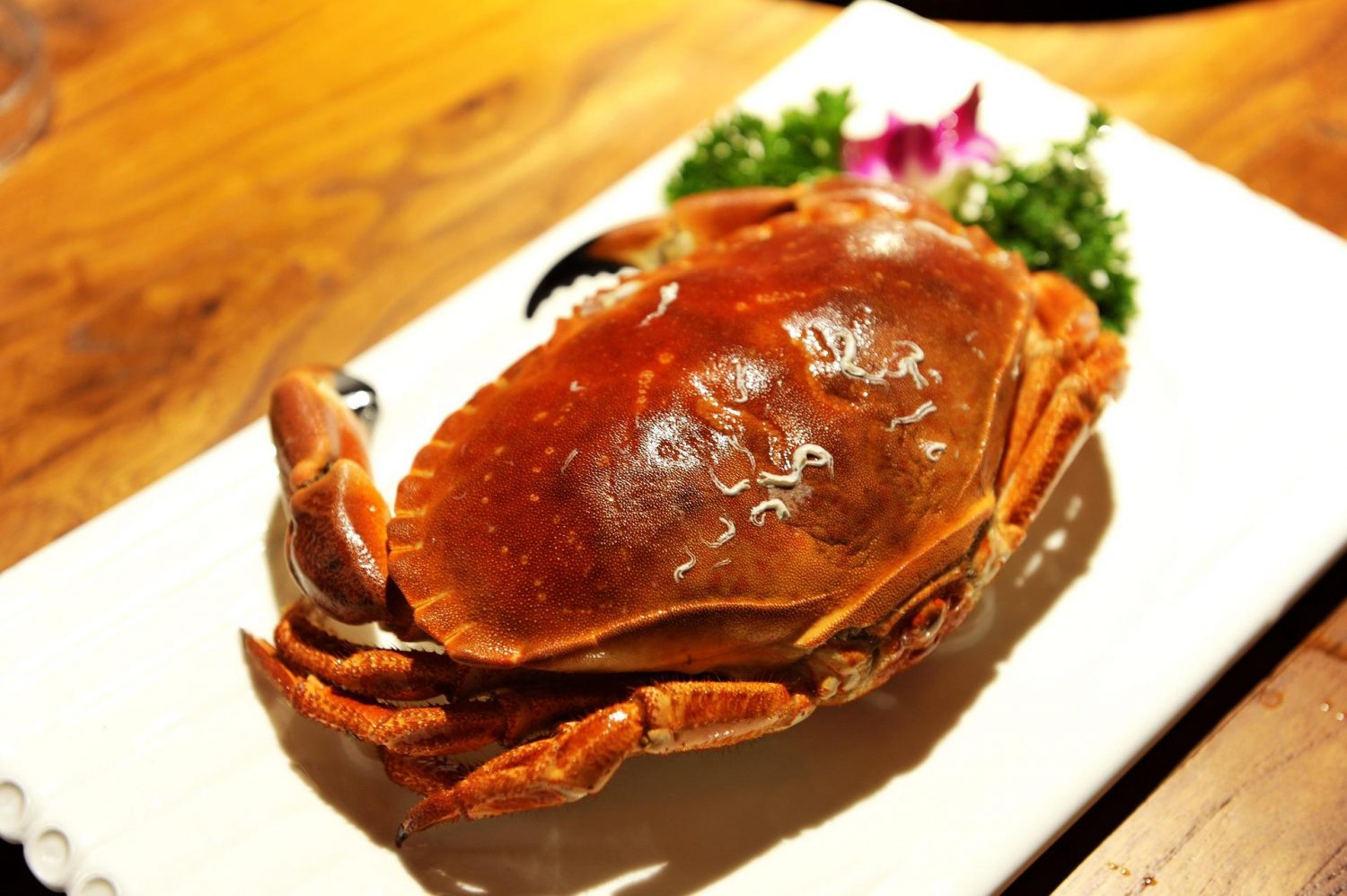 Jonah crab lives in Atlantic waters from North Caroline to Maine and is caught (like stone crab) for its meaty, flaky claw meat. It is kin to the west coast's Dungeness crab and has a similar flavor profile. 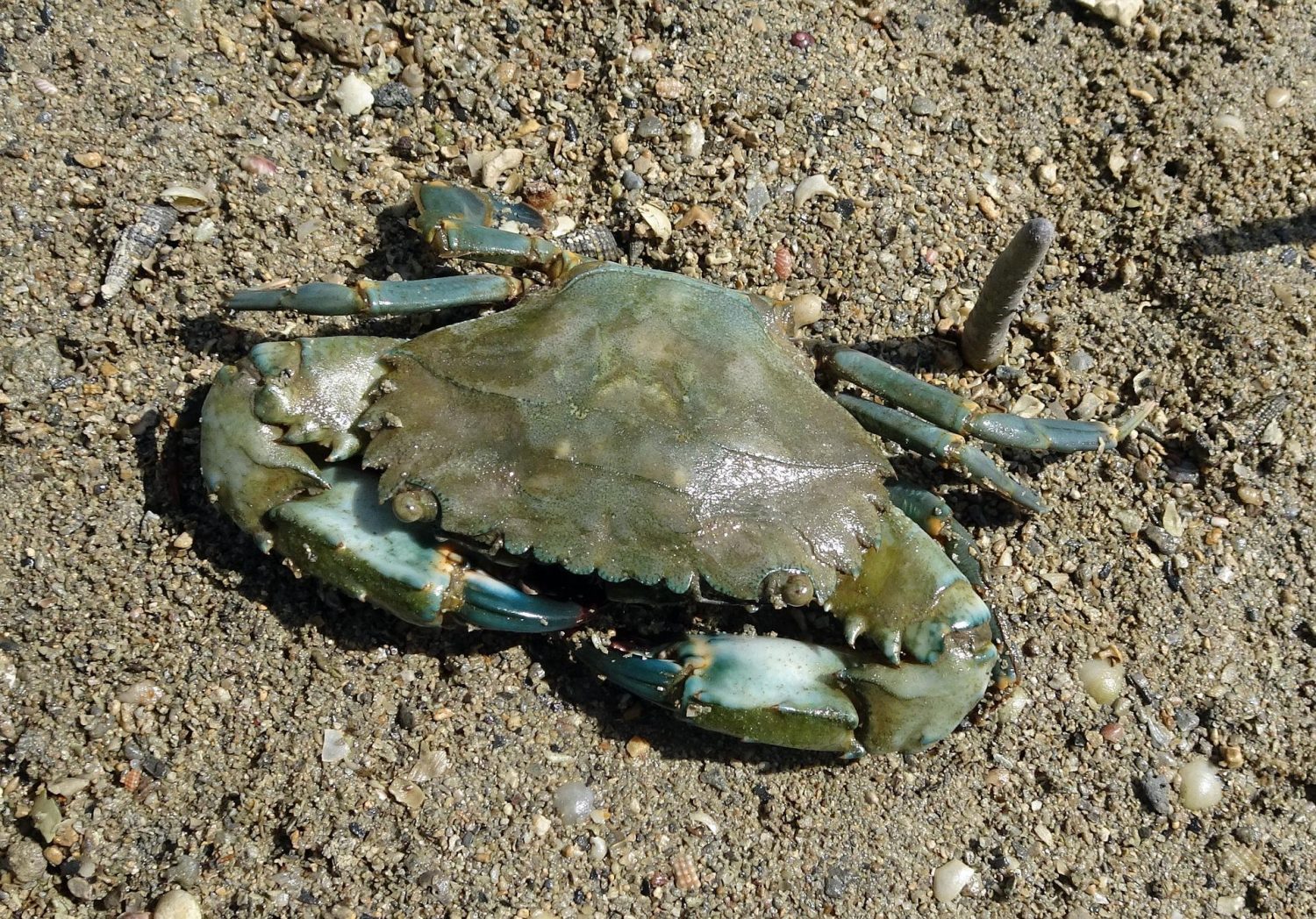 The large Mud crab, aka mangrove or black crab, is native to South East Asia, Australia and Africa, and is the crab of the hour in Thai dishes that call for it. Its moist meat is medium-full in flavor intensity allowing it to stand up well to strong spices and in zesty sauces.

Believe it or not, coconut crab is terrestrial, meaning it lives on land! It rummages amongst brush and climbs in coconut groves on remote islands in the South Pacific.

You're unlikely to encounter the coconut crab as food outside of this geographical zone as human predation has declined its populations.

As land scavengers, coconut crabs' flavor depends on the local diet, but their name does not belie that there is something little bit coconuty about the meat. They are especially noted for having delicious abdominal fat and innards. 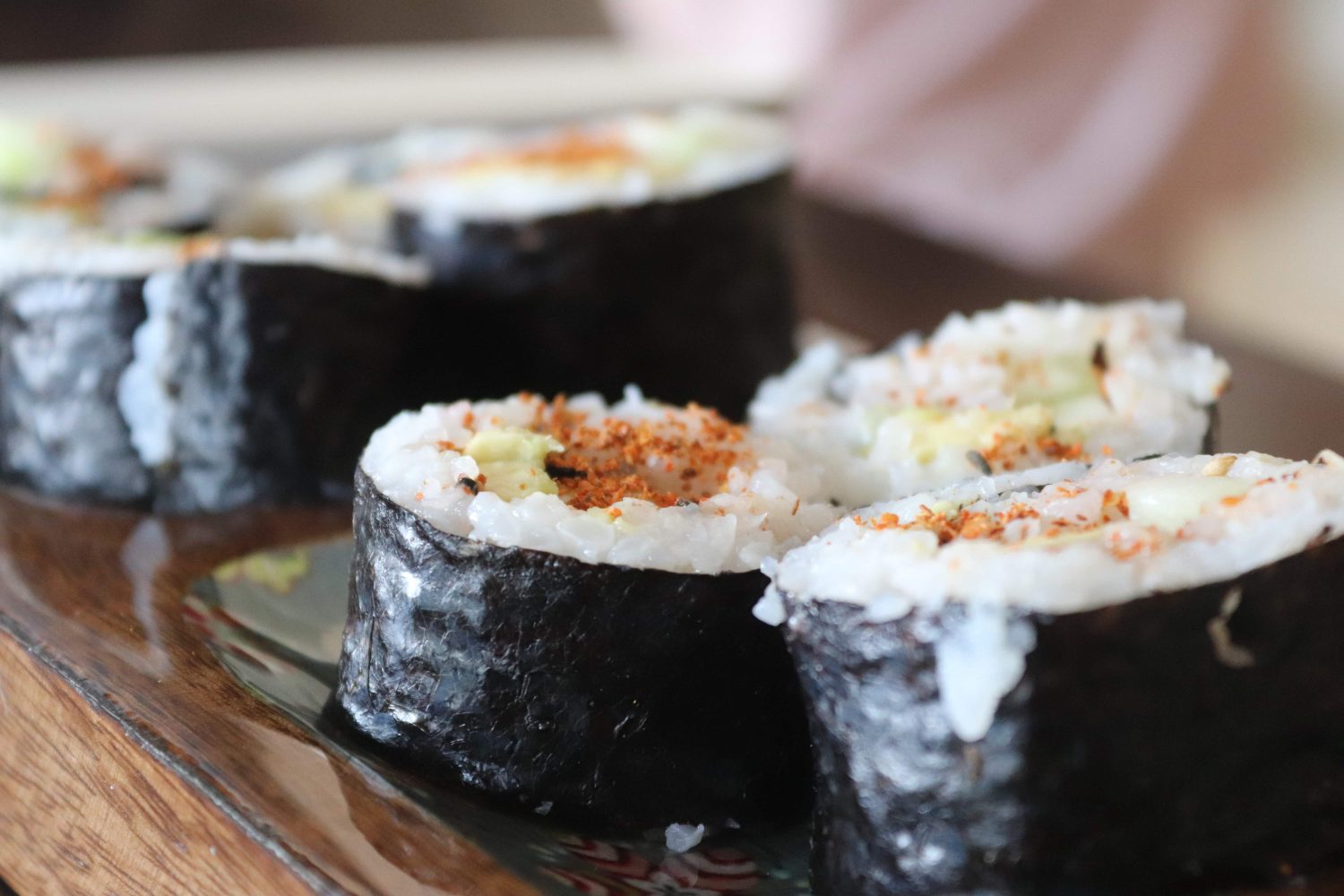 Imitation crab, as it suggests, is not actually crab at all. It is a processed food meant to resemble crab meat in flavor and appearance, but regularly fails to do so.

Imitation crab meat is produced from white fish paste (called surimi) consisting of haddock, pollack or whiting, or sometimes a combination of them all, that is formed into blocks and painted with orange food coloring.

Needless to say, the bland, too-dense, and overly salty imitation crab meat, even to the novice, will fail to pass as the real thing.

Stone crab is a Gulf and Atlantic crab preferring the warmer waters North Carolina to Florida. It is a sustainably fished crab which is caught for the harvest of a single claw and then released.

The removed claw will regenerate and the crab continue to reproduce. Stone crab claws are distinctly pink and taper to a black tip. The flesh is meaty and succulent. Snow crab is a cold water crab harvested primarily from Canadian fisheries. It is typically just sold as legs which are incredibly strong and long -- twice the size of the snow crab body.

They are an economical option offering firm and fibrous meat that shreds nicely.

For connoisseurs and newbies alike, whether you prefer sweet or salty, delicate or bold, flaky or firm, with so many thousands of crabs roaming land and sea, there's a whole world of flavor to start clawing at.

There's a crab out there for everyone, so get catching and get cooking! 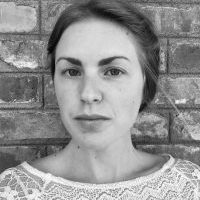 Sarah hails from Western North Carolina where her loves of outdoor recreation, gastronomy and agriculture all find a strong sense of place. She has special knowledge in wine and the spirit class of amaro, both of which she's most assuredly daydreaming of drinking on a cloudless day at red tin bistro table somewhere in Italy.