How to Thicken Chili – 13 Creative Ways

Why Are Nugget Ice Makers So Expensive?

Perfecting your chili recipe is one thing, but trying to master texture can be a whole separate challenge, especially if your diet is restrictive. If you are wondering how to thicken chili, there are some simple tips that can improve the texture and help you achieve the delicious mouthwatering chili you want.

While cooking down your chili can effectively reduce the liquid content it may not be the best method to thicken your chili. This is because thickening through evaporation can often lead to overcooked ingredients. Beans, for example, can get overly mushy when cooked for too long.

The key to delicious thick chili is to find thickening techniques that won't compromise flavor. To help find what's right for you, I’ve put together an extensive list of techniques on how to thicken chili. Each will have its own unique benefits, whether it be convenience, price or diet preference. I’ve also included some history about chili and the many ways the original recipe has changed throughout the decades. You might be surprised to learn something new about this hearty dish!

Here are 14 different ways to thicken your pot of chili. 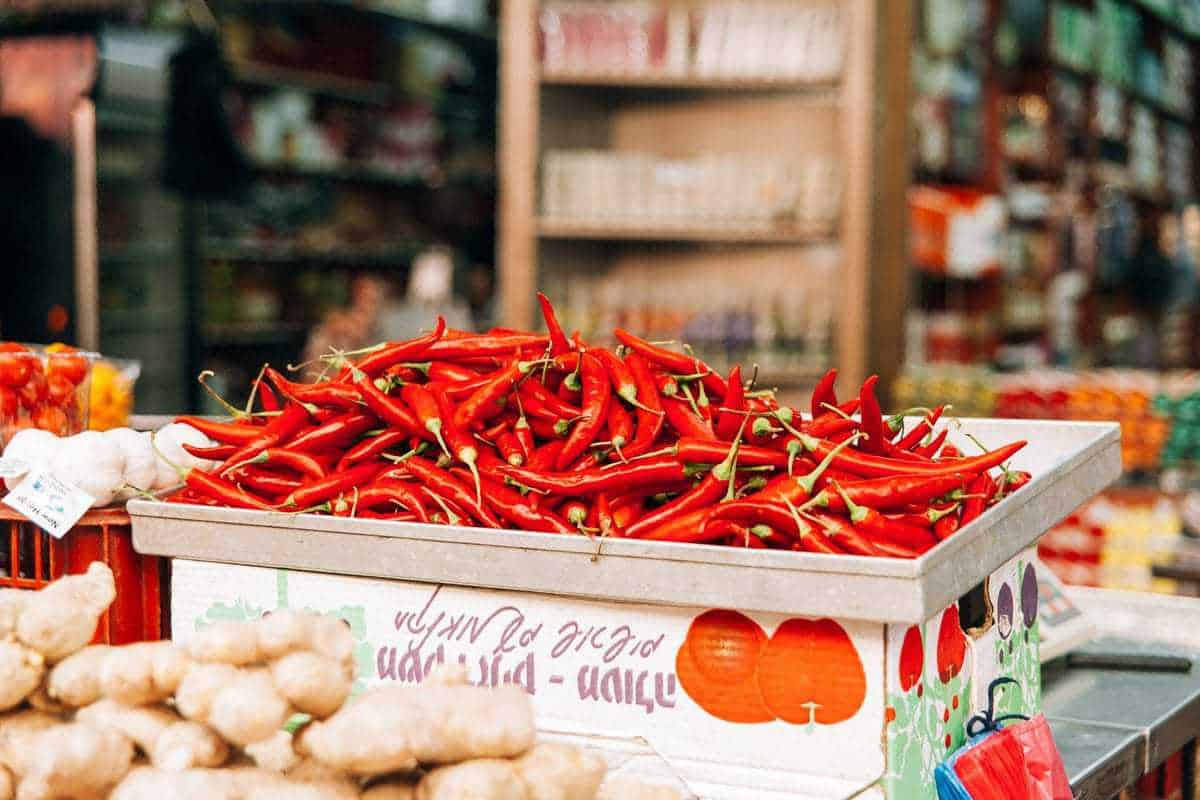 - 14 Ways to Thicken Your Chili 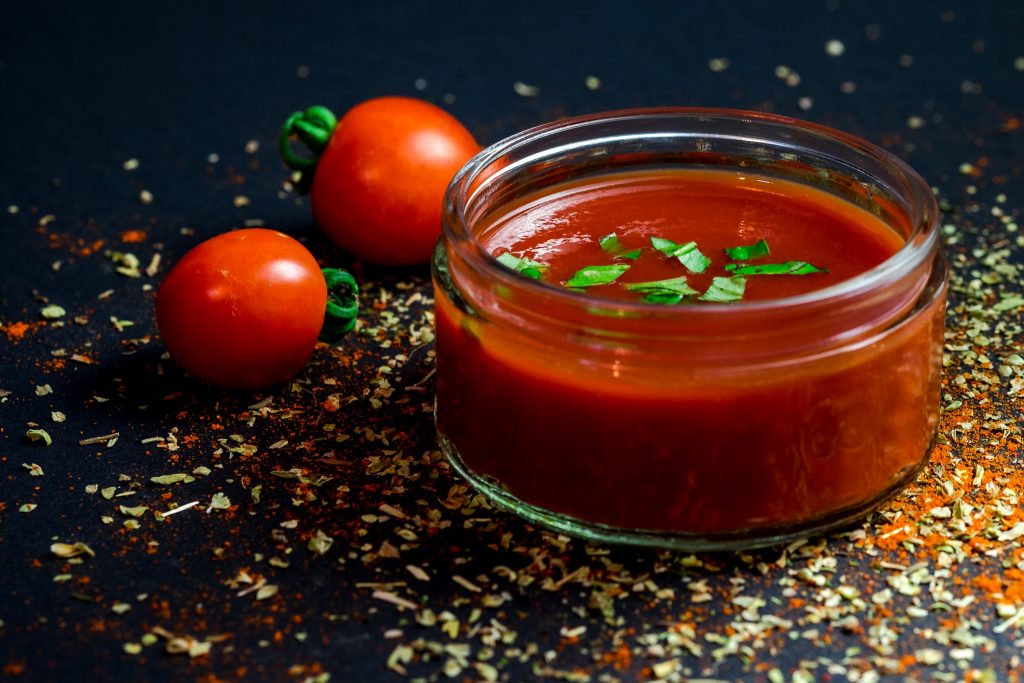 Tomato paste is an awesome chili thickener for those who use tomatoes in their chili recipe. Adding some extra paste shouldn't change the flavor much, if at all. Try 1 teaspoon at a time, along with 1 tsp. sugar to cut out any added bitterness. This should be added during the last ½ hour of cooking. Wait 5 minutes before adding a second teaspoon, and continue to add until you get the perfect consistency. Pure tomato paste is always gluten-free, paleo, and vegan friendly.

Flavorless and potent, less is more when it comes to arrowroot. You only need 1 tablespoon arrowroot mixed with 1 tablespoon water to make a nice thickener. Add your slurry a little at a time and slowly mix it in at the end of your cooking time. This technique may cause a slight gloss to the appearance of your chili, like all starches will.

Arrowroot powder is extracted from the roots of a tropical plant by the name of Maranta arundinacea, and is considered a starch. It can be used as a cornstarch replacement for those avoiding corn-products. Arrowroot is also gluten-free, paleo-friendly and vegan.

If you're making a chili recipe with beans, then adding some extra refried beans towards the end can help thicken up your chili. The starch from beans acts as a great thickening agent. Add a heaping spoonful, one at a time, until it’s just right.

* Don't have any beans to spare? Don't worry about it. Filter out some beans from your simmering chili, mash them into a paste to release the starches, and return them to the pot. 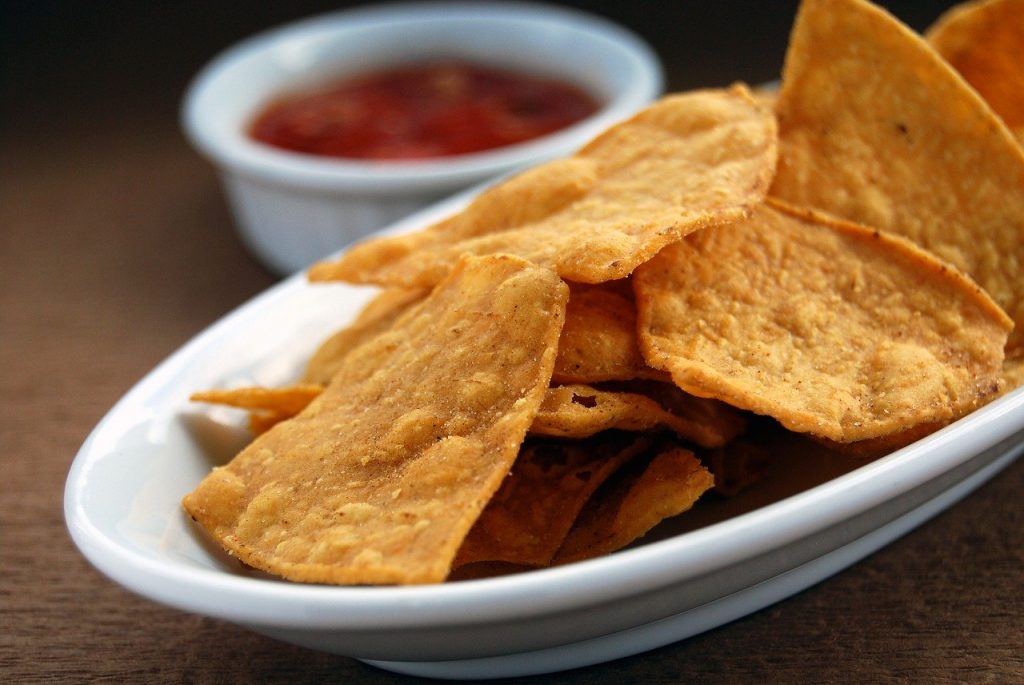 While this may not work in all scenarios, most of us prefer the added texture of some crunched up tortilla chips. Add these towards the end of the cook so as not to make them too soggy. Chips usually aren't the sole thickening agent, but can be a pretty impactful addition to any chili.

For a healthier (and low-carb) version of chili, protein powder can actually thicken AND add that extra benefit to your pot. Make a slurry using ¼ cup cold water (or liquid from your chili) and 2 tablespoons protein powder. Add it back to your bowl and witness the awesome effects.

A microbial polysaccharide produced from natural fermentation by the bacterium Xanthomonas campestris. This works as a great vegan alternative to gelatin (and is also gluten/dairy free). Xanthan Gum is a quick fix and will thicken your chili fast. It’s great because it can be added directly to your pot a little at a time, until desired effect is achieved. It’s flavorless, creates an even texture conformity, and can add a pleasant mouthfeel to your chili. Please be aware, a little goes a long way.

My #1 go-to for thickening. 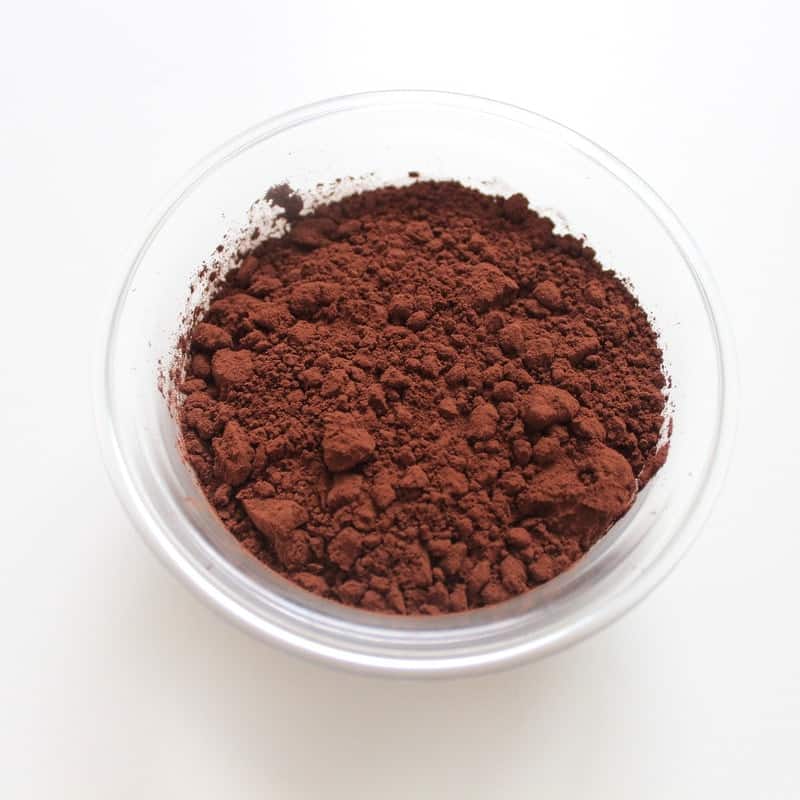 This technique can be experimented with, as many people love the flavor it adds. Some people swear it adds a certain "mole" characteristic to their chili. It can also slightly darken the color of your chili, which can give an added depth to the appearance. Don't go crazy with this; add 1 tablespoon max. Be aware that only 100% pure raw unsweetened cocoa powder is gluten-free, paleo-friendly and vegan.

Yes, why not add this amazing pseudo-grain to thicken up your recipe. Pour a ¼ cup of dry quinoa into your pot while cooking and see the extra liquid get soaked up before your eyes. Quinoa adds a nice element and texture that many love (not to mention extra protein and fiber). A win-win! Quinoa is always gluten-free and vegan. 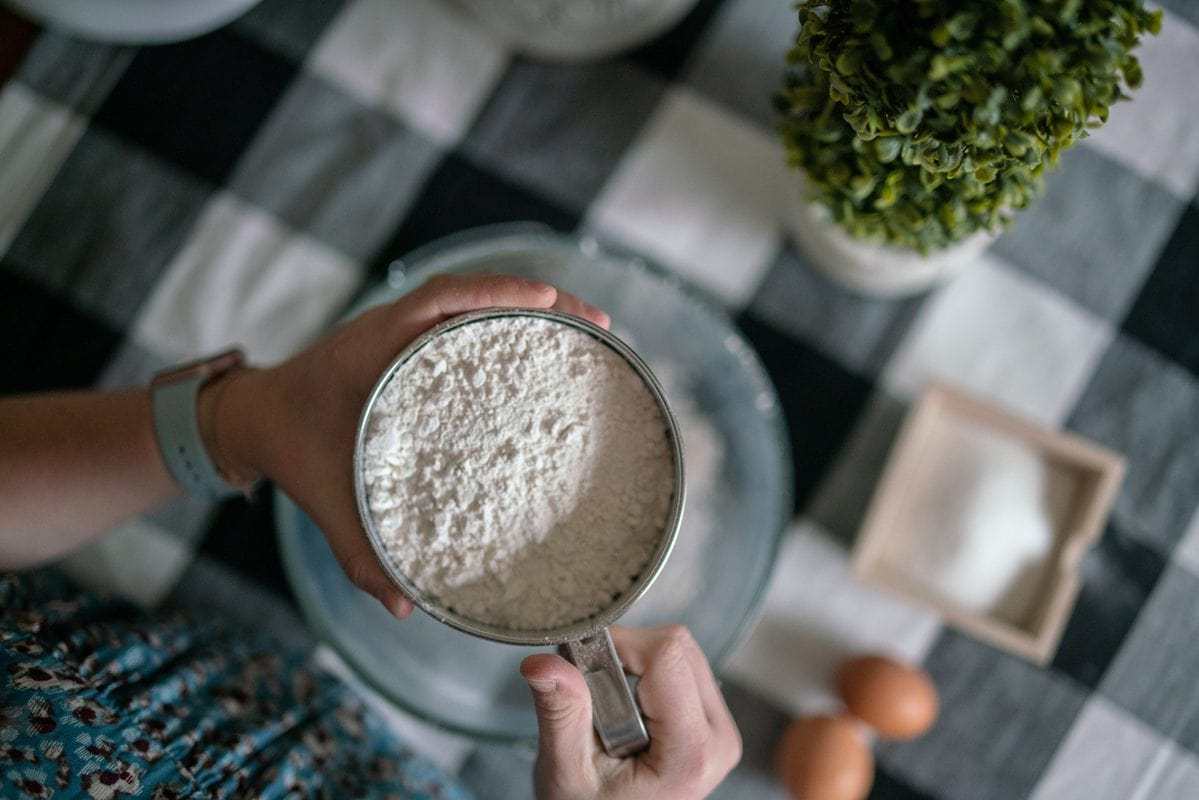 For a quick fix, a slurry of 1-2 tablespoons of flour, mixed with a cup of your chili’s liquid, can be whisked until clumps are gone, and added back to your pot. You can experiment with almond or coconut flour as well, and see what amazing flavors you can integrate into your recipes.

While this type of flour CAN CHANGE the taste and texture of your dish, it is often used in southwestern inspired chili recipes. It will add an earthy flavor and a grainy texture that can really step up your chili game. We think it tastes almost like crumbling cornbread into your bowl (not a bad thing!) Make sure to use white or yellow, fine or medium grain Masa. Add 1 tablespoon at a time during the last 10 minutes of simmering.

A classical thickening agent, cornmeal can be made into a slurry and added a little at a time to your pot. Cornmeal will add a touch of a nutty, corn flavor and a nice texture. Add your slurry to the pot while simmering the last 10-20 minutes. Cornmeal is alway gluten-free and vegan. 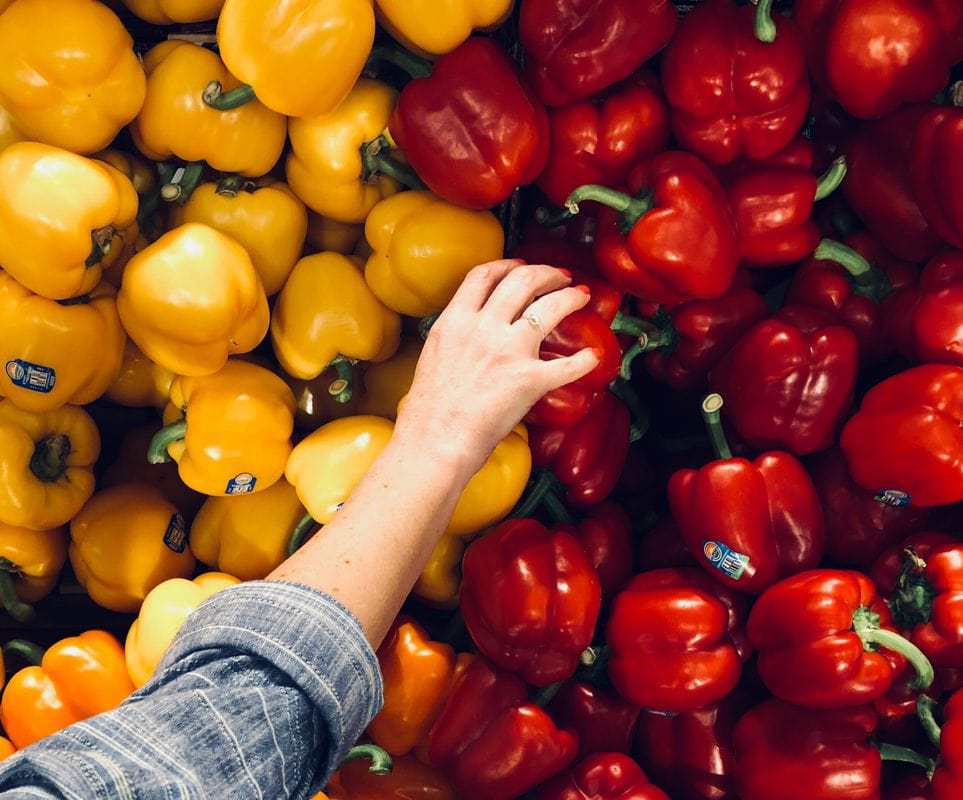 Why not add an some extra pizazz to your dish? If you don’t have the thickness you desire, dice up some bell peppers, sauté them for a few minutes, and then add them during the last 15 minutes of cooking. Who's gonna be mad about a little extra heartiness? As a raw vegetable, bell peppers are naturally gluten-free, vegan and paleo-friendly.

If you’ve finished cooking and realize your chili is still too liquidy, don't fear. Grab some cheese! Adding any type of grated cheese will help round out your bow. We personally prefer cheddar over most, but to each their own. Most cheese is gluten free, but NOT vegan or paleo. You can also try one of the many vegan cheeses on the market.

Also to be added at the end, sour cream is a nice addition to any chili, especially if it turns out TOO spicy. Paired with some grated cheese and green onion on top, you will be shocked at how nicely sour cream transforms chili. 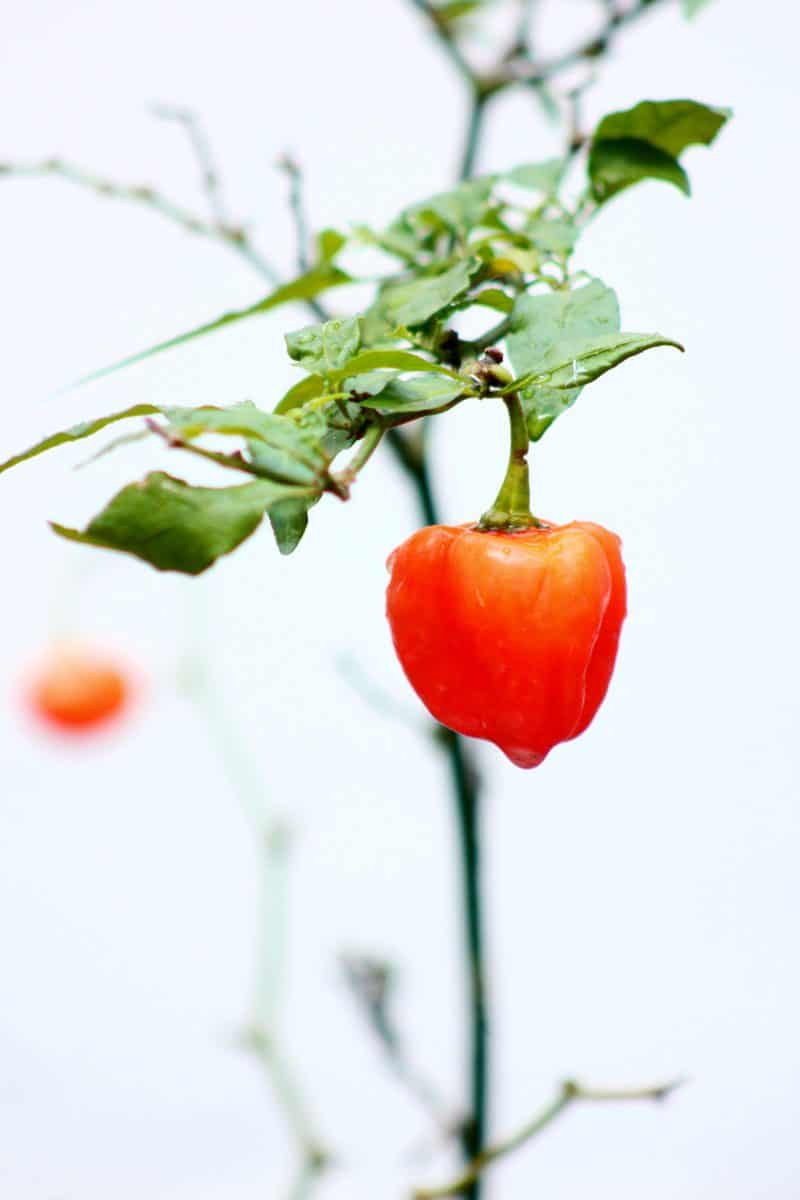 -Where Did Chili Come From?

Although the exact origin of the first Chili recipe isn't certain, most agree that the original Chili recipes were being served in Northern Mexico and Southern Texas. The dish was first largely popular with working class Tejana and Mexican woman.

In the late 1800s in San Antonio, women known as “chili queens” would camp on the plaza and feed the soldiers their stew (called Chili, due to the chili peppers used). This dish was made from beef and dried red chili’s, which was an extremely cheap means of nourishment. These women made the chili at home, loaded it up and carried it on colorful wagons to the plaza. They built mesquite fires on the square to keep the chili warm, and folks from all classes of society would fill themselves on the nearby wooden stools. What a sight it must have been!

During the depression years in America, so called “chili-joints” determined the difference between staying alive and starving. Chili was said to have saved more lives from starvation than the Red Cross, as it was so cheap and readily available. I have to admit, good old canned chili has saved me from starvation (okay, being extremely hungry) more than a few times.

As chili became more widely known across the USA, the dish picked up increasingly eclectic ingredients, eventually finding its way onto hotdogs and french fries. Although the original Texan chili con carne is bean-free, many recipes have added bean as a staple ingredient. 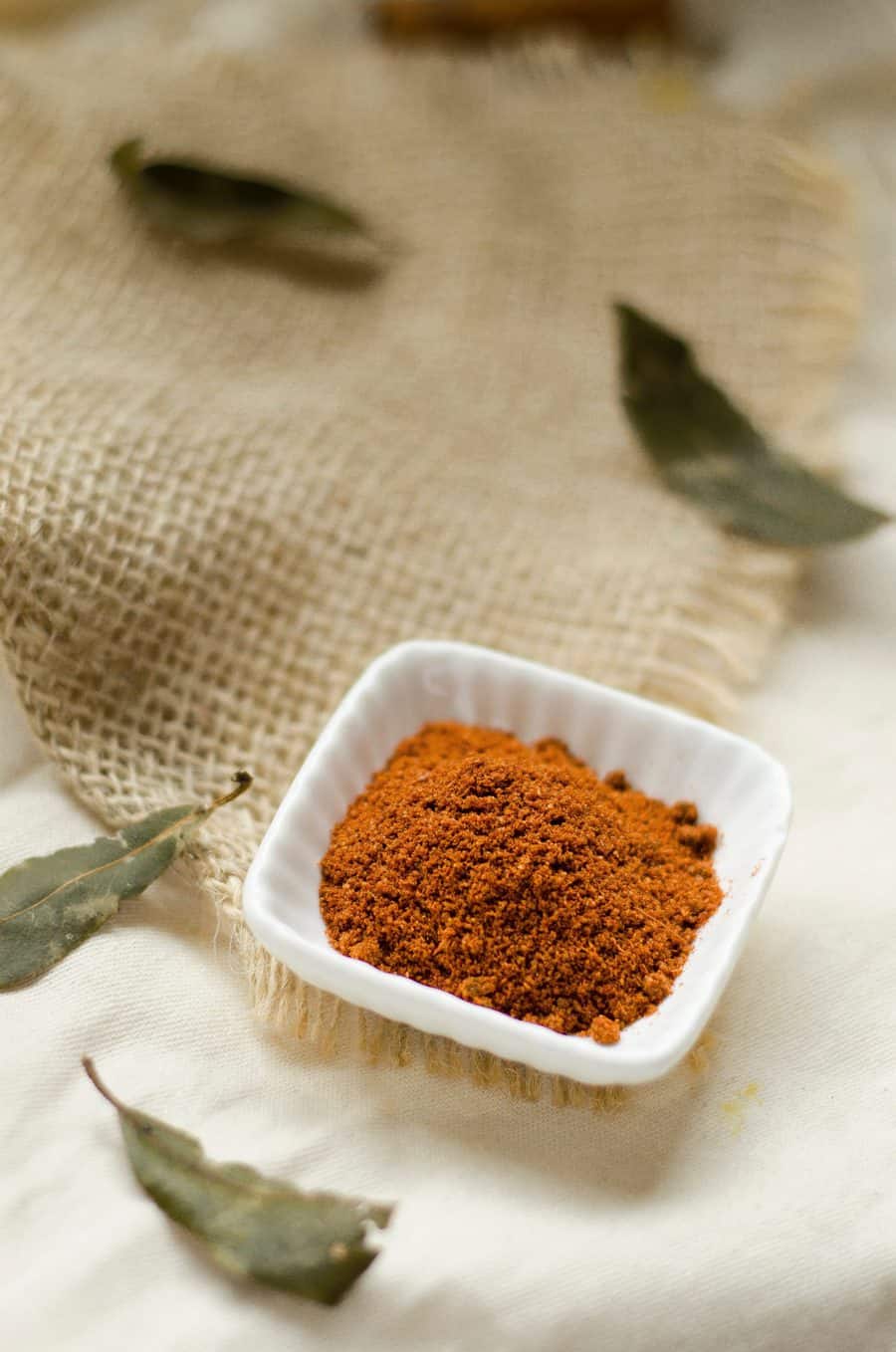 Besides being delicious and adding SO much flavor to many dishes, chili powder has a huge range of health benefits. It wouldn’t hurt to add it into your weekly meal planning! 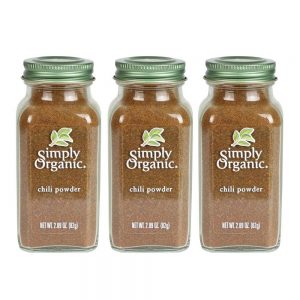 * Recipes for each of these unique renditions of Chili can be found by a quick internet search. This dish has become extremely versatile and can be made to fit any individual health needs, while still being delicious.

Always buy meat, beans, vegetables and spices from reliable sources that don’t use pesticides or additives. To get the full health benefits from your food, you must buy pure, authentic products! We are what we eat, so treat yourself and don’t withhold on spending a bit more on genuine food products, especially spices.

I hope you’ve enjoyed this article, and that your chili is thick and hearty. If you have any questions or comments, please feel free to contact me.

Kristina is a world-traveling foodie whose mission is to explore and recreate the most delicious cuisine. While still an avid traveler, Kristina has taken culinary refuge in the great country of the Czech Republic. When she isn't nannying or exploring the beautiful city of Prague, she's sharing her favorite recipes on the web.