Can You Fry Chicken in Olive Oil? – Doing it Safely

So you've got your chicken ready to fry. Can you use olive oil to create the perfect juicy piece of chicken? Is it healthy? Is it safe? Is it tasty?

Let's look into the case for frying chicken in olive oil.

Should You Fry Chicken In Olive Oil? 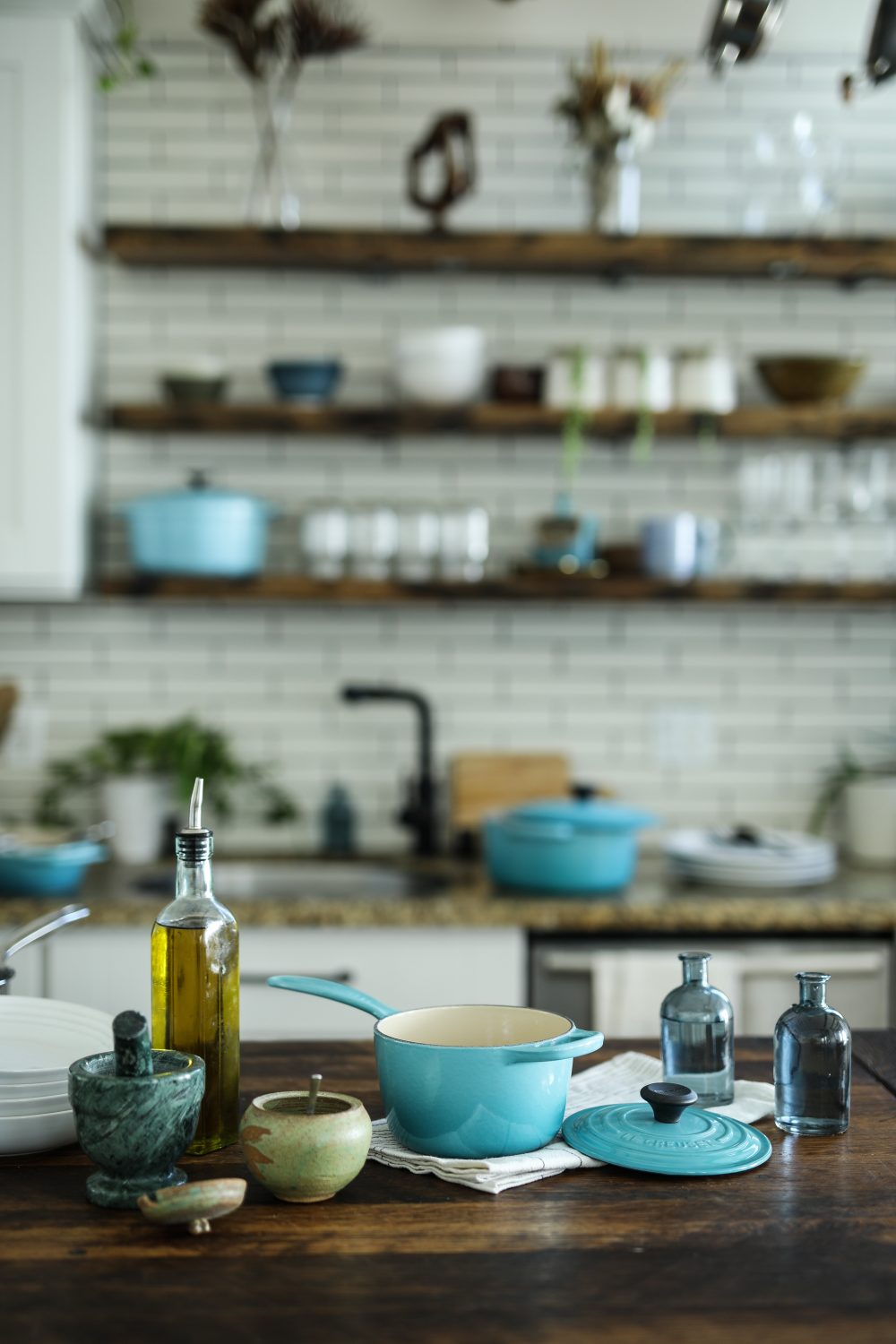 Frying chicken in olive oil is, of course, not the simple question it may seem. There are many variables one has to take into account.

There's the question of the type of olive oil, the smoke point of the oil, your dietary needs, and your wallet's needs.

In terms of whether you should fry chicken in olive oil or not, the answer depends on the specific oil you're using.

More recent studies show that frying in olive oil is generally safe. But make sure it's a high quality oil with a higher smoke point, especially when it comes to deep frying.

Thus, if you're going to fry chicken in olive oil, it may be best to use an olive oil with a higher smoke point, such as a quality EVOO. 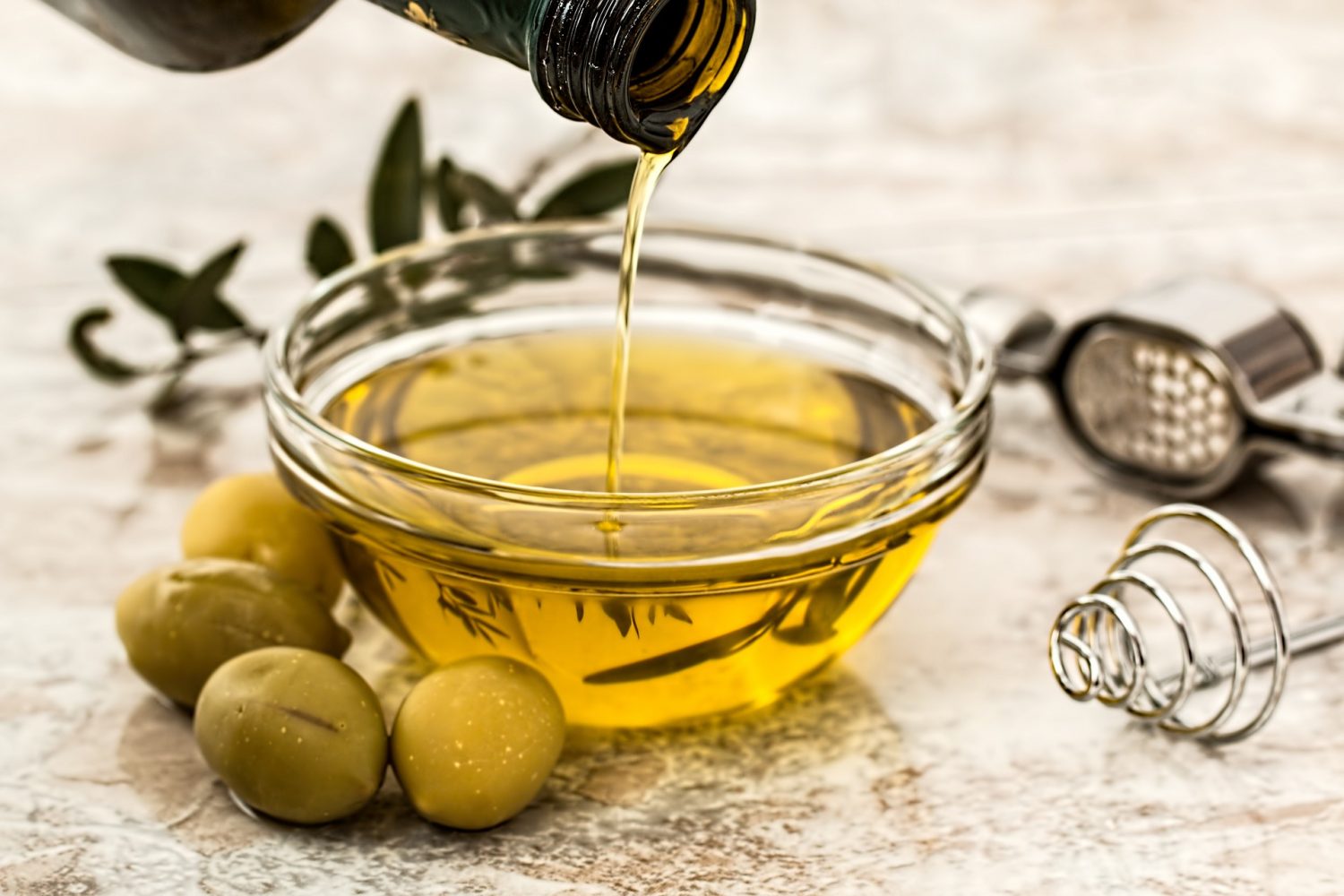 Due to the fact that they tend to burn when heated too high, cooking with low smoke point oils isn't necessarily great for the taste of your dish.

Burnt oil can produce a bitter taste, as well as create acrolein, a byproduct that could potentially change DNA, making it a possible carcinogen (2).

However, you have to remember that the amount and longevity of exposure influences the degree to which harmful byproducts could affect you.

So, if you're just a home cook and you experience a little smokiness every once in a while, there should not be cause for alarm!

Just be careful about how often, how long, and at what temperature you cook your food.

Taste of Frying with Olive Oil

Now, health and safety aren't the only components of a culinary experience. You also want to make sure the food you are preparing tastes good!

If you use olive oil and burn it, as we've gone over, you might not enjoy the bitter, burnt taste (if that's your thing though, go for it!)

However, if you make sure to fry it below the smoke point, the olive oil can produce a rich, flavorful taste.

If you're worried about burning your chicken or you're unsure of the quality of your olive oil, then you can use another vegetable oil with a higher smoke point.

Can You Deep Fry With Olive Oil (in general)? 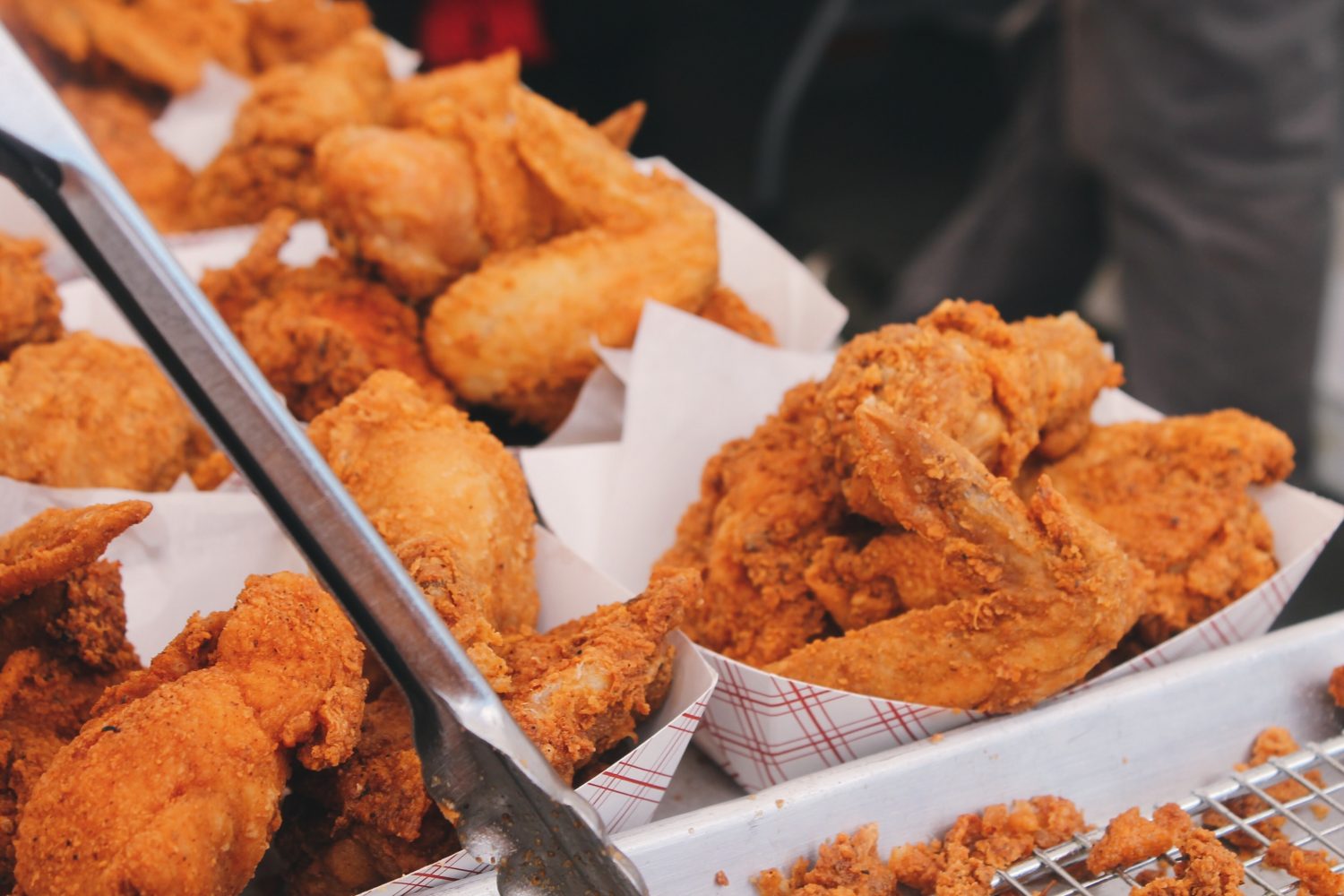 You can deep fry with olive oil, especially better quality ones.

So, if you have a high quality olive oil with a smoke point in the higher range, then you should be able to deep fry your food in it.

That said, deep frying with a good olive oil could be expensive and you could lose the particular flavor of the oil. Keep that in mind when choosing your oil!

What about Pan Frying Chicken Instead? 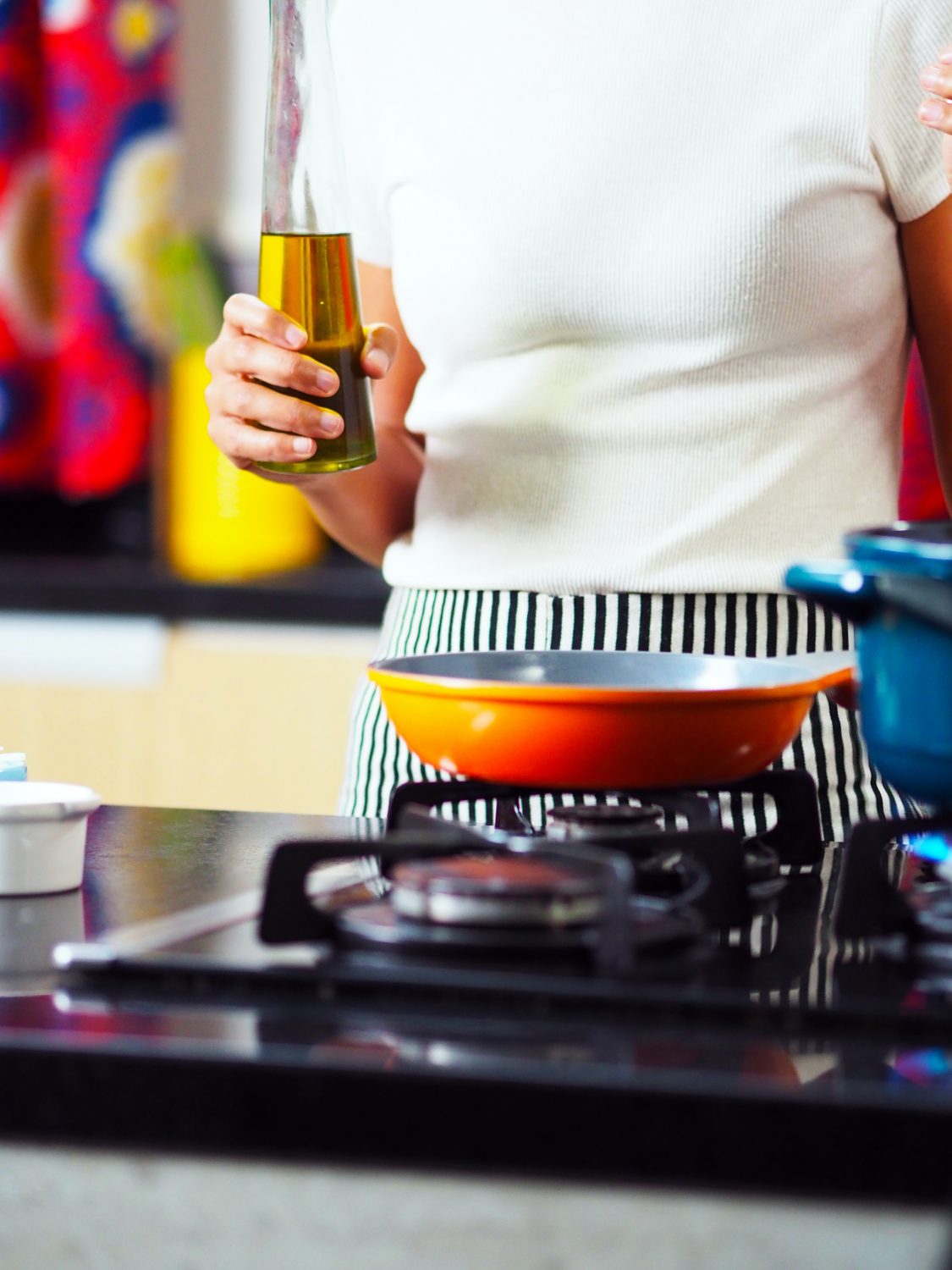 Pan frying heat levels vary from 200-400°F (4). When pan frying chicken, you'll probably want to be somewhere in the 350°F range (5). Given these facts, you can definitely pan fry chicken, and using olive oil should be fine. Even an olive oil with a lower smoke point could work, but, in the end, it's up to your personal preference!

Best Oils to use when Frying Chicken

Though taste is subjective, the best chicken taste will come from an oil that doesn't burn easily.

Most high smoke point oils, such as canola, sunflower, safflower, or peanut would fall into this category. They also have a fairly neutral taste, allowing the seasoning and the chicken to shine through.

If you want to save an extra penny though, going for a vegetable oil blend will be the most cost-effective (6).

That way you can make multiple batches of chicken and show off to everyone. A win-win.

Olive oil does happen to be the healthiest oil to use when frying. Its high levels of polyphenols and polyunsaturated fats give it the extra boost in nutrition points.

Though it might lose some polyphenols when heated, olive oil still ranks in as healthiest.

In fact, when tested against other oils in a heat comparison, olive oil remained the most stable and released the fewest harsh chemicals during the experiment (7).

So if you do choose to fry with olive oil, you can do so with the knowledge that you're picking a brain and heart-healthy choice! 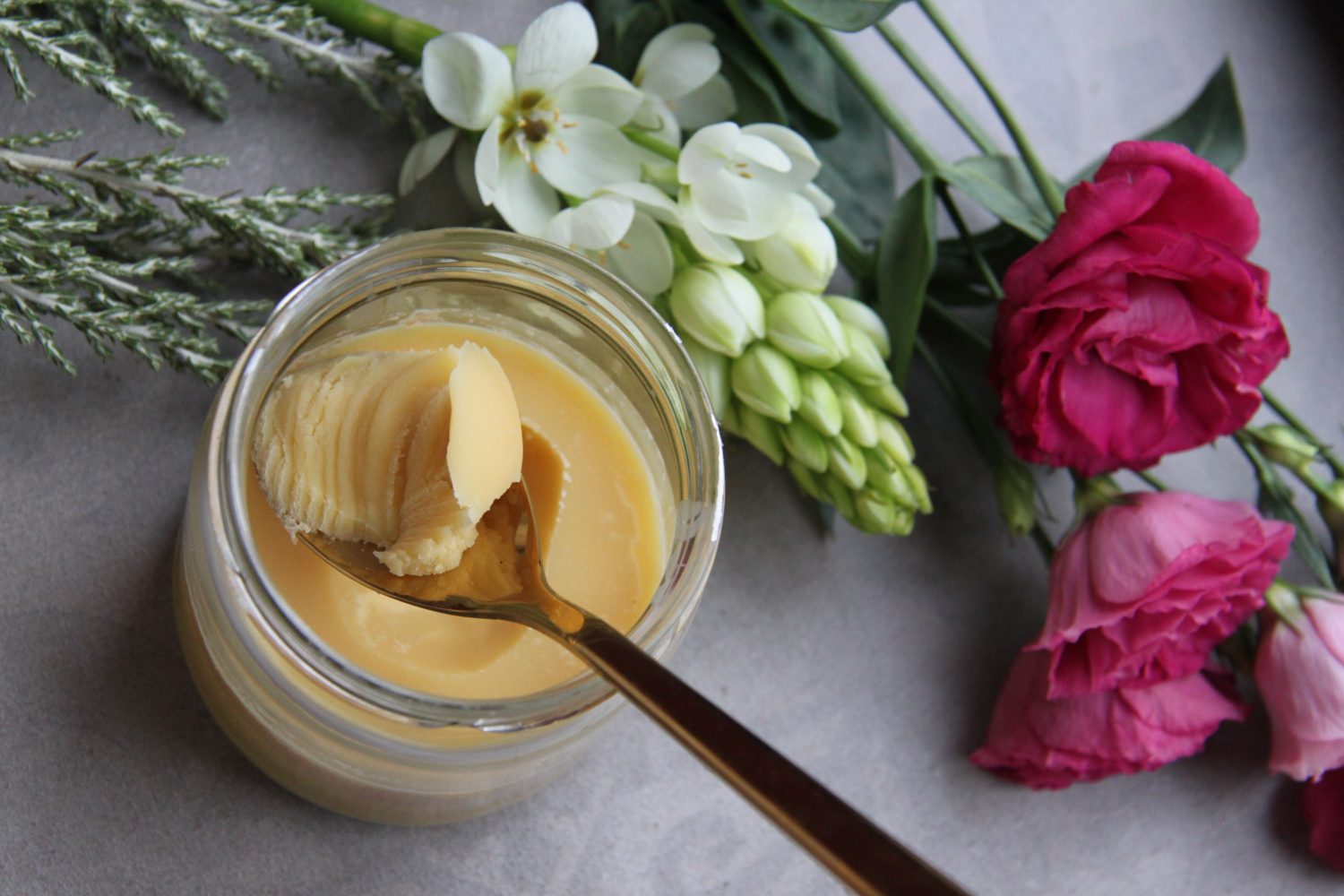 Animal oils tend to have lower smoke points, so you have to be careful about frying with them.

Clarified butter tends to be the best option as it take away most of the milky compounds that tend to burn easily (8).

Stay away from animal fats when deep frying.

In terms of vegetarian oil, preference and dietary needs play the largest role in terms of choosing a veggie-only oil.

If you're allergic to peanuts, then going for a neutral, non-nut option like sunflower or safflower oil might be the move.

If you want a neutral oil but don't want to shell out too much money, maybe opt for canola or vegetable oil.

Most vegetable and plant oils have a higher smoke point, so they are safe. You just have to decide what works best for your lifestyle! (9).

How to Fry Chicken with Olive Oil

If you plan on deep frying chicken in olive oil, you have to make sure the oil is hot enough before placing the chicken in it.

First, you should prepare your chicken while the oil is heating. Once you know it's hot enough, you can place the chicken in the oil.

Be sure not to overcrowd the pan/fryer.

Cook the chicken all the way through until golden brown.

When you're done, you can drain the oil. Don't reuse it.

Olive oil doesn't have a high enough smoke point to warrant reuse after it has been fried.

Here's a recipe for inspiration!

Can You Fry Chicken in Butter? 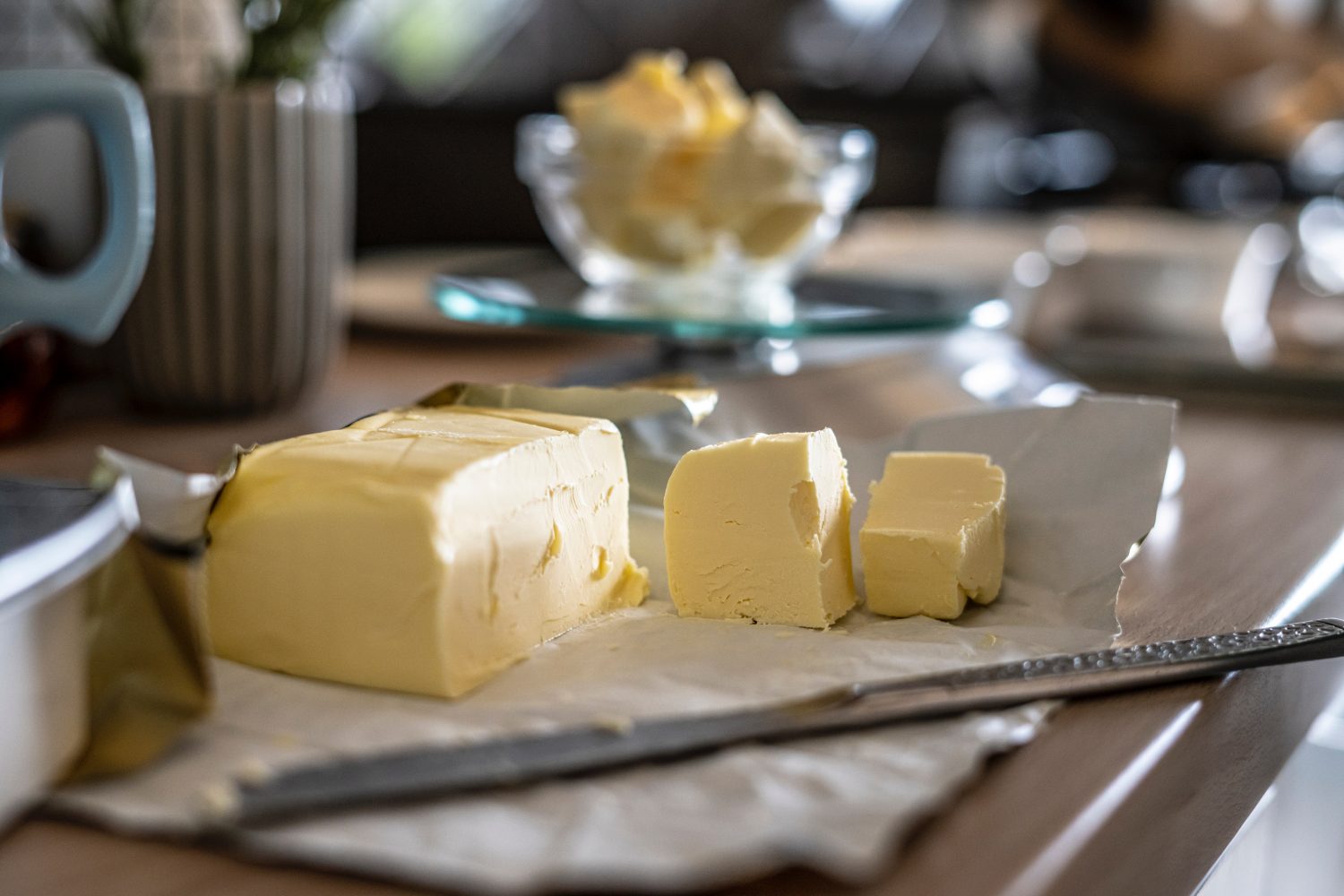 Frying chicken in butter isn't a great idea. Butter, as an animal fat, has a pretty low smoke point and can begin to burn between 250-300°F (10).

Hence, deep frying chicken in butter is out. You can definitely sauté or pan fry (on lower heat) with butter though!

Can You Fry Chicken in Olive Oil Without Flour?

You can! It's best to use a shallow frying technique and make sure your oil is hot on the pan.

You want to be careful and keep it on the lower side of low-to-medium heat, but you should be able to swing it as long as you keep an eye on the pan and don't let it smoke (11).

Can You Fry Chicken Wings in Olive Oil? 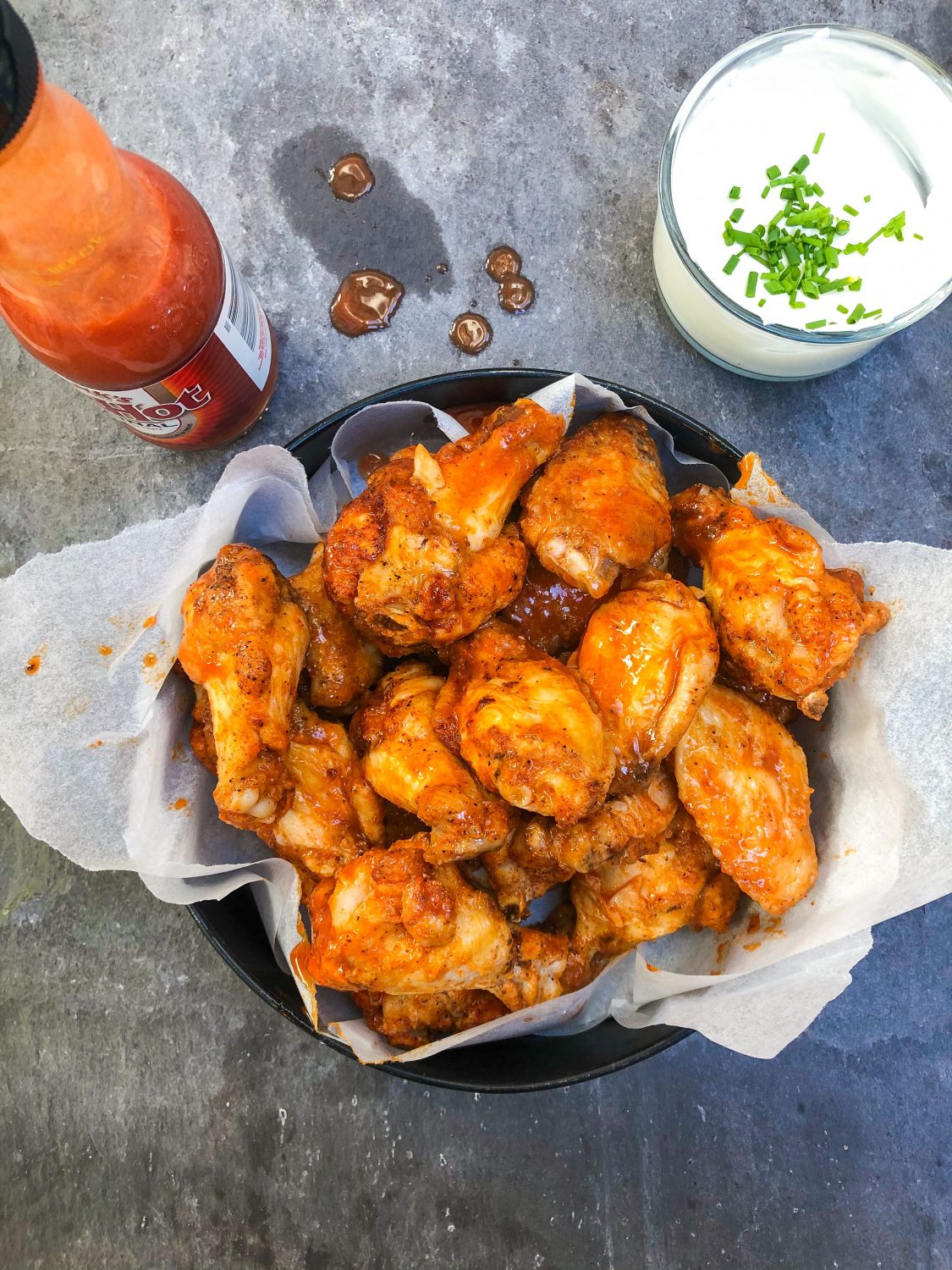 You can fry chicken wings in olive oil. Just be careful not to burn them. Burnt oil won't taste good with buffalo sauce.

What Oil does KFC Fry their chicken in?

What Oil does Mcdonalds Fry their chicken in? 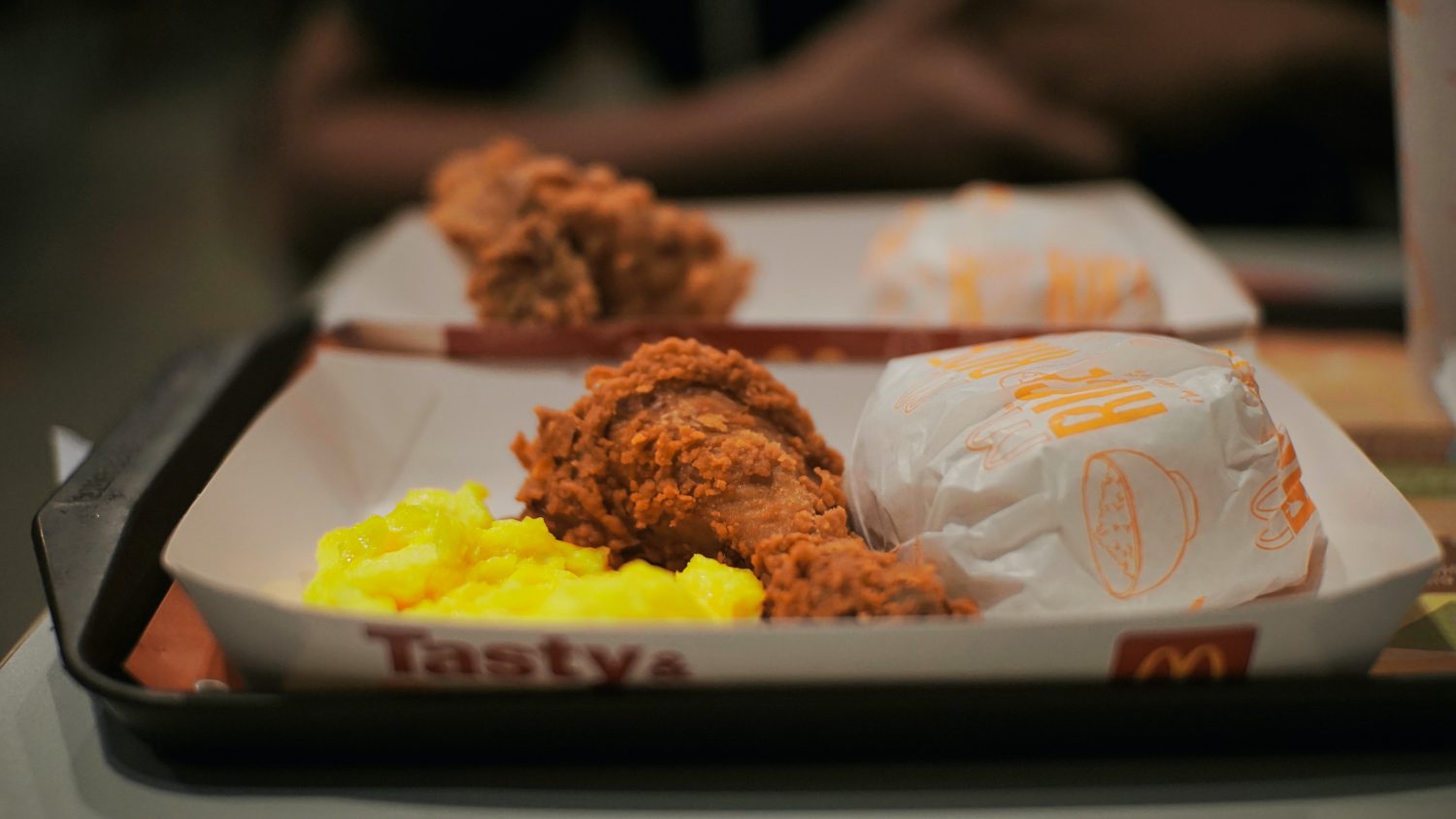 McDonald's uses a canola-blend to fry their chicken (13).

What Oil does Popeyes Fry their Chicken in?

What Oil does Chick-fil-A Fry their Chicken in? 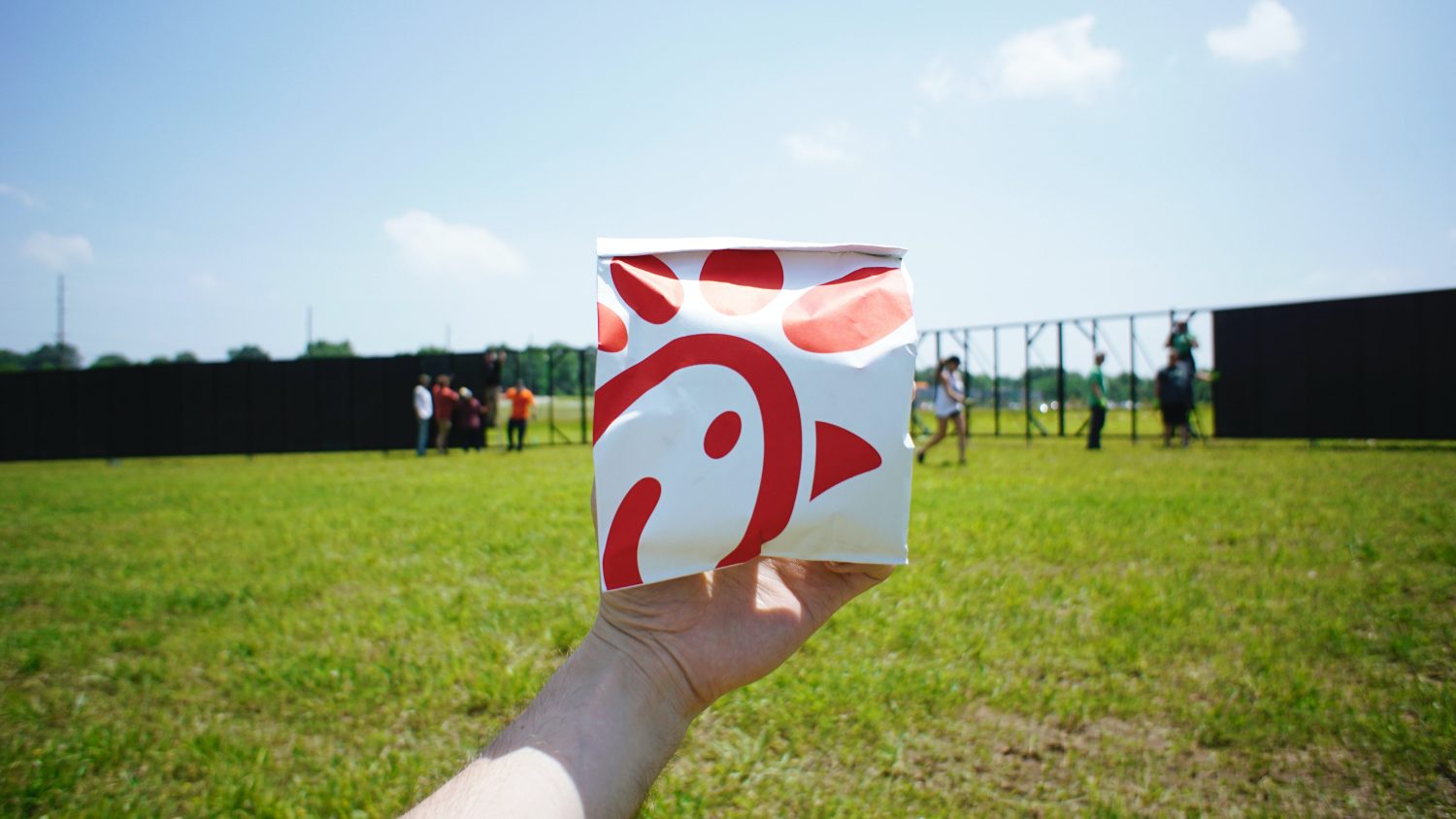 What Oil does Wingstop Fry their Chicken in?

As we've seen, the question of frying chicken in olive oil proves to be a bit more complex than one might expect. In the end, it comes down to quality and personal preference.

Skill might end up playing a role as well--if you're the type to burn water, maybe opt for a non-olive oil.

If you want to try it out, there are safe and effective ways to use olive oil in frying. Just remember to be vigilant about how high your heat is.

If you prefer to make a more cost-effective fried chicken meal, go with a less expensive oil.

However, if you've got a high quality olive oil and you're intrigued by the idea, go for it! Try something different--you might just find your new favorite thing. 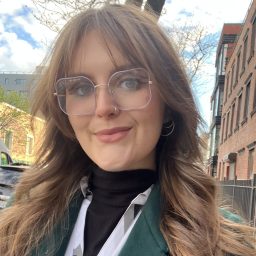 Claire is a writer with a passion for all things food and travel. Based in Brooklyn, New York, she loves to explore and try all the different cuisines the city has to offer. She’s always open to try something new! When she’s not writing or sampling new restaurants, she enjoys streaming the newest TV shows, staying active, and daydreaming about her next trip by scrolling through AirBnB listings.