You probably know it from lathering it on your bagel, making delicious homemade frostings, and creating the most incredible dips. Cream cheese is one of the most loved household staples in the kitchen.

Whatever your reason for not using it, there are various cream cheese substitutes that will fill the void superbly. Take a look at our table of contents to find the best substitute for your application. 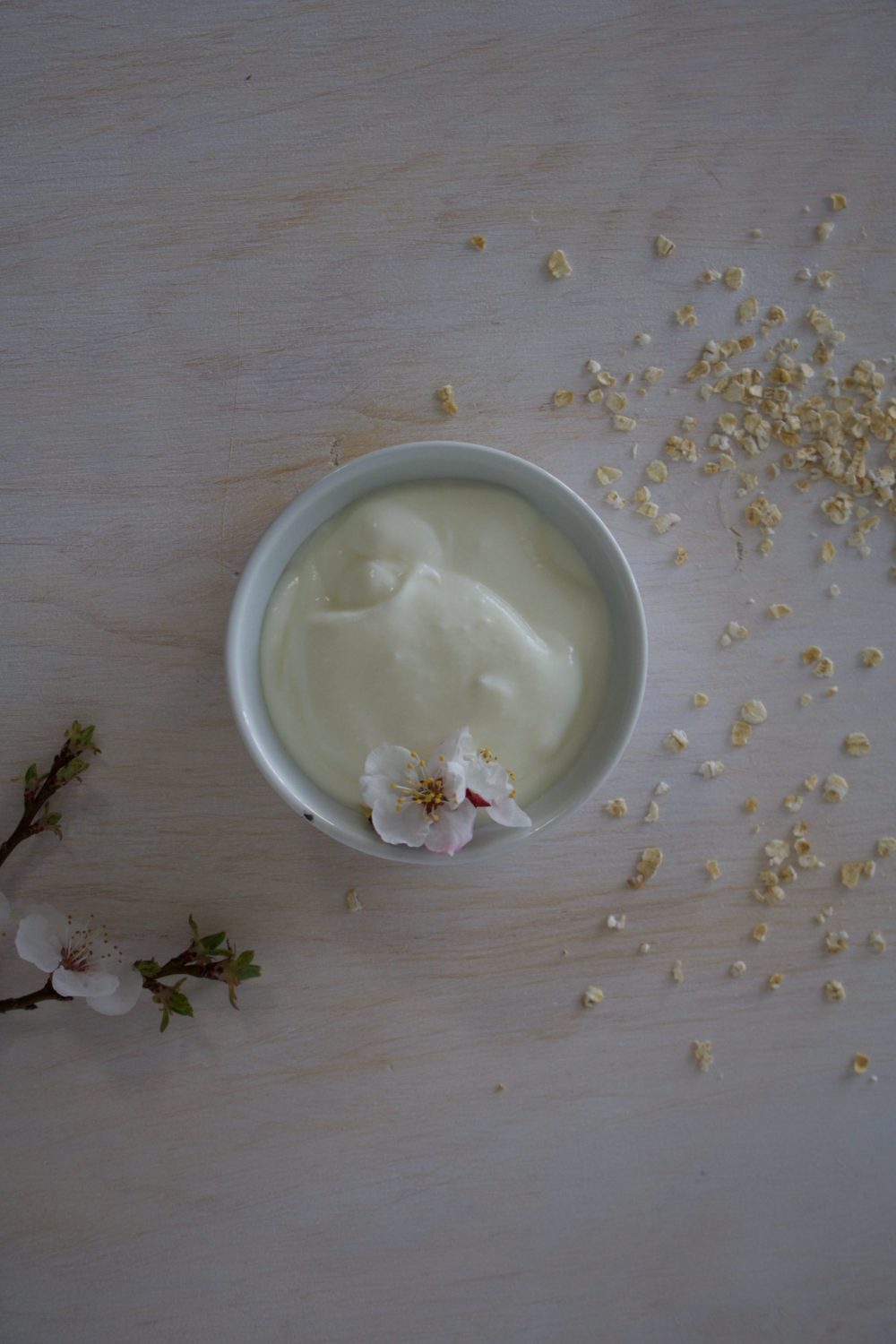 Greek yogurt is basically strained yogurt (as mentioned above) with a higher fat percentage. However, by using a store-bought greek yogurt and the same straining process above, you will yield an even thicker, creamier, spreadable yogurt cream "cheese" that is high in protein and healthy probiotics. You can even let your yogurt strain in the fridge for up to 3 days for ultimate thickness!

By using the same process above, strain your greek yogurt in the fridge, and store in an airtight container in the refrigerator for up to one week. 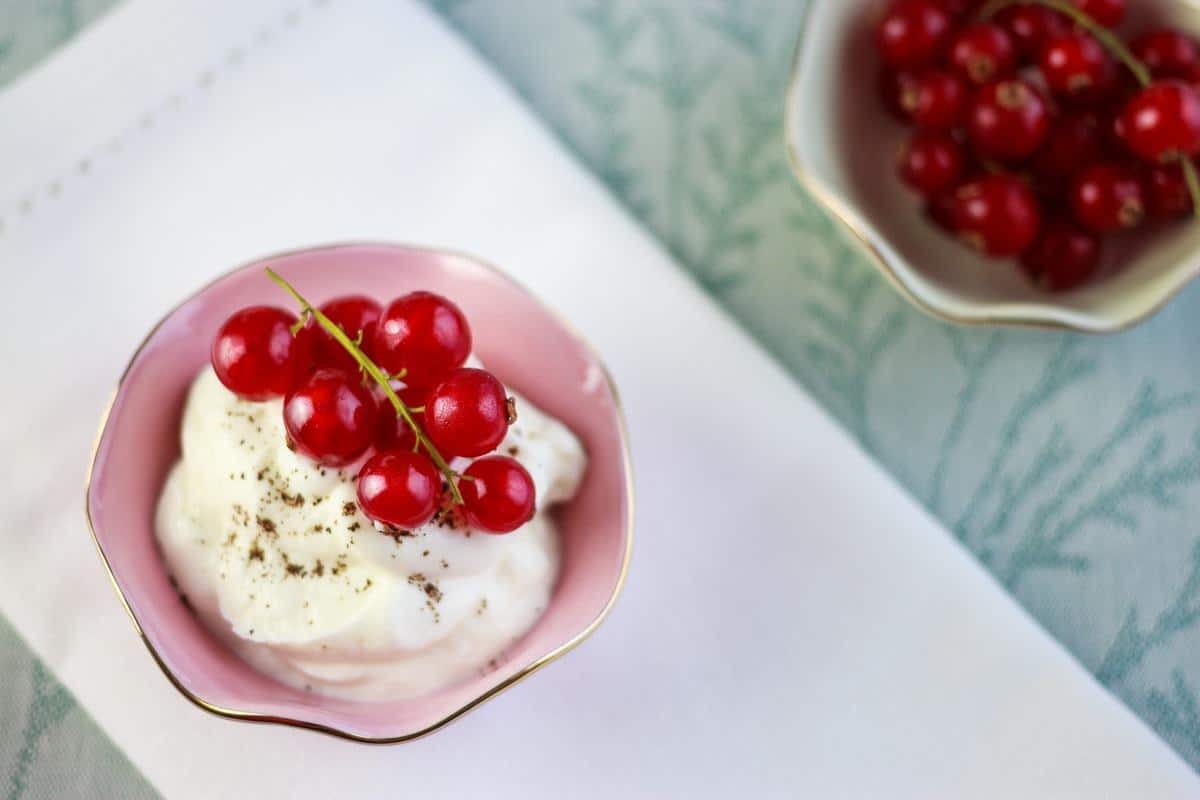 For something with similar sweetness and texture, mascarpone cheese is a great alternative to cream cheese. This unique Italian cheese is a bit lighter and creamier than cream cheese, and has lower sodium than most other cheeses, but it has almost twice as much fat as your typical cream cheese.

A small amount of lemon juice can be added to cut some of the richness and make the texture even lighter and fluffier. It's perfect for desserts due to its natural sweetness. The one downfall, mascarpone is typically more expensive, and not as readily available.

Suggested Dishes: baking, desserts & cooking. Can be used in place of cream in nearly any dish. 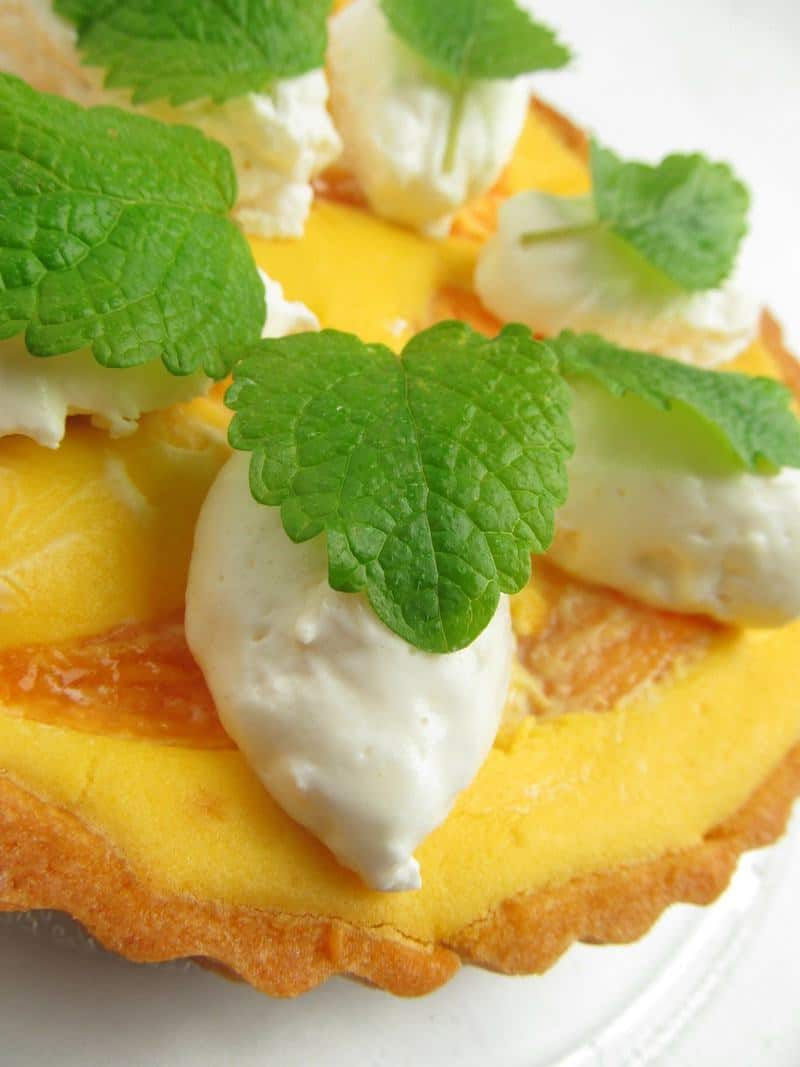 Crème Fraîche is basically a soured cream containing between 10-45% butterfat. It is high in saturated fat, and is a slightly tangier version of cream cheese. If you can get your hands on this delectable cream, it is an excellent cream cheese substitute for sauces, dips, desserts and frostings.

Keep in mind, this cream packs a lot of body and rich flavors, so a little goes a long way.

Combine the buttermilk and cream in a saucepan and heat only until warm. Pour into a clean glass jar or container. Partially cover and let stand at room temperature for 8 to 24 hours, until thickened. Stir and refrigerate at least 24 hours before using. Keep in an airtight container in the fridge for up to 2 weeks. 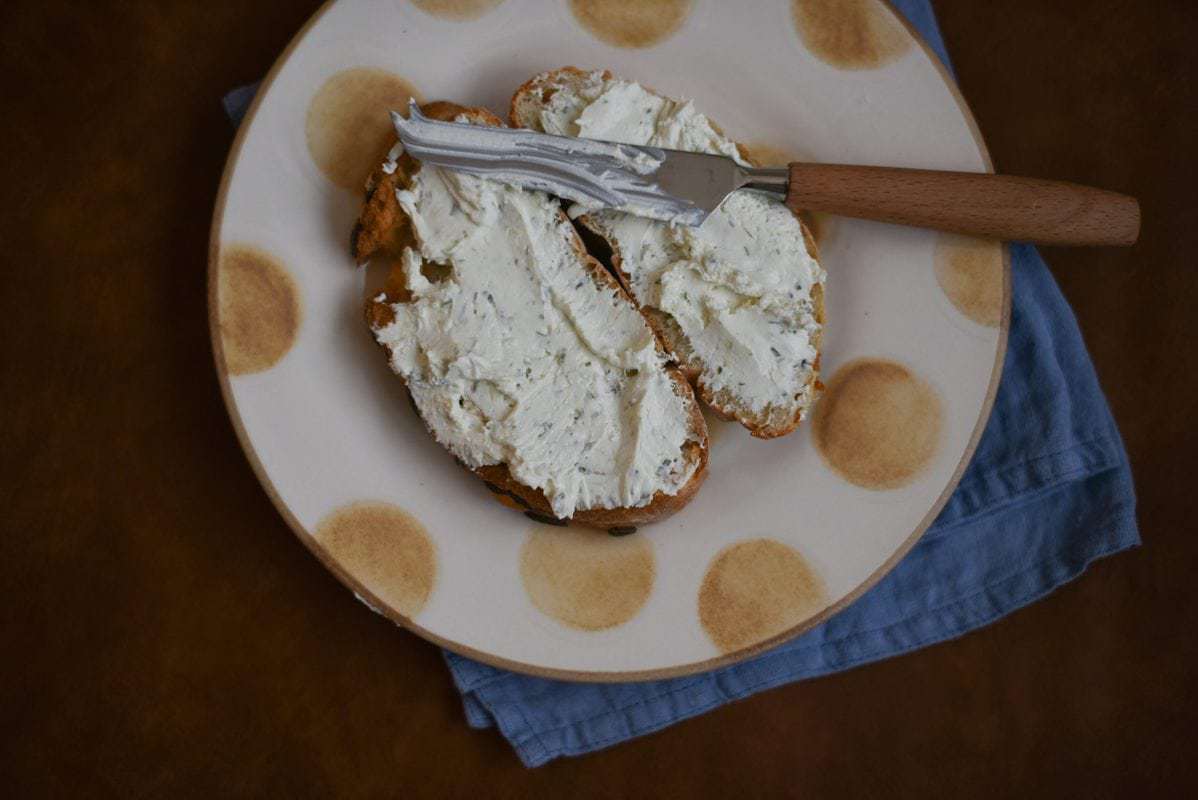 A richly flavored french cheese containing 60-75% milk fat, gervais cheese can be a unique cream cheese replacement. The texture is similar to a very soft cream cheese, and it is perfectly spreadable.

The problem is finding this type of cheese, especially if you aren't in Europe. If you can find it, then you have a great replacement for cream cheese. If not, best to move on down the list. 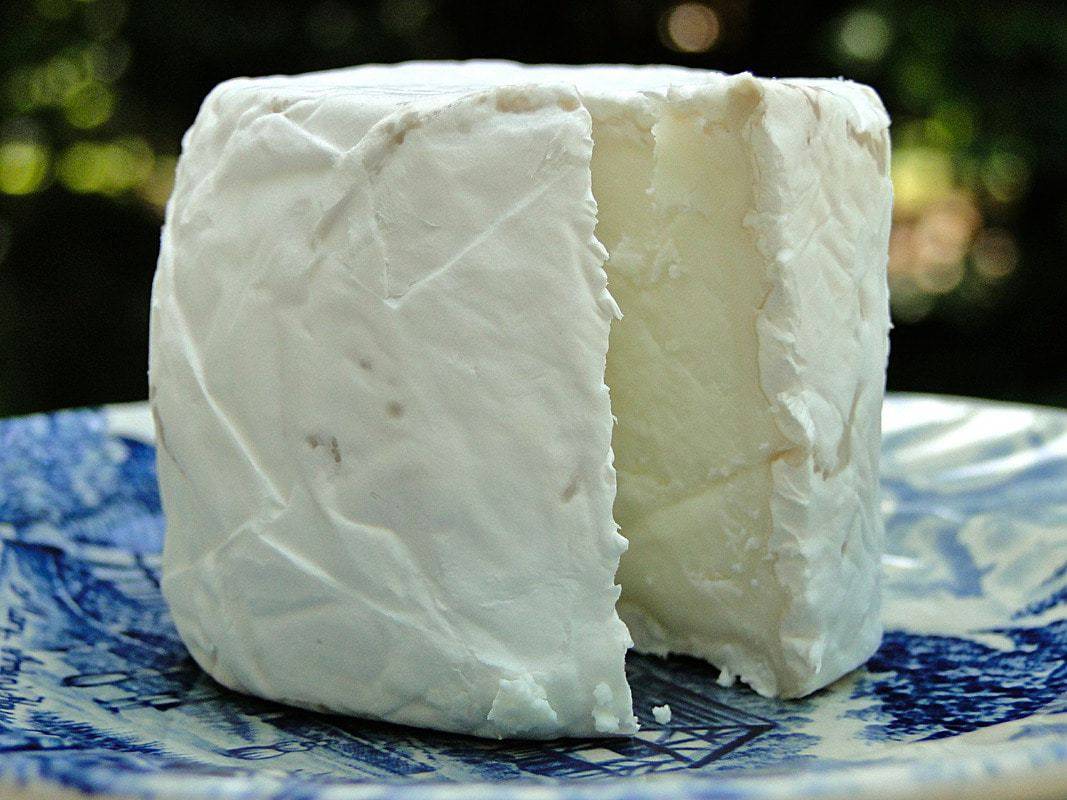 With an excellent and rich flavor, plain soft goat cheese makes a great alternative to cream cheese, due to its similarly smooth texture and tangy flavor.

(be careful freezing goat cheese. This can ruin its unique texture).

Goat cheese is denser than cream cheese, so not as much needs to be used in a recipe. It can be whipped to become fluffier and more spreadable.

Even those with milk or lactose intolerance usually fair OK when eating goat cheese, as it is easier on the digestive system. Goat cheese will not be your cheapest option when it comes to replacing cream cheese, but it does provide a healthier replacement with half the amount of cholesterol and fat. 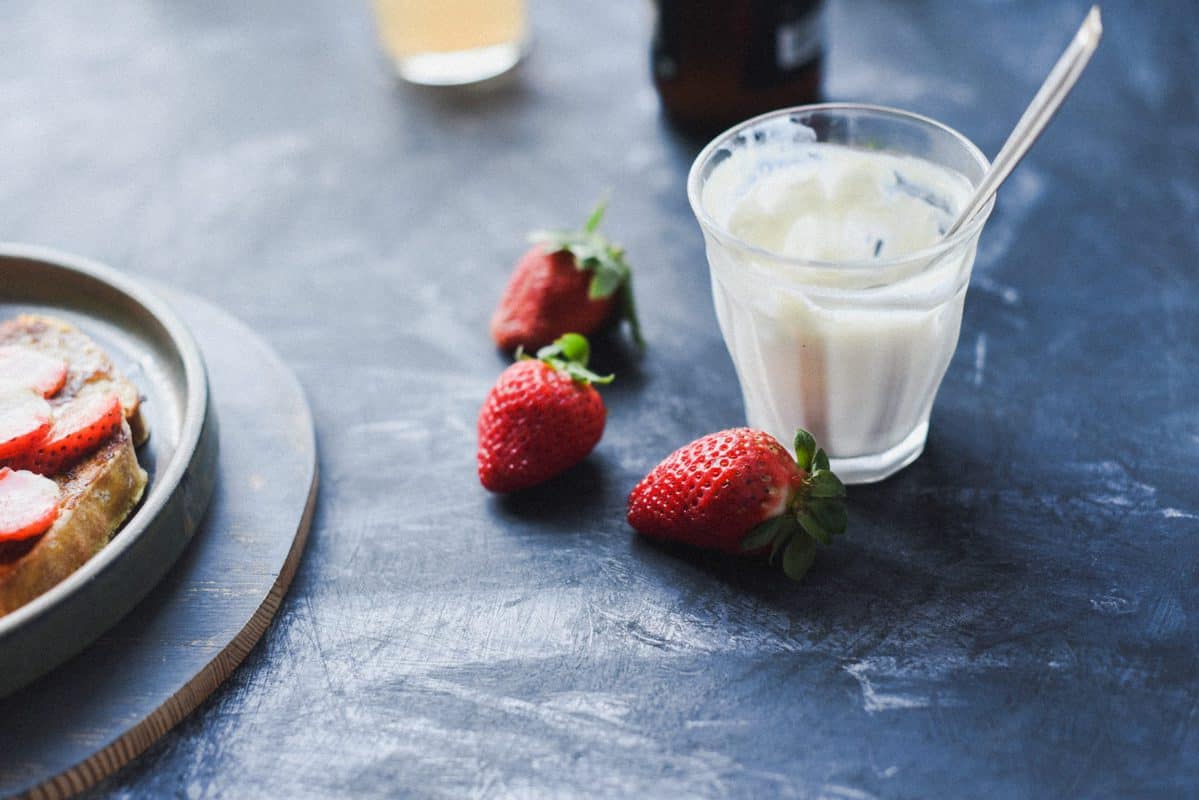 A very common question we get is, "can you use sour cream instead of cream cheese." The short answer is YES!

Still high in saturate fat, it may not be the “healthiest” on the list, but it's definitely one of the most delicious. If you have it on hand, sour cream could come in handy as a great replacement for cream cheese, depending on what you're making.

Given its acidic taste, it should not be substituted for cream cheese in frosting recipes, but rather savory recipes. Sour cream contains almost half the fat that cream cheese does. 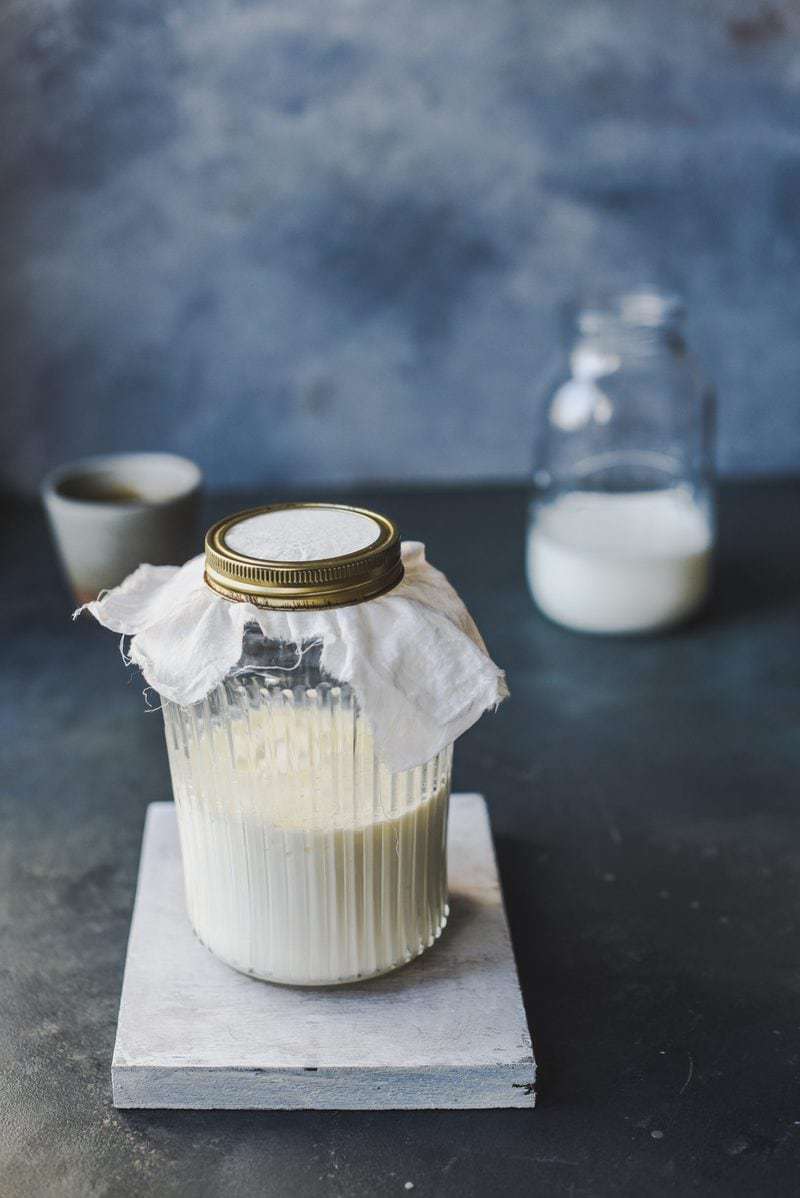 This alternative is low in sodium and your best bet for a low-fat cream cheese. It also has less sugar than unstrained yogurt, and higher protein, calcium, and vitamin B12 content.

You can use yogurts with different percentages of fat, but whole milk yogurt will produce a taste most like cream cheese. With some added honey, maple syrup, or alternate sweetener, you have a perfect alternative cream cheese with a similar texture and taste. 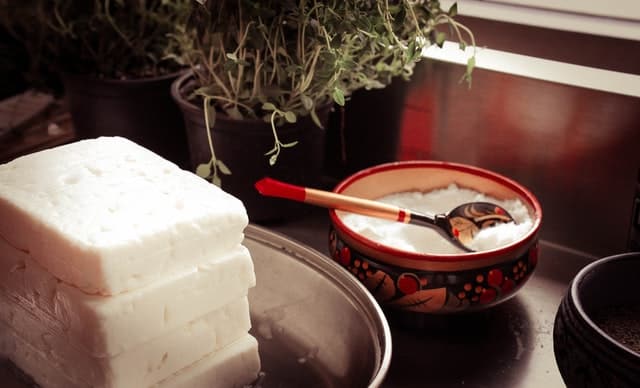 Keep in mind, baking will lead to slightly different texture than cream cheese. This will obviously depend on the duration and temperature of baking. It's for this reason, we recommend using this alternative for dips and spreads. 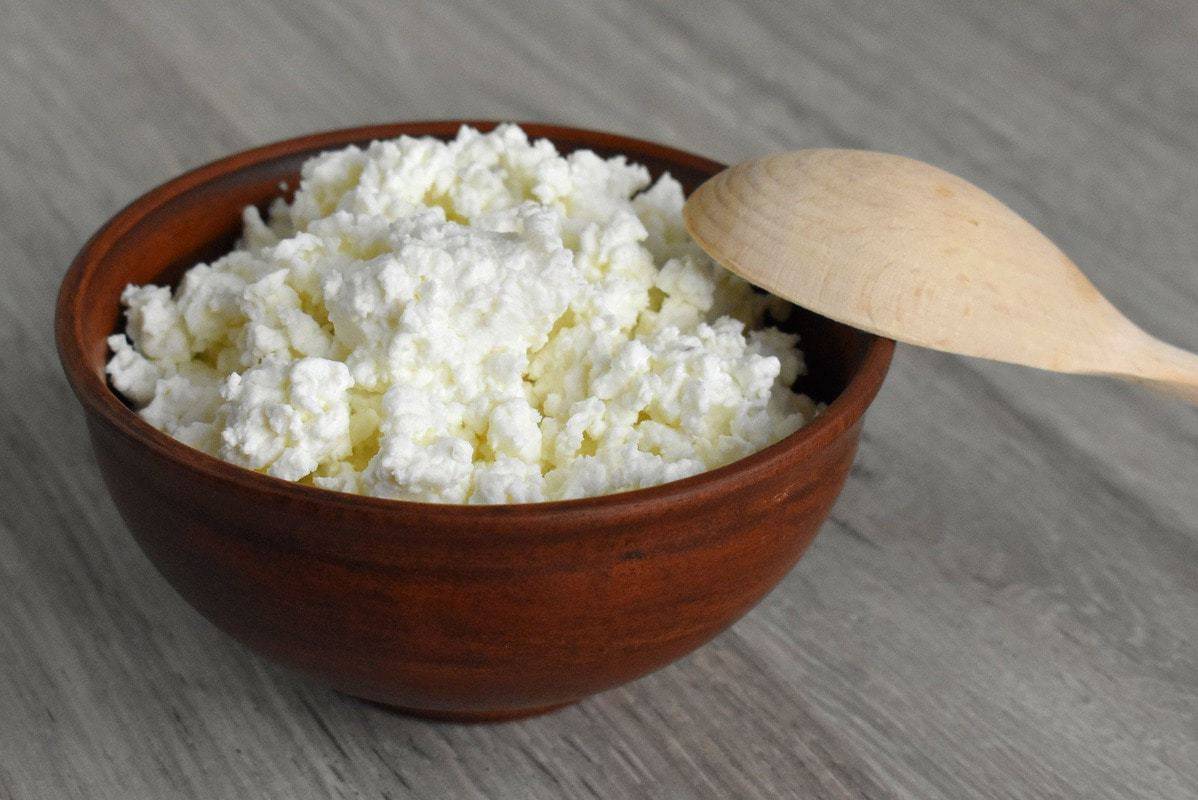 Cottage cheese, another household staple for many, is a form of fresh cheese that is lower in fat than cream cheese. For desserts and frostings, strain the cottage cheese overnight and blend with an equal amount of heavy cream. 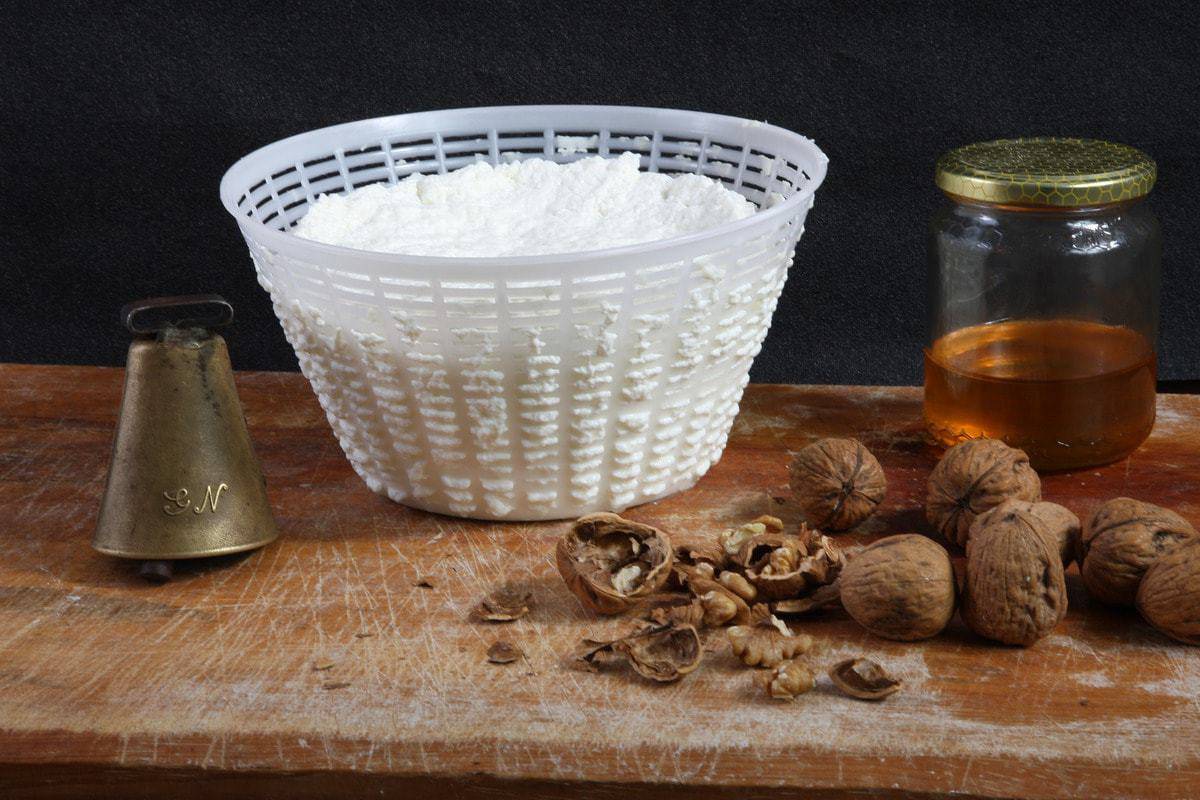 Ricotta cheese is a good replacement in terms of taste, but the texture is grainier & drier than cream cheese. Adding some sugar or sweetener will make it even more similar in taste.

Ricotta is used fresh and has a lighter taste than many other cheeses.

Because of its naturally crumbly texture, to replace cream cheese with ricotta, it must first be mixed well with plain yogurt to get the right texture for baking and making dips. Ricotta is a great source of protein, calcium, vitamins A & B, zinc, and phosphorus.

It's suitable for those with high blood pressure, as it has about ½ the amount of sodium as most other cheeses. The best ricotta to use will be fresh and made with full-fat milk.

Ricotta cheese and heavy cream, 1:1 specifically for frostings and cheesecake. 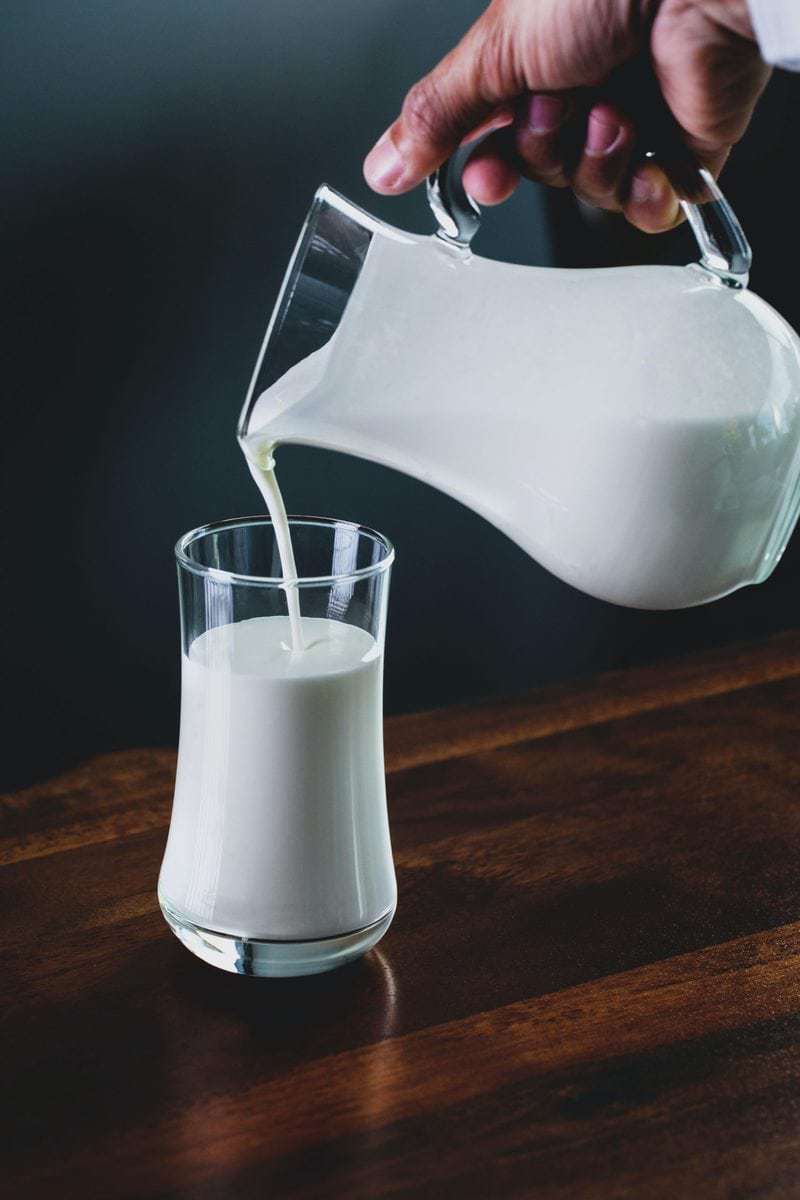 To make a great, healthy cream cheese replacement with kefir, you will need to strain it in the fridge for 2-3 days. What's left over will be a super creamy, spreadable product to use in savory spreads and dips.

If you want to make it extra creamy, throw it in an immersion blender and mix on high. Kefir is virtually lactose free, high in probiotics, and much easier on the digestive system than normal dairy products. 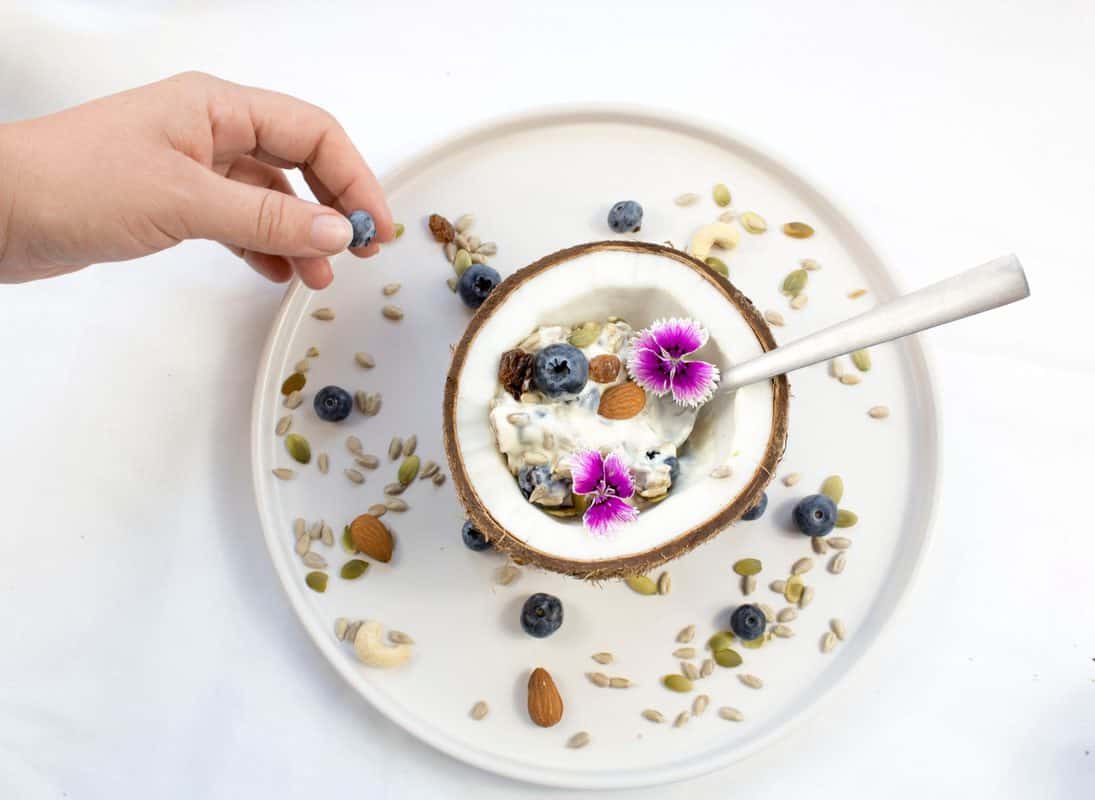 This coconut cream "cheese" is surprisingly easy to make at home, and super healthy and beneficial. Naturally sweeter than traditional cream cheese, it's perfect for a replacement in sweet recipes. There are also some great product on the market at certain health food stores.

Simply take the solids from the top of a well-chilled can of full-fat coconut milk or cream (you can save the liquid for smoothies) and blend it with 1/2 tsp. fresh squeezed lemon juice and a pinch of salt.

Then it must sit, straining (same method as yogurt) in a cool, dark place, to become cultured (24-36 hours). The longer it sits, the tangier it will be. Then refrigerate the spread for at least 6 hours until firm, and use as needed.

*Adding some nutritional yeast (1 tsp. at a time) will give it a slightly cheesy flavor, which can be perfect for savory wraps or in pasta sauces. Adding fresh garlic (or powder) can make it even more savory, perfect for a veggie dip or sauce. There are now many cashew cream "cheese" products available at certain health food stores, but you can also make your own at home. Cashews are full of healthy fats and are good for those with high cholesterol. Not the best alternative when making sweet recipes, but great for savory ones. This spread boasts a great creamy, nutty flavor.

Make sure all ingredients are at room temperature, and blend well. The more you mix, the fluffier your spread will be. 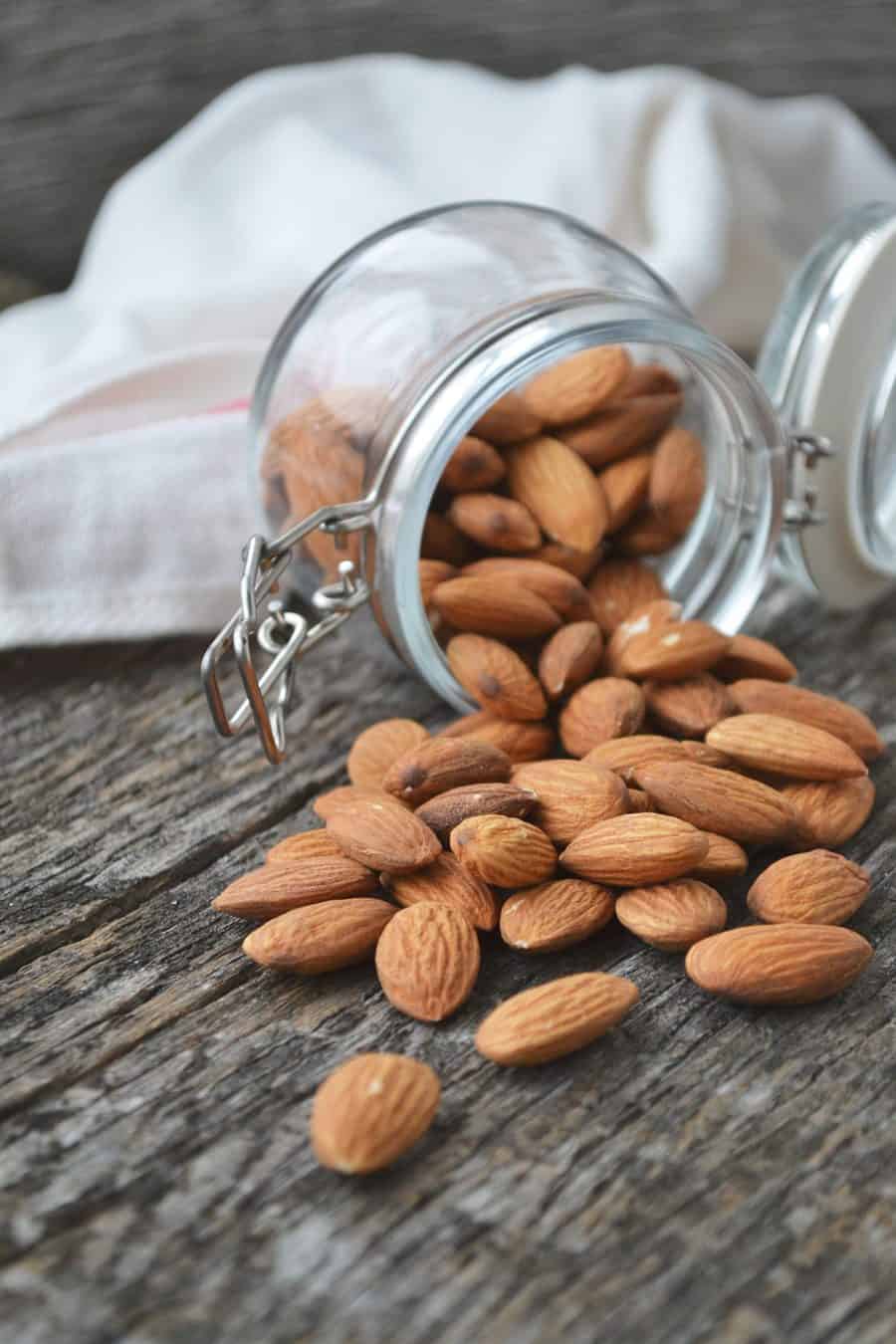 Almond-based cream "cheese" has become a very popular product for those who are dairy-free or vegan. It's actually really easy to make your own at home, and highly satisfying! Almonds contain a lot of healthy fats, fiber, protein, magnesium, and vitamin E, and are a super healthy substitute for typical cream cheese.

Either soak your almonds overnight in a bowl full of cold water, or cover them with boiling water, set aside, and let sit for at least 30 minutes. Strain your almonds well, and add to a blender or immersion mixer, along with the other ingredients. Blend on high until a creamy spread is made. Keep in an airtight container in the fridge for up to 1 week.

Your spread will firm up and the flavors will mellow after refrigeration.

1 clove of fresh garlic (or powder) can be added for an even more savory spread.

Keep in mind, most nut cream cheese recipes use nutritional yeast, which produces a cheesy flavor. They are also thick and creamy, but not as sweet as cream cheese, so better for savory recipes. Vanilla extract or sweetener can be added for a sweeter flavor. 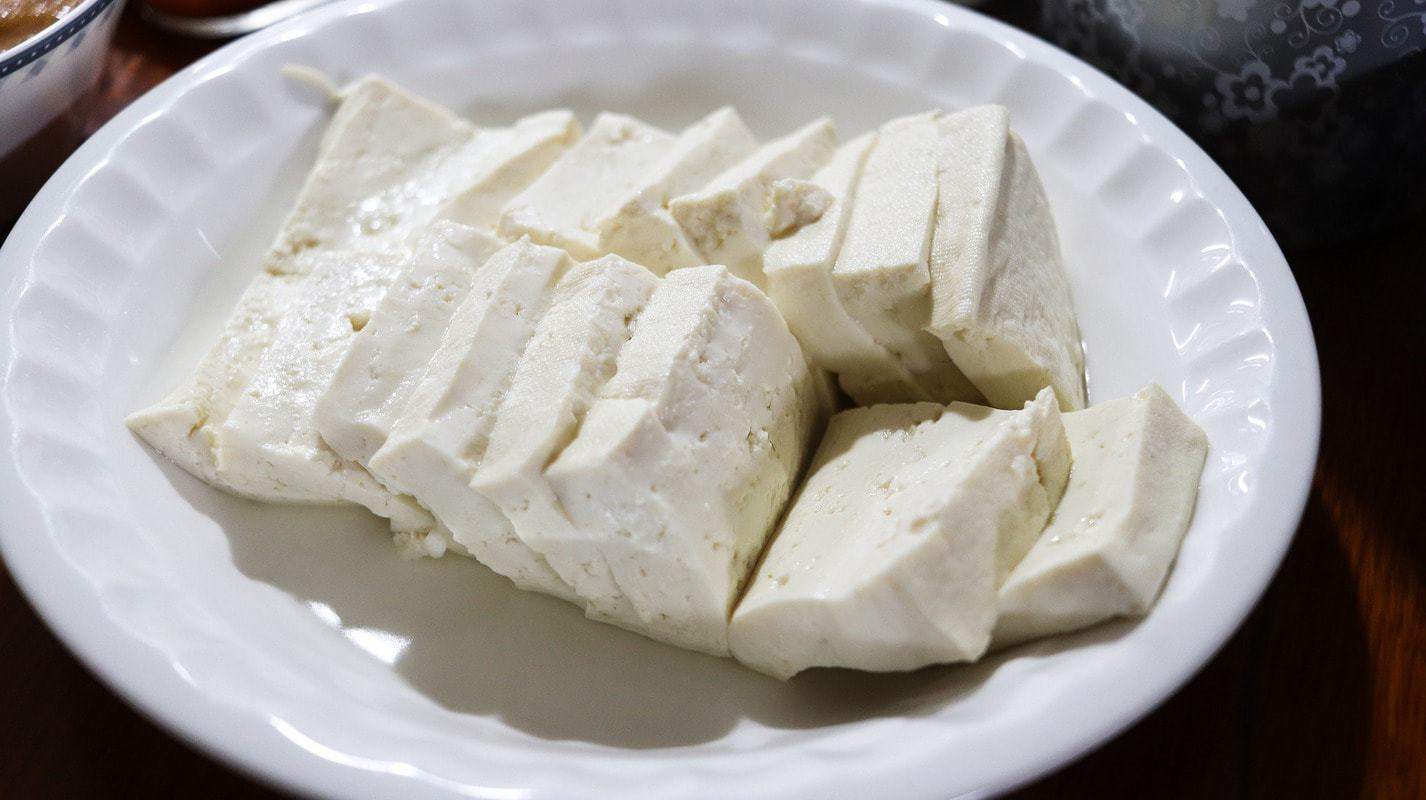 Tofu cream "cheese" is made with silky/firm tofu, lemon juice, vinegar, oil, sugar and salt, making it okay for most dietary restrictions; it's gluten free, dairy free, and vegan friendly. Tofu spread is thick and creamy, and can be used in sweet and savory dishes, just like cream cheese.

These days there are many tofu spreads that have the same flavors and texture as typical cream cheese. The amount of products on the market is endless, but a highly recommended brand is the well-known Tofutti. Don't be afraid to make your own at home!

Puree all your ingredients together, and keep in a sealed container in the fridge.

What Exactly is Cream Cheese? 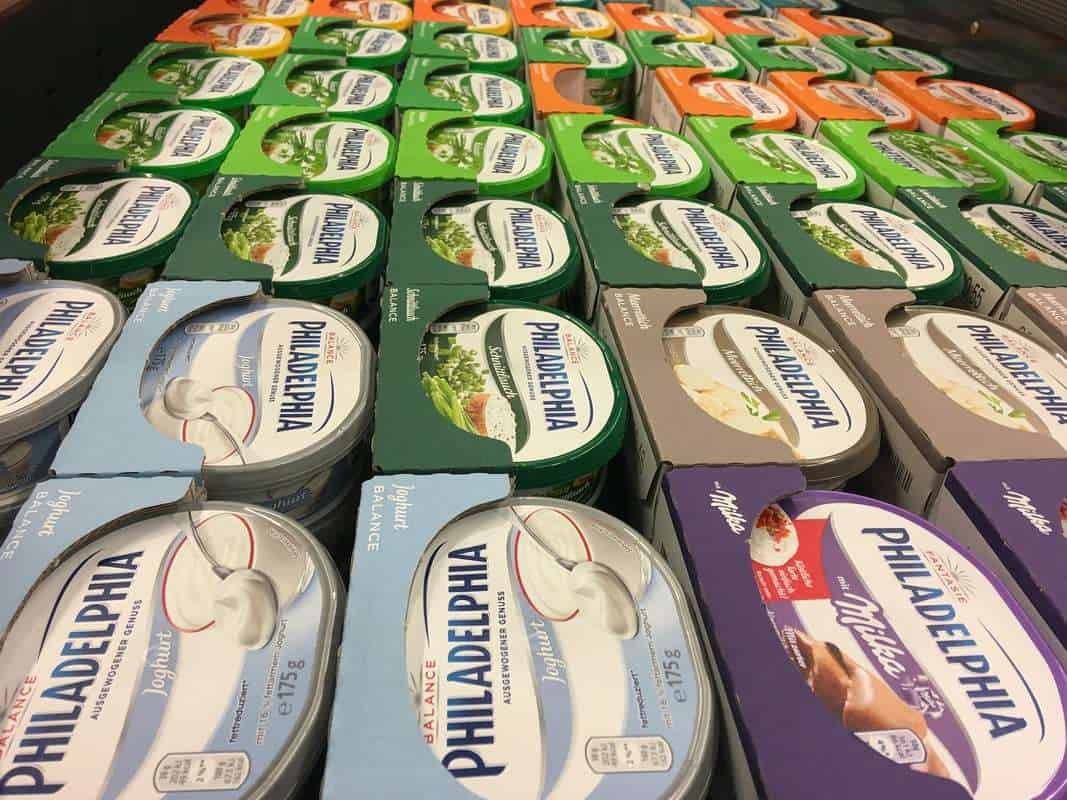 Firstly, let's define cream cheese so we can find the appropriate substitute for you. Cream cheese is an American invention, dating back to 1873 when the well known company Philadelphia came out with their first product.

It is considered a fresh (unripened) cheese made from cows milk, and technically must contain at least 33% milk fat. Cream cheese boasts a mildly sweet, tangy, milky flavor profile. It is an extremely versatile ingredient, and can be used in many different recipes, such as dips, baked goods, frostings, and spreads.

Cream cheese can also be frozen long term for recipes that don't rely on its unique texture. However, using thawed cream cheese for cold recipes may give off a grainy texture. 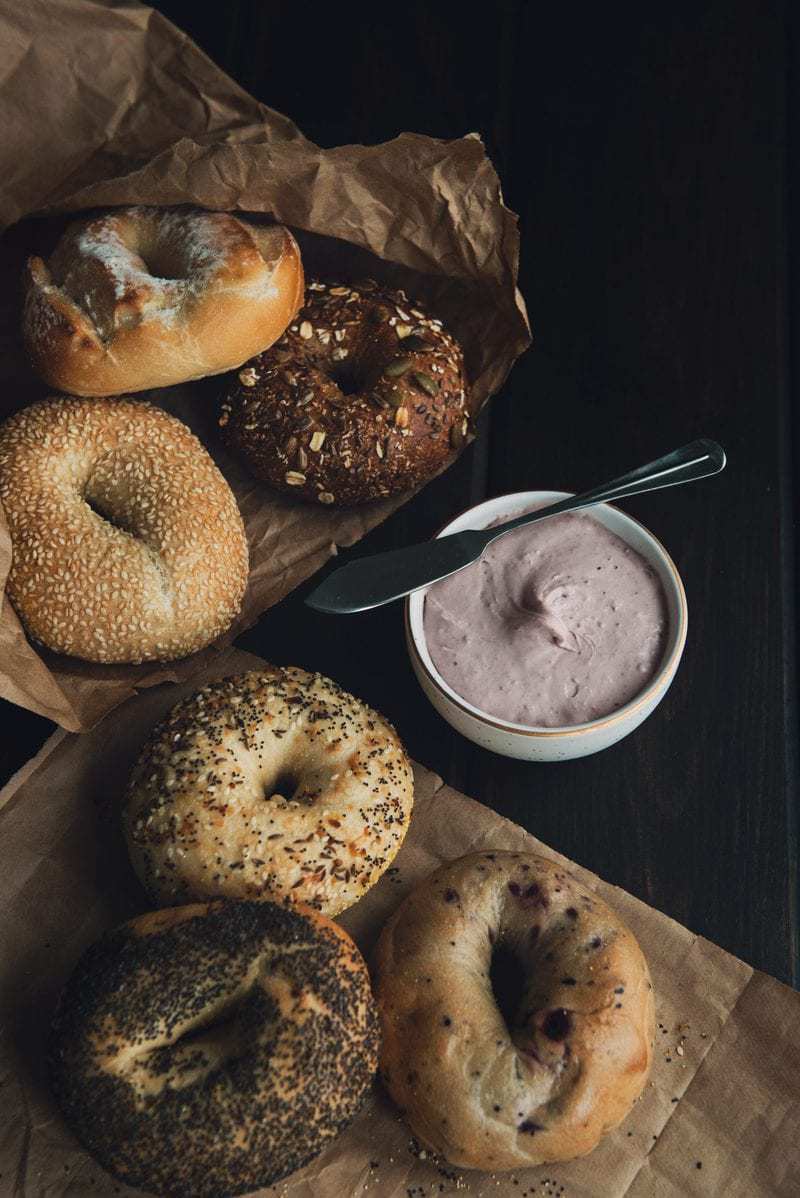 If you'd like to go with a different cheese variety, you can try mixing the cheese with heavy cream. Proportions will vary heavily on the type of cheese, so we recommend adding and mixing slowly to get the desired texture.

Keep in mind, stronger flavored cheese varieties can overwhelm the flavor. We recommend going with cottage cheese, mascarpone or creme fraiche to experiment.

If you're looking for a vegan alternative, Cooking on Caffeine has a fantastic vegan no cream cheese frosting.

Cream cheese is delicious and extremely versatile, but maybe you don't have it on hand, or would like a healthier substitute. Whatever your circumstances, there are some pretty remarkable substitutions.

No matter the ingredients you have on hand, or your diet restrictions, we're confident you can find a substitution worth enjoying. You might even enjoying experimenting by making some of your own cream cheese at home, using some of the techniques we've mentioned.

Hope this was helpful. Leave a comment below if you have any questions. Do you know of any other cream cheese substitutes? Let us know. 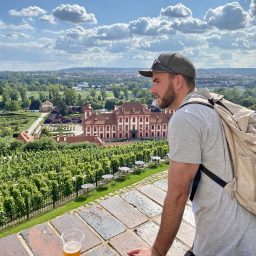