Carnitas vs Barbacoa: What’s the Difference?

Now, there’s nothing wrong with pork chops, but sometimes I want something a little more exciting than that. Something with a little flavor.

Although I’m not a lengua person, I like to think of myself as a fairly adventurous eater. So, believe me when I say that carnitas and barbacoa are some of the most delicious meats I’ve ever eaten. And I’m from Kansas City, where we do barbecue right.

If you’re looking to expand your repertoire or try something new, you’ve come to the right place! Here we’ll cover the differences between carnitas and barbacoa, offer a recipe or two, and give helpful hints into Chipotle’s protein game.

Fair warning: you may be hungry by the end of this article. I sure was! 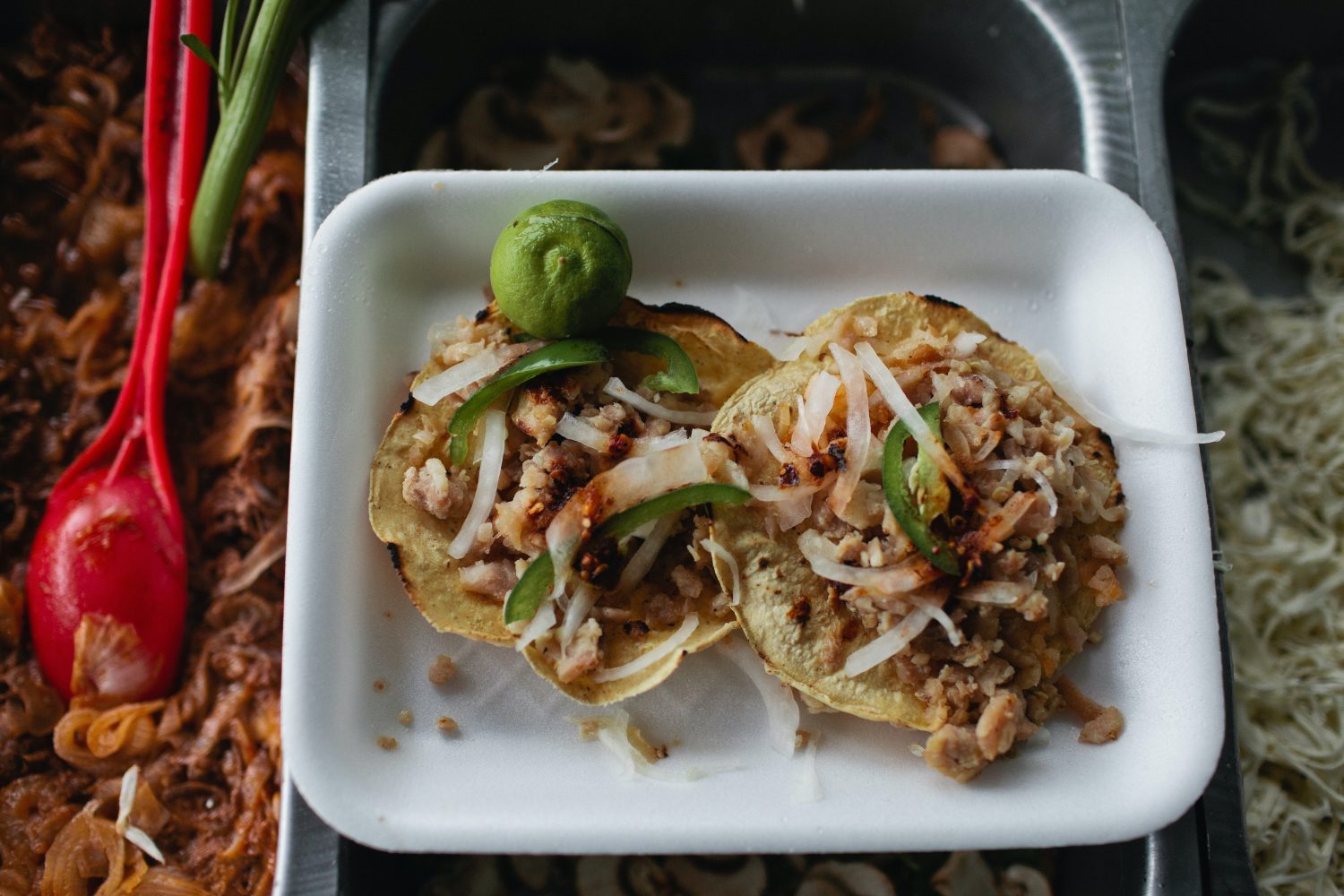 Carnitas means “little meats,” which feels very accurate to me.

Although this dish originated in Michoacán, it’s now made in most states in Mexico. However, each state’s version of carnitas is a bit different than the other, so expect some variety!

Carnitas is traditionally made with pork and lard. This pork dish is made by simmering the butt or shoulder in lard for multiple hours, resulting in tender fried meat. Some add in organs to intensify the flavor, though not always to eat. Others add Hierbas de Olor (herbs of smell); these bundles include marjoram, bay leaf, and thyme, in case you’re unfamiliar. To top it all off, carnitas is usually served with cilantro, lime, diced onion, and salsa.

Carnitas is versatile in that it could be served on its own, or as a protein in tacos, tamales, tortas, tostadas, or more! 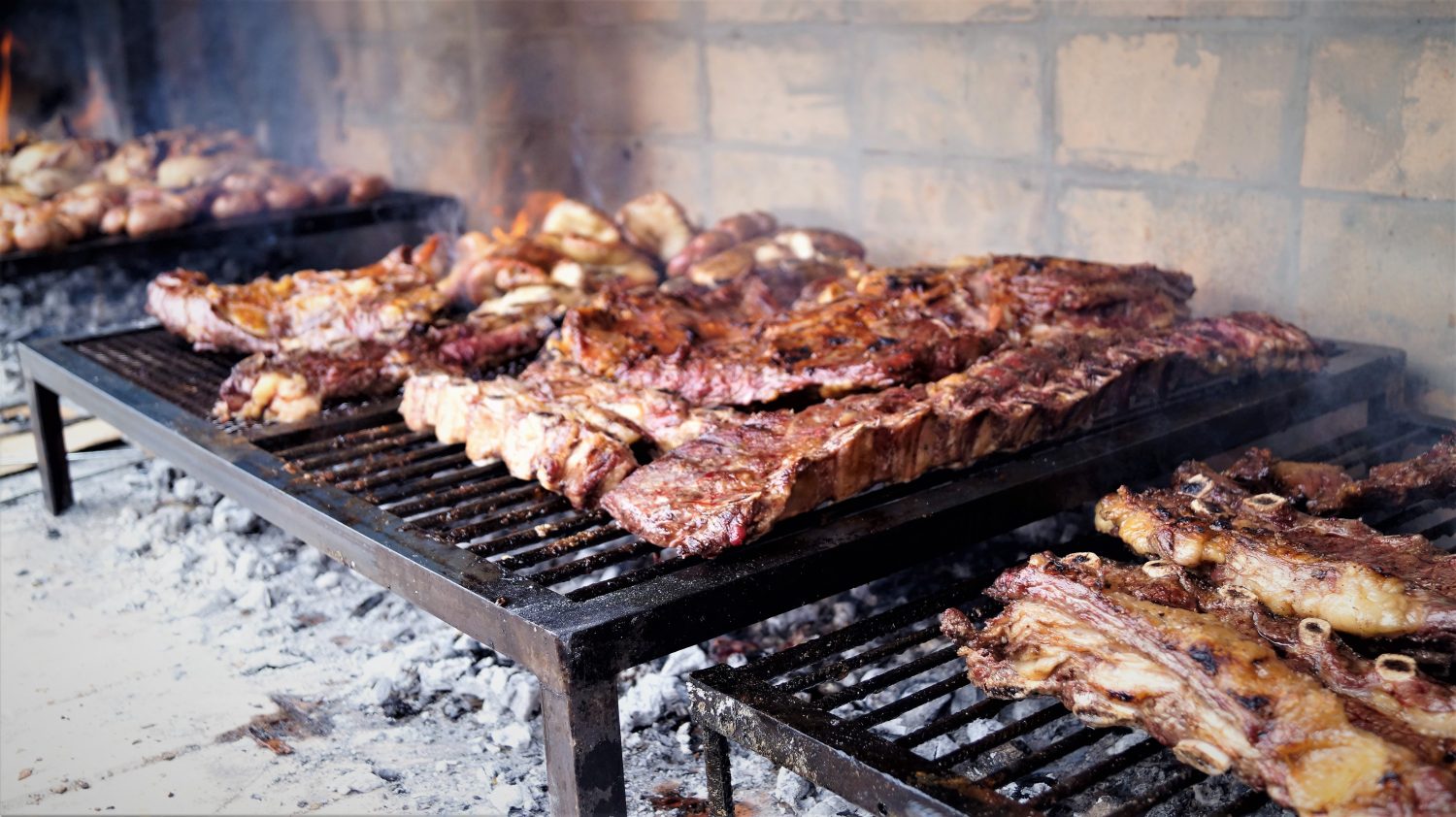 Barbacoa originated in the Carribbean, a creation of the Taíno people of the West Indies. However, the first documented use of the term “barbacoa” was by a Spanish colonist who was describing how Taíno cooked meat.

Barbacoa is credited as the birthplace of barbecue. Traditionally, the barbacoa was roasted in a pit covered in fire-resistant leaves. In Mexico, they usually use agave leaves to cover the meat, though banana leaves, avocado leaves, and others can work too.

Generally, barbacoa means slow-cooking meat outdoors or in a pit with maguey (agave) leaves. This meat usually consisted of sheep, goat, lamb, or mutton. Nowadays, most of the barbacoa made in the U.S. is beef.

Like carnitas, barbacoa varies based on what region it's served in. In northern Mexico, barbacoa is often served in tacos, removed from its juice. However, in Jalisco, they serve their barbacoa in the broth it releases throughout the roasting process. The consommé is often served with the barbacoa or on the side as a soup.

The 2 Main Differences Between Carnitas and Barbacoa 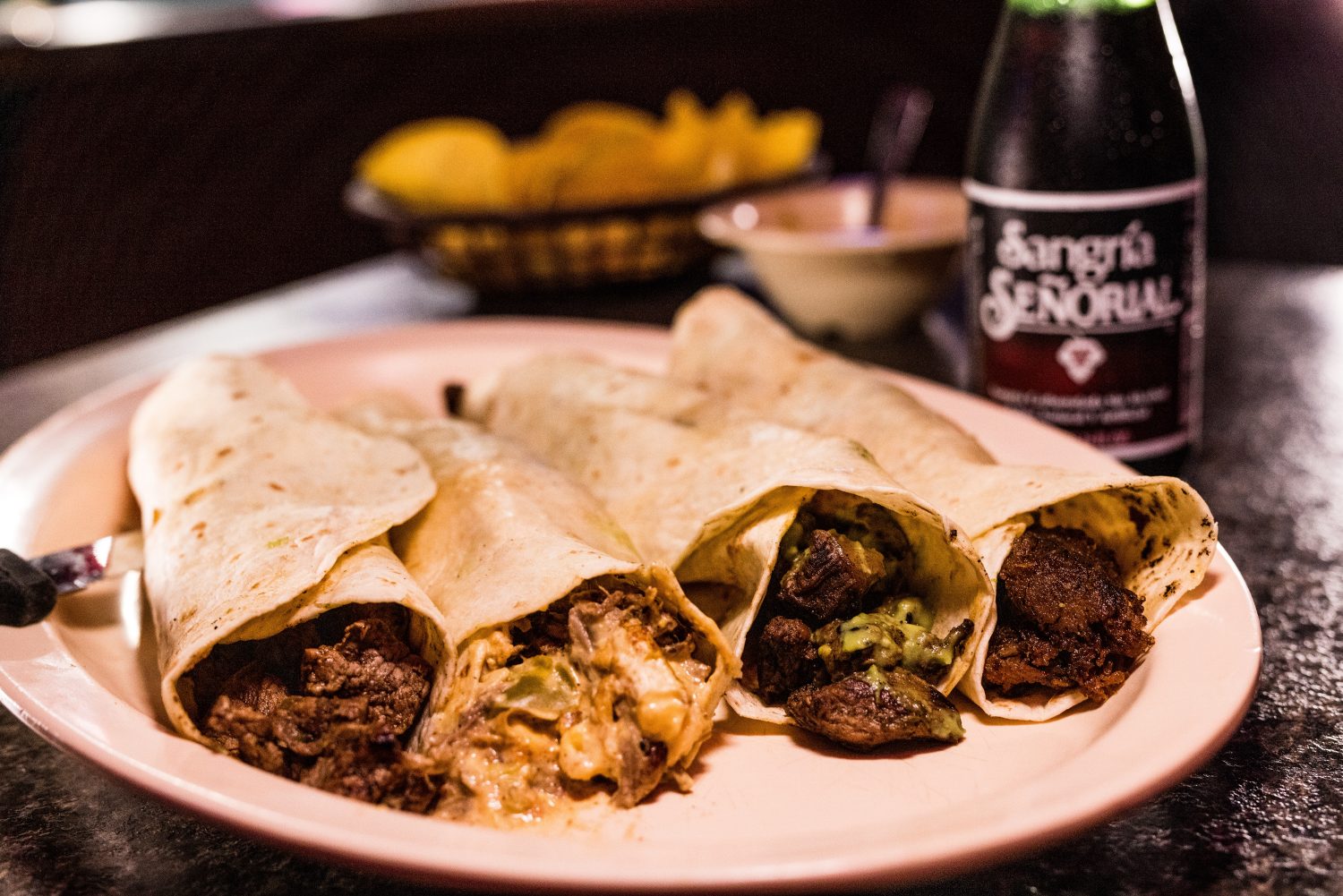 There are many differences between carnitas and barbacoa, but, for now, we’ll stick with the main two:

As we now know, carnitas is pork-based. Barbacoa, on the other hand, was often made with lamb, goat, sheep, mutton, or beef.

As for the cooking method, carnitas are simmered and fried in their own fat. Barbacoa was usually cooked in holes in the ground using the whole lamb or goat, not individual cuts with added liquid. Barbacoa is also not fried or crisped, as carnitas are.

On top of those two differences, there’s also the flavor. Carnitas, while delicious, are far lighter than barbacoa, which has a much more robust flavor profile. Plus, texture-wise, carnitas will have a slight crisp to them as they are fried, whereas barbacoa will be far chewier. Both are tender, but a little different. 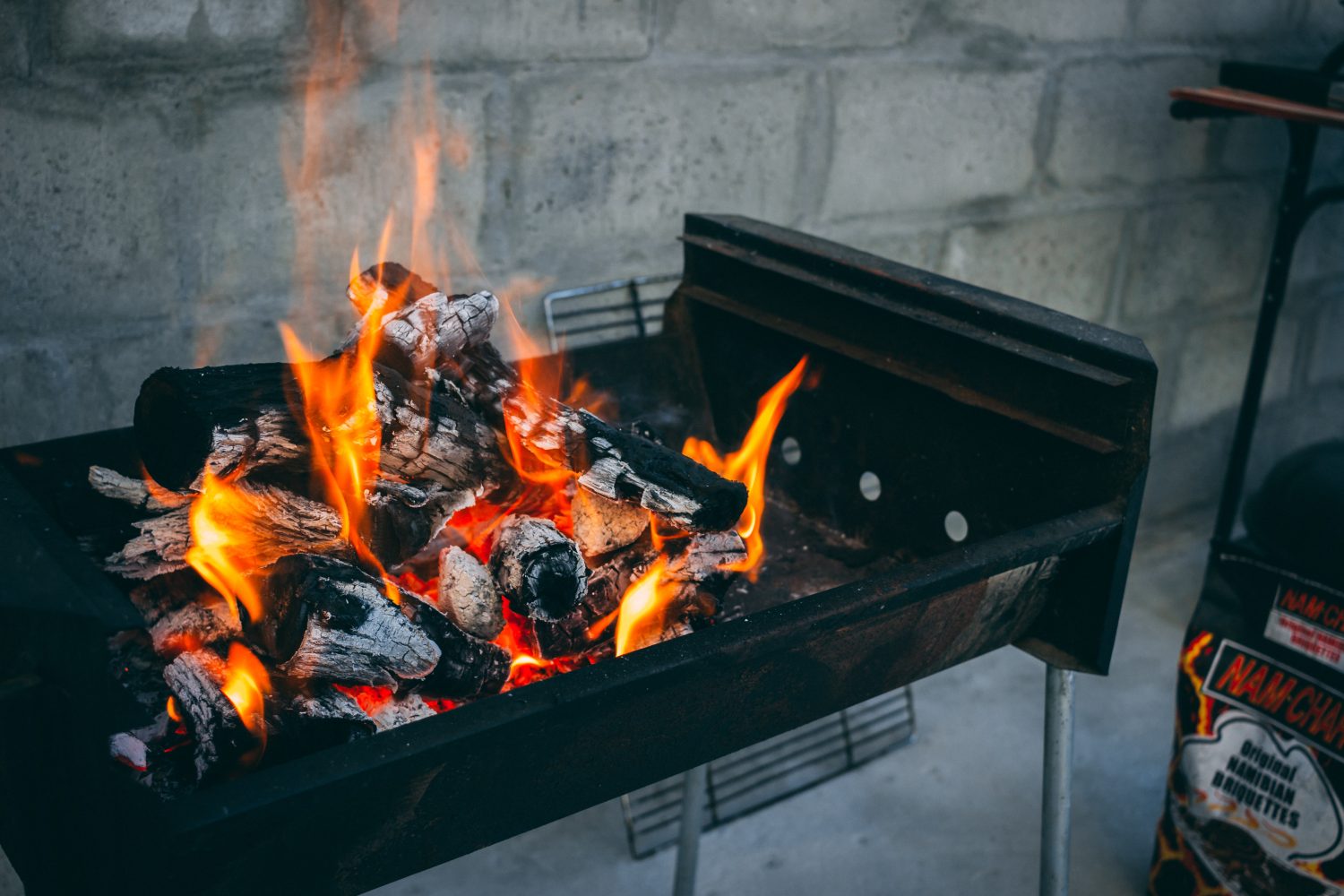 Traditionally, carnitas are prepared by using a copper pot over an open fire, but modern technology has changed that. Now, there are several newer methods, such as using a cast-iron pot over the stove or baking it using an oven bag.

If you don’t want to cook it in lard, brine the pork before cooking it to ensure it will stay moist despite the lack of fat.

To make carnitas, you will need pork, lard, salt, water, and garlic. If you want to add some seasonings, you could experiment with milk, orange juice, seasoning bundles (such as the Hierbas de Olor), jalapeños, or whatever floats your boat.

Today, we’ll cover the simplest way to make carnitas. You can find many variations of this recipe (and others) online, so feel free to do your own research or tweak as you go!

Melt your lard in a cast iron pot or Dutch oven, depending on what you’re working with. Add in the chunks of pork, garlic, water, and salt, and then bring it to a boil while covered. Once there, reduce it to a simmer and let it cook for about 45 minutes or so.

Next, uncover the pot and increase the heat to medium-high. This is where you’ll want to start reducing liquid, so let that steam fly!

Eventually, the pork will begin frying at the bottom of the pan as the water evaporates, since only the fat will remain. Stir it frequently as it fries to ensure an even brown and crisp, usually between 15 and 20 minutes. 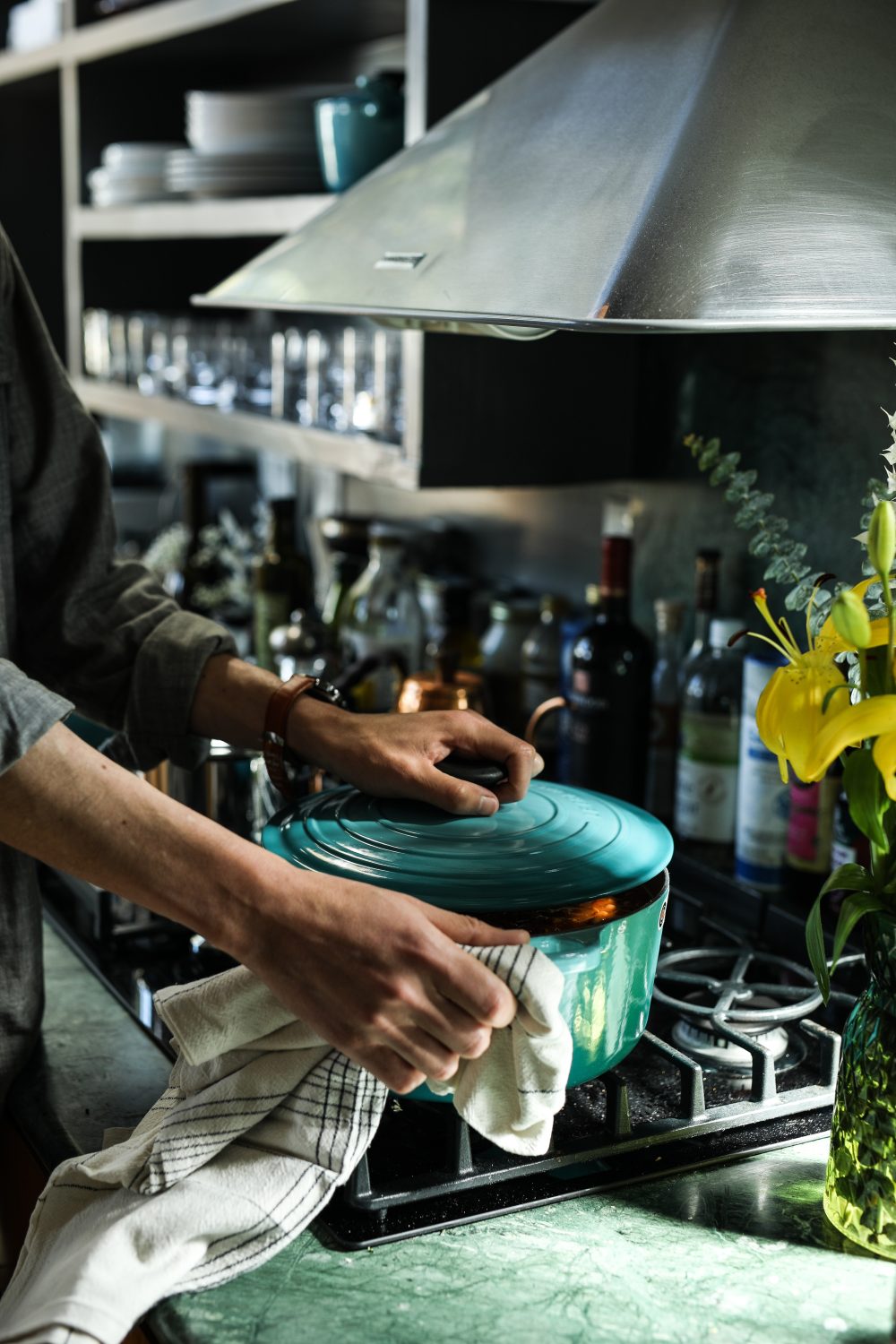 Luckily, crockpots have come around, so cooking barbacoa is no longer such an intense labor of love. For one thing, now you don’t have to dig a hole in the backyard!

There are many ways to make barbacoa, so it may be wise to do some research ahead of time. You can cook barbacoa in the oven or in an Instant pot, but we’re going to cover a more traditional method below.

For this, you’ll need your preferred marinade, a hefty cut of beef (or lamb), and agave leaves. However, it’s unlikely you’ll be able to source fresh agave leaves if you live in the United States. If that’s the case, look for banana leaves! You can often find them at your local Mexican grocer, both frozen and not.

Make your marinade for the beef, then vigorously rub it into the meat and leave it to rest for 24 hours. You can marinate it overnight if you’re in a pinch, but if you want to bring out the flavor, let it sit for a full day or even longer.

Once the meat has marinated, line a cast-iron pot with your chosen leaves. You will want them to cover the beef, so create an overhang. Place your meat on the leaves and cover with the overhang, adding more leaves if there are gaps. Then cover and cook on low heat for several hours. Try not to peek as it cooks, you want the steam to stay inside!

And there you have it! The meat should be pull-apart tender, so you can literally pull it apart with a fork or with your hands. Serve it with the consommé or throw it in a burrito for a flavorful dish.

Do Carnitas Taste Better than Barbacoa?

Barbacoa versus carnitas: the ultimate showdown.

I wish I could give you a straight answer, but the truth is that it really depends on your preference. Barbacoa is far more flavorful than carnitas (that marinade, though!), so if you prefer a more robust profile, barbacoa is for you. These tender bites of beef are soft and chewy, whereas carnitas are fried, so they’ll be crispy and tender.

I prefer pork to beef, but I have to admit that the tender and robust flavor of barbacoa is pretty unbeatable. If you’re a less risky eater, I recommend trying the carnitas first.

Should You Order Carnitas or Barbacoa at Chipotle? 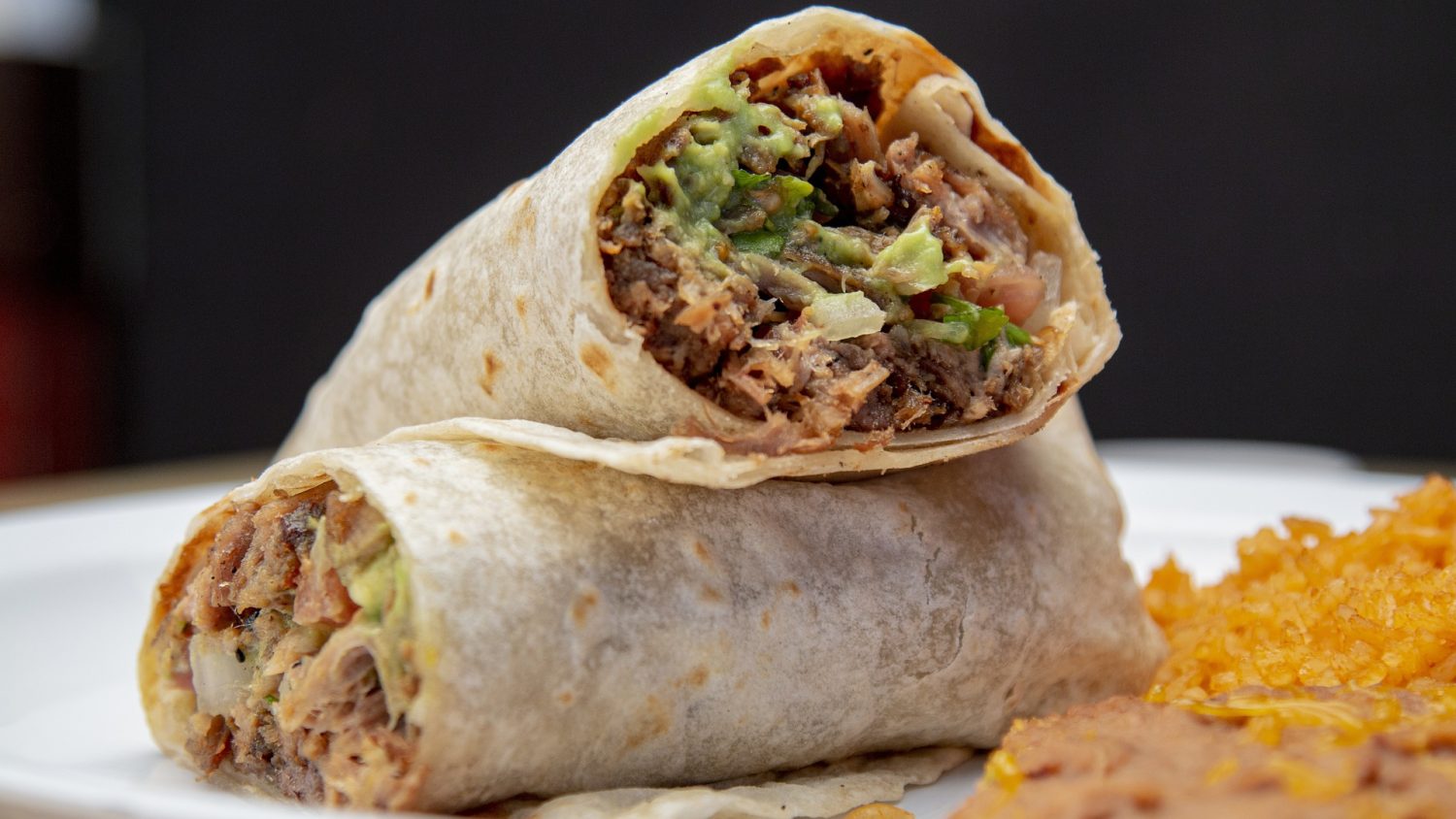 Allegedly, the braised pork carnitas are Steve Ells’ (the CEO of Chipotle) favorite meat option, so you know they’re gonna be good! Their carnitas are also the least spicy option on the menu, so keep that in mind if you don't like heat.

Their barbacoa is beef-stewed in a spicy Chipotle adobo that packs quite a punch. It’s juicier and more tender than the carnitas, and quite flavorful. However, carnitas' fried texture is snappy and works wonderfully in tacos or a burrito!

Chipotle’s barbacoa has one more gram of protein than their carnitas, but 24 versus 23 doesn’t seem like a huge difference to me. The carnitas does have more fat (seeing as they’re cooked in it), so if you’re watching your cholesterol or fat intake, consider the barbacoa. If you’re keto or carb-free, the barbacoa has two grams of carbs whereas the carnitas has none. All things to consider!

There you have it, folks!

I don’t know about you, but I am now very hungry. Whether you’re feeling the slight crisp of tender carnitas or the robust flavor of barbacoa, I hope you’re getting hungry too!

So, get out there and try something new. Happy eating! 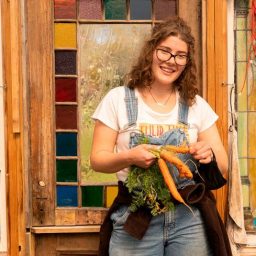